Twitter claimed recently that it would only punish users who tweeted the phrase “learn to code” as part of targeted harassment campaigns, but a review of account restrictions suggests otherwise.

The “learn to code” meme gained popularity after masses of journalists were laid off from Left-leaning news outlets, including BuzzFeed News, The Huffington Post and Vice. After the meme gained traction, internet forums — particularly 4chan — were filled with users pointing out that many journalists offered similar career advice to coal miners who lost their jobs leading up to the 2016 election.

The Wrap’s Jon Levine reported in late January that Twitter was cracking down on people who tweeted “learn to code” at recently laid off journalists. According to a Twitter spokesperson who was Levine’s source, such tweets would be treated as “abusive behavior.” 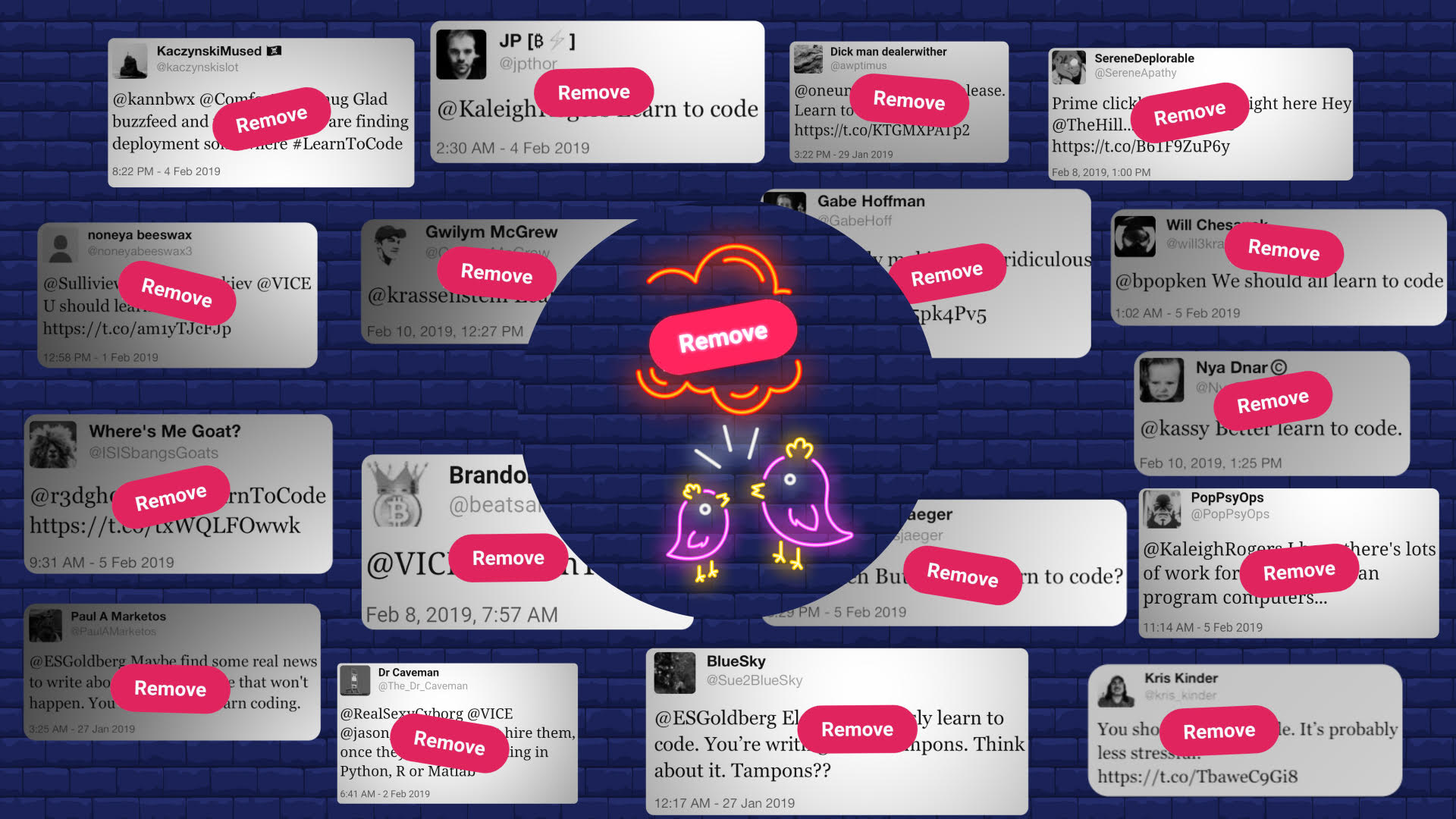 Twitter later walked back that claim, insisting that its policy on “learn to code” was more “nuanced.”

“Twitter is responding to a targeted harassment campaign against specific individuals — a policy that’s long been against the Twitter Rules,” the social media company said in a statement.

Twitter’s rules prohibit “abuse,” which is defined as conduct that “harasses, intimidates, or uses fear to silence another user’s voice.” While Twitter claims it only punishes people who use “learn to code” to engage in harassment, in practice, that’s not the case.

Other Twitter users sent the Caller their own examples of account restrictions and suspensions after tweeting “learn to code” at various journalists and news outlets — including conservatives who were in on the joke. (RELATED: Feminists Banned By Twitter Fires Back With Lawsuit)

The Caller reviewed dozens of emails from Twitter telling users to either delete tweets containing “learn to code” or request an appeal. Twitter’s system prevents restricted accounts from accessing certain functions on the platform until they remove the tweet or win the appeal process.

One user was restricted despite not even completing the phrase, tweeting only, “Learn to…” 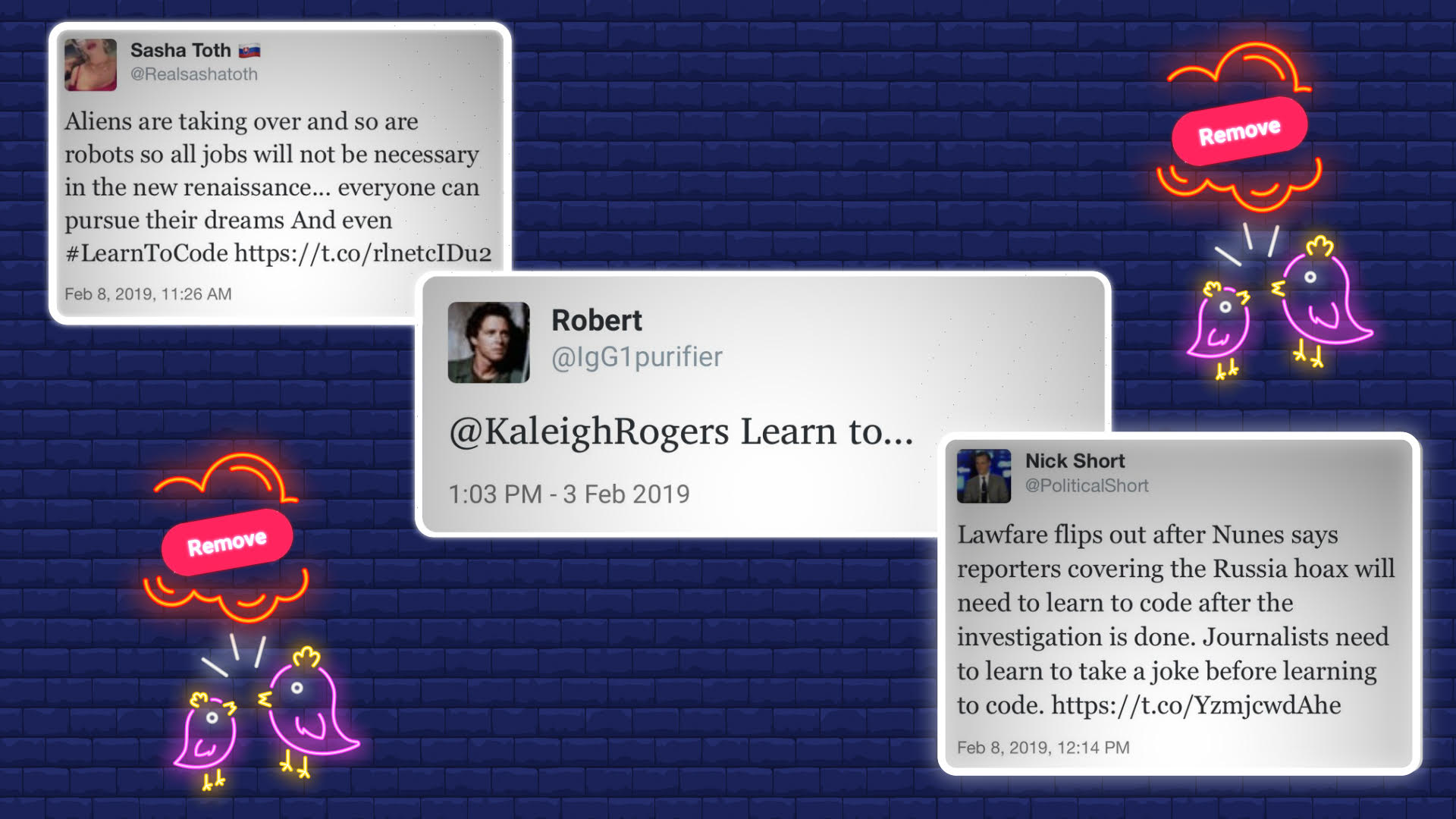 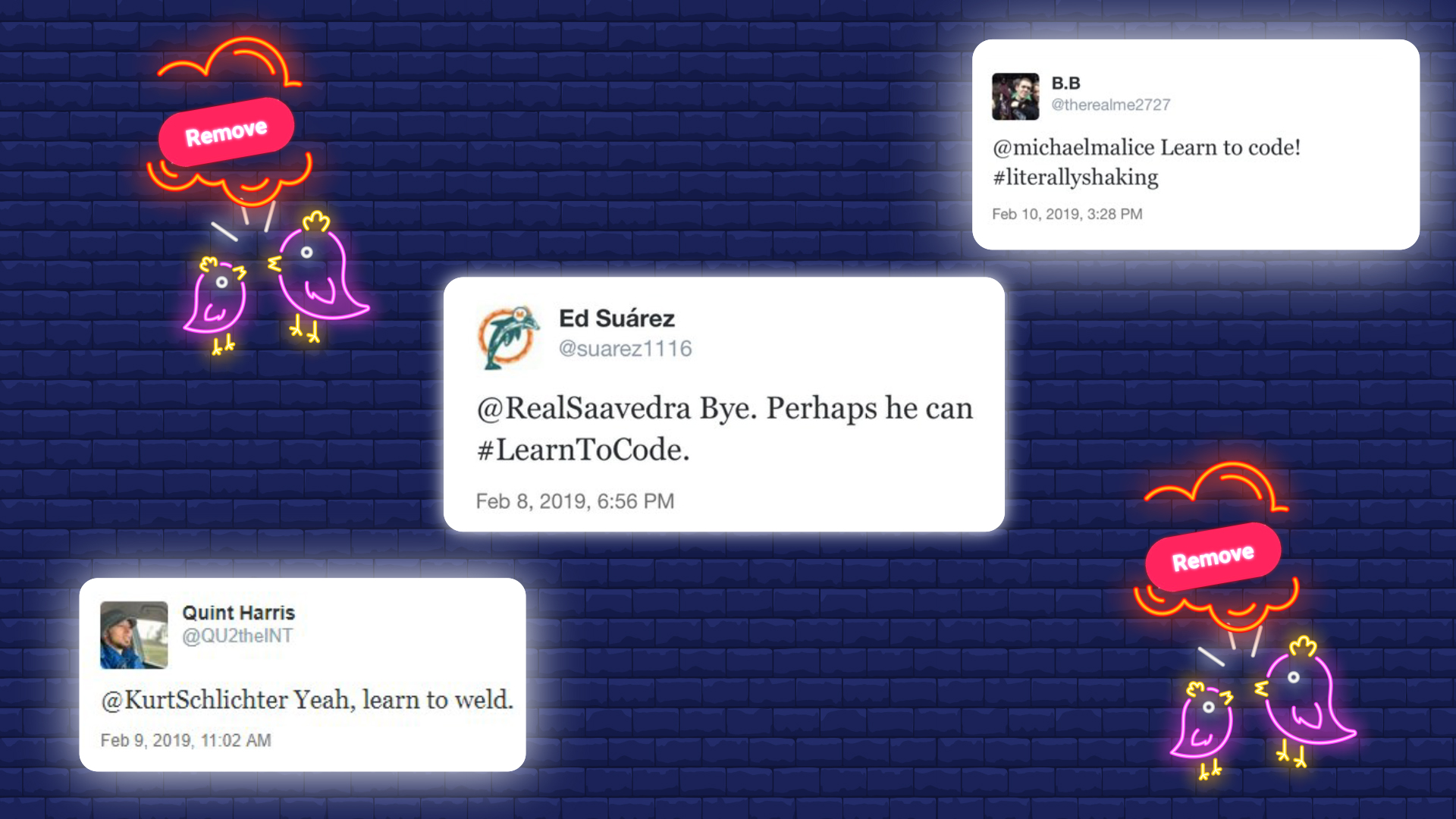 This reporter tweeted a variation of “learn to code” in response to a journalist, highly similar to the tweets referenced above, and experienced no pushback from Twitter. (RELATED: Two Conservatives Suspended From Twitter — One For Tweeting About Brussels Sprouts)

Several of the accounts who reached out to the Caller indicated that they attempted to appeal Twitter’s decision to restrict their accounts but had not received a response in days.

The Caller reached out to Twitter to see if it would update or review its policy on “learn to code” in light of its inconsistent application.

Twitter responded only by reiterating its previous statement about targeted harassment.

Twitter’s restrictions on “learn to code” appear to disparately impact small, unverified, and/or anonymous accounts who have little recourse against the tech giant — something that could arguably embody Twitter, and the tech world’s censorship, in general.