The Democratic National Committee (DNC) on Thursday used the one year anniversary of the Parkland, Florida, school shooting that left 17 people dead to push for campaign donations.

The DNC sent out an email from Manuel Oliver, whose son died in the Parkland shooting, asking recipients to “stand with Democrats who will work to solve our nation’s gun violence epidemic” by giving the DNC their name, email address and zip code. 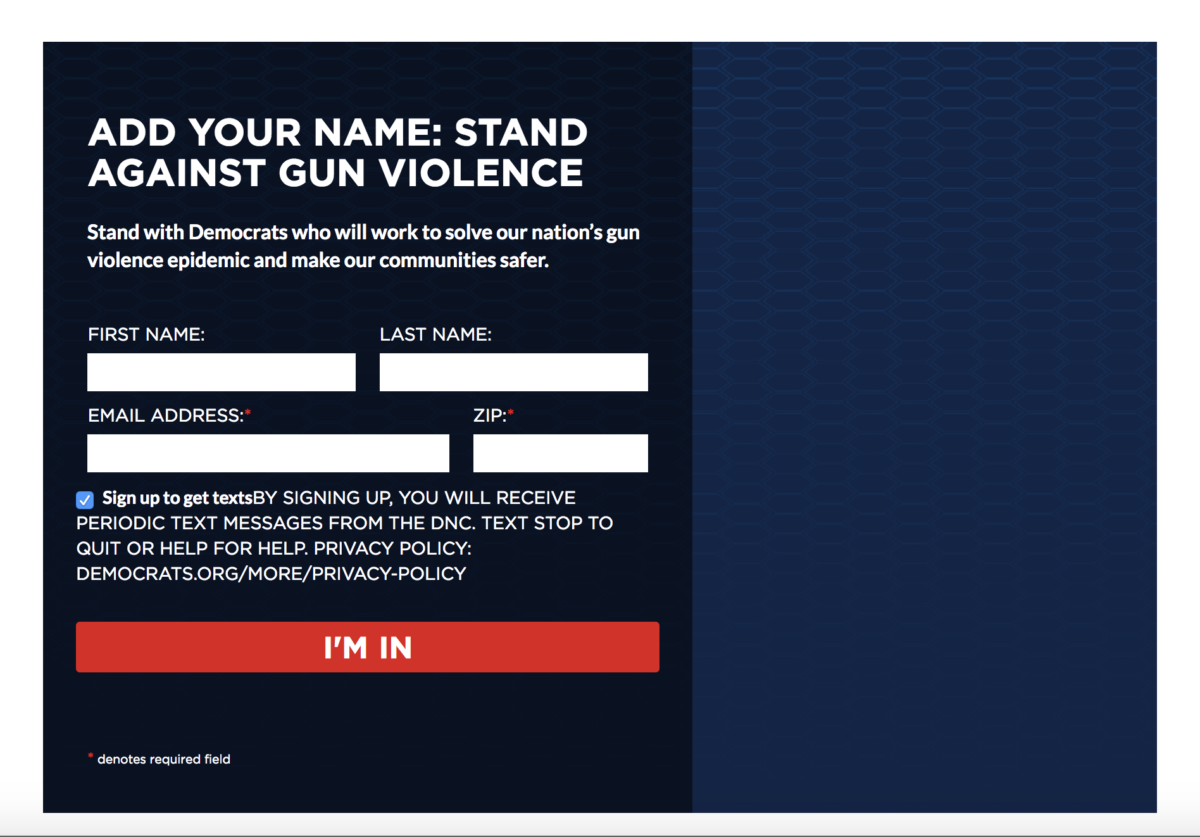 “No other country has to live through mass shooting after mass shooting like the United States. It’s not just a coincidence. It’s what happens when [National Rifle Association]-backed politicians refuse to act while the gun lobby fills their pockets. It’s why we have to be doing everything in our power to elect Democrats who will finally act to make a change,” read the email from Oliver. 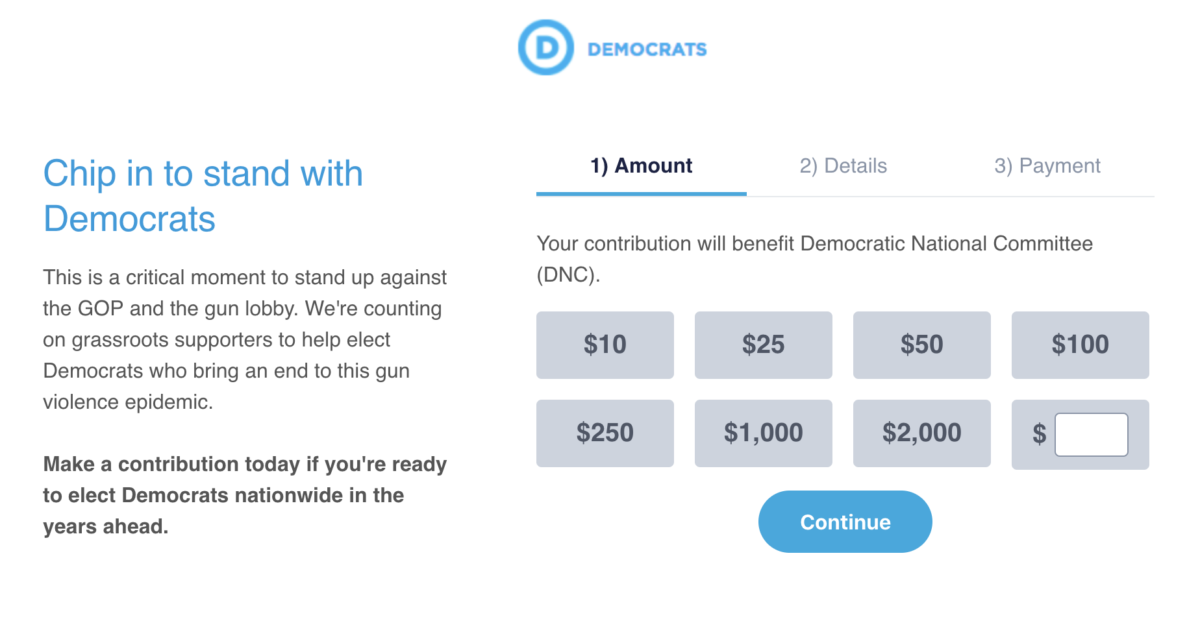 Those who “stand with Democrats” by giving the DNC their personal information are immediately redirected to a page asking for money “to stand up against the GOP and the gun lobby.”

Thursday wasn’t the first time that the DNC fundraised off of the Parkland shooting.

The day after the shooting, the DNC sent out an emotional email, signed by DNC Chair Tom Perez, asking supporters to sign a petition telling Congress that “it’s past time to take action to address our country’s gun violence epidemic.” (RELATED: Tim Scott Rips Democrats For ‘Capitalizing On A Heinous Crime’)

Then, too, anyone who signed the petition was redirected to a donation page asking for money to “help Democrats take on the gun lobby.”