Valentine’s Day started as an early saint’s feast day, but people have a medieval English poet to thank for today’s pressure to go on expensive dates.

Valentine’s Day began with early Christians’ veneration of two different saints, Valentine of Rome and Valentine of Tern. For all intents and purposes, the church’s veneration of the composite St. Valentine differed little from any other Christian saint’s feast day and did not feature any focus on love or celebration of courtship and marriage. 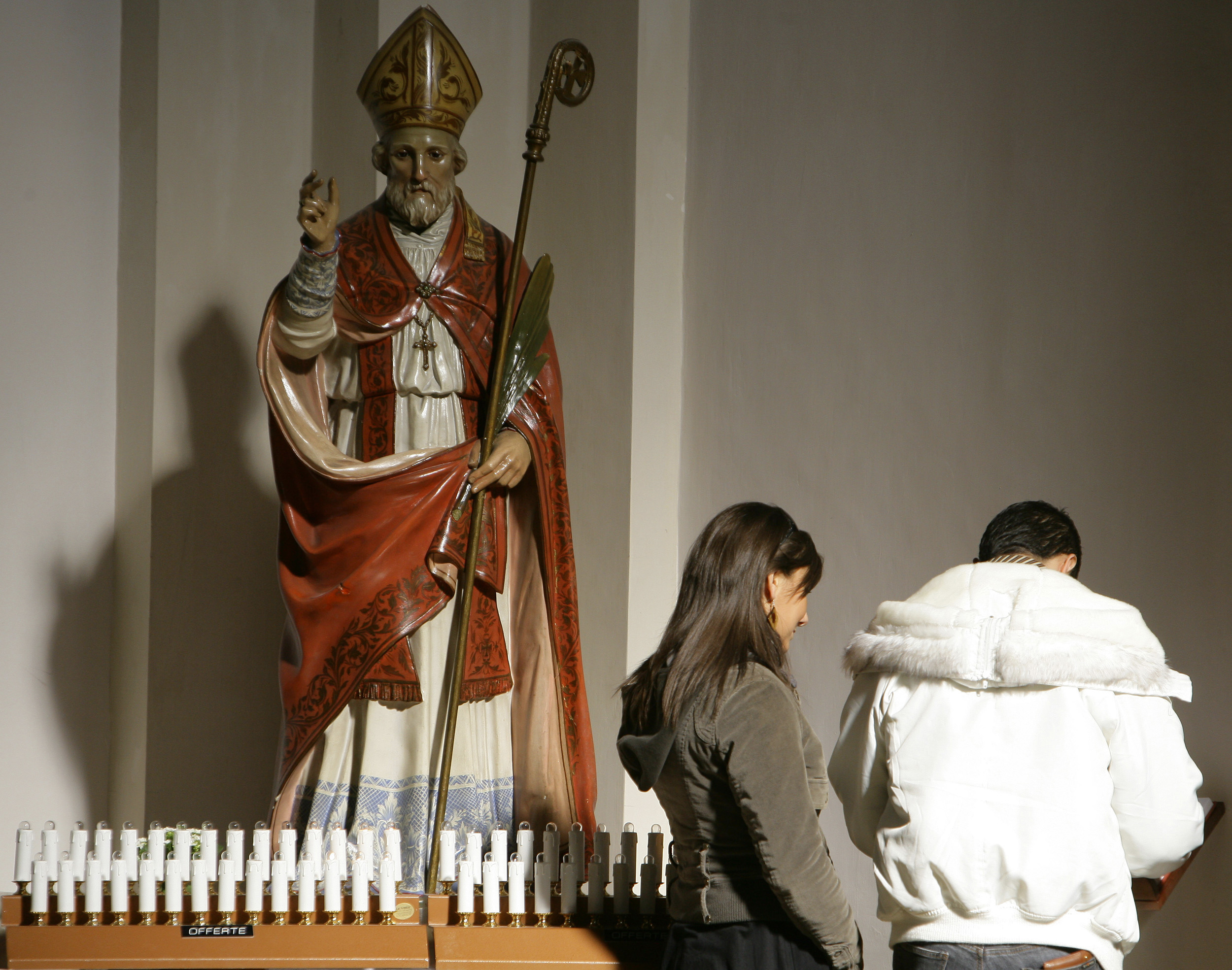 A couple stands in front of the St.Valentine’s statue inside the St. Valentine Basilica in Terni, Umbria, February 10, 2008. REUTERS/Daniele La Monaca (ITALY)

Legends concerning St. Valentine’s ancient defense of marriage, and many other of his purported deeds, have so little historical proof that the church ceased to venerate him in 1969, though they still recognize Valentine as a saint. So how did St. Valentine’s day become a celebration of romance? (RELATED: Here’s How Christians Celebrated Christmas Throughout The Ages)

Look no further than Geoffrey Chaucer.

The first recorded reference to St. Valentine’s day as a courtship-themed holiday appeared in Geoffrey Chaucer’s poem “The Parlement of Foules,” written and published in the early 1380s. Chaucer referenced Valentine’s Day as the day “Whan euery bryd comyth there to chese his make” and young lovers follow suite.

Authors John Clanvowe,  Oton de Grandson, and John Gower, who were contemporaries of Chaucer, also wrote of Valentine’s Day as a day of romance, though scholars generally believe that Chaucer was the first to do so and therefore popularized the idea, according to Interesting Literature.

Chaucer, however, may not have been referencing the traditional February 14 Valentines Day. Some scholars posit that he meant to reference May 3, the day on which bishop Valentine of Genoa died in 307 A.D., given the fact that he also referenced St. Valentine and bird courtship in a poem about the coming of summer and the fact that the engagement of his benefactor, Richard II, to Anne of Bohemia was announced on May 3.

The May 3 theory is disputed in academic circles, however, as historians note that it was a common belief in France and England in the middle ages that February 14 marked the day birds began to court. Regardless of which date Chaucer meant to reference, and which particular Saint Valentine he meant to venerate, his characterization of the holiday as one of romance has persisted ever since.

While the notion persists in popular thought that Valentine’s Day can be traced back to Roman celebrations of Lupercalia, the pagan celebration’s only similarity to St. Valentine’s day is the shared date of February 14. Roman priests would gather in the cave where they believed a female wolf had raised Romulus and Remus, who they believed to be the founders of Rome. 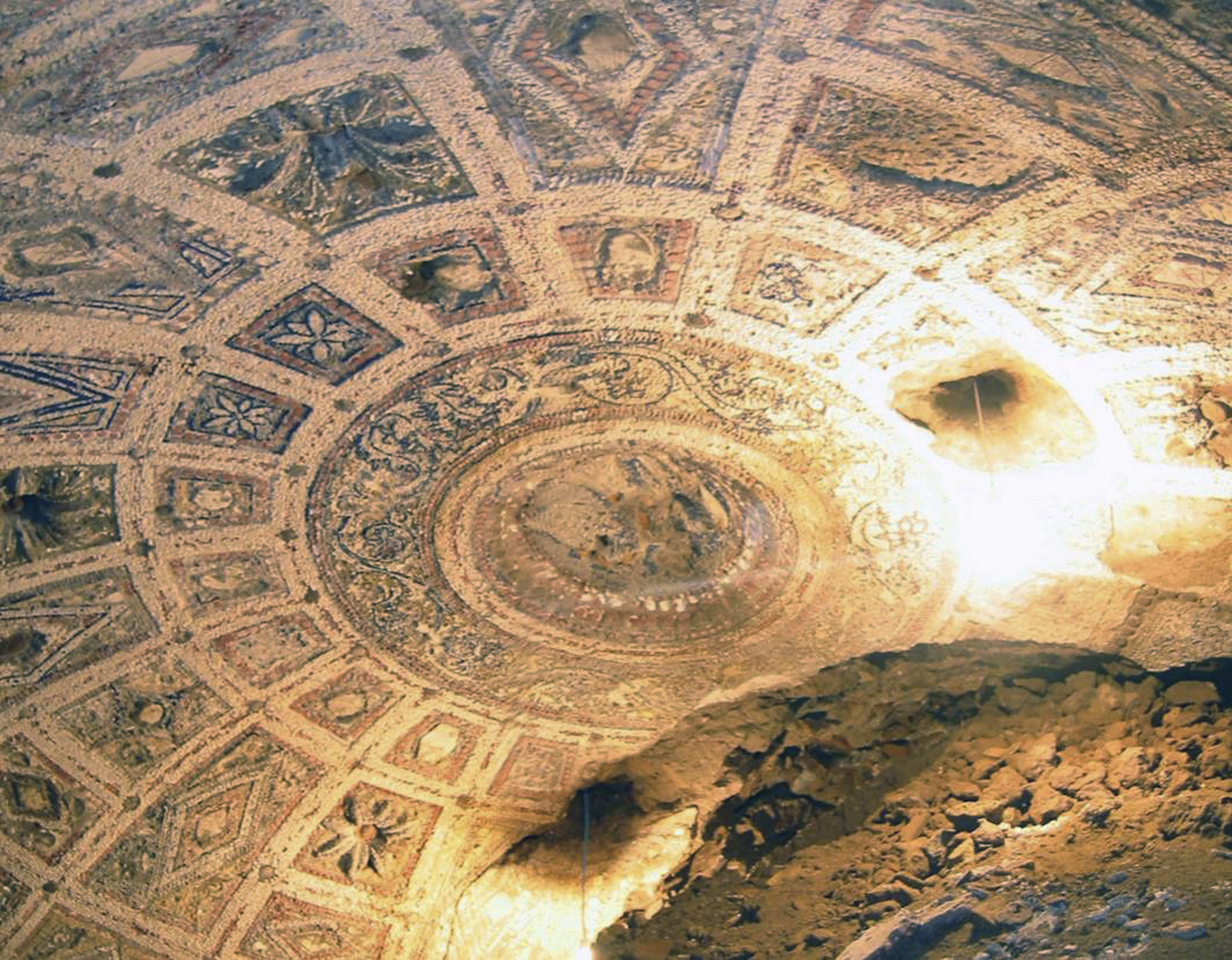 The Lupercalia cave, a structure rebuilt at Palatine hill during the reign of Roman emperor Augustus to commemorate the place where due to legend a she-wolf nursed Romulus and Remus, is shown in a handout photo during an archeological study of the area in Rome released November 20, 2007. REUTERS/Italian Culture Ministry/handout (ITALY).

The priests would sacrifice a goat for fertility and a dog for purification, then dip strips of goat hide in goat blood and run nearly naked around the city and slap passersby with them.

The Roman historian Plutarch wrote in The Life of Caesar:

At this time many of the noble youths and of the magistrates run up and down through the city naked, for sport and laughter striking those they meet with shaggy thongs. And many women of rank also purposely get in their way, and like children at school present their hands to be struck, believing that the pregnant will thus be helped to an easy delivery, and the barren to pregnancy.

Plutarch also observed in his work “Morals” that the primary focus of the festival was the purification of Rome, not courtship.

Historian Jack B. Oruch also refuted the idea that Christians co-opted the pagan festival Lupercalia and transformed it into Valentine’s day to Christianize the culture. Oruch argued that when the 5th century Pope Gelasius outlawed Lupercalia, he did so to snuff out what he deemed to be an anti-Christian practice and did not replace it with another holiday.

“At no point does Gelasius speak of compromise or of adapting any pagan customs: Christians must not keep a place in their hearts for a superstition incompatible with their faith, nor should they contaminate the dignity of their religion and the sanctity of the church. Obstinate violators are to be excommunicated,” Oruch wrote of the pope’s letter to Andromachus.

As for any link between Lupercalia and modern Valentine’s Day courtship, stories about young lovers being paired together for the year during Lupercalia surfaced only after Chaucer’s romantic version of the holiday became popular.