Former Interior Department Secretary Ryan Zinke joined a Washington, D.C., lobbying firm as a senior adviser after stepping down from the Trump administration.

Zinke, who left President Donald Trump’s cabinet at the end of 2018, is joining D.C. lobbying firm Turnberry Solutions, where he will work alongside former Trump campaign manager Corey Lewandowski. The former Interior Secretary will work with Turnberry Solutions’ clients on energy and defense space, and he will split his time between his home state of Montana, Washington and California.

The move marks the first time a former Trump Cabinet official has signed onto a lobbying firm, but Zinke is still limited in his ability to lobby the administration because of the president’s ethics pledge. He is, however, allowed to lobby Congress, where he served as Montana’s sole U.S. representative for one term.

Turnberry Sollutions was founded in 2017 by Mike Rubino, Jason Osbourne Ryan O’Dwyer, all of them aides to Trump’s 2016 presidential campaign. Lewandowski and Zinke are now both senior advisers.

“It is great to have my friends Corey Lewandowski and the Honorable Ryan Zinke to expand the reach of our government relations practice. These two individuals have accomplished much to Make America Great Again,” Osbourne said in a statement.

This isn’t the first job Zinke has taken since leaving the White House. The former Interior Secretary joined investment firm Artillery One, which focuses on cryptocurrency, in January.

“Secretary Zinke brings a wealth of experience and understanding of the workings of business and government,” Artillery One CEO Daniel Cannon stated in January. “His expertise in the energy and technology sectors will help Artillery One to continue to expand its consulting and finance business in the core areas of cybersecurity, energy, fintech and digital assets.” 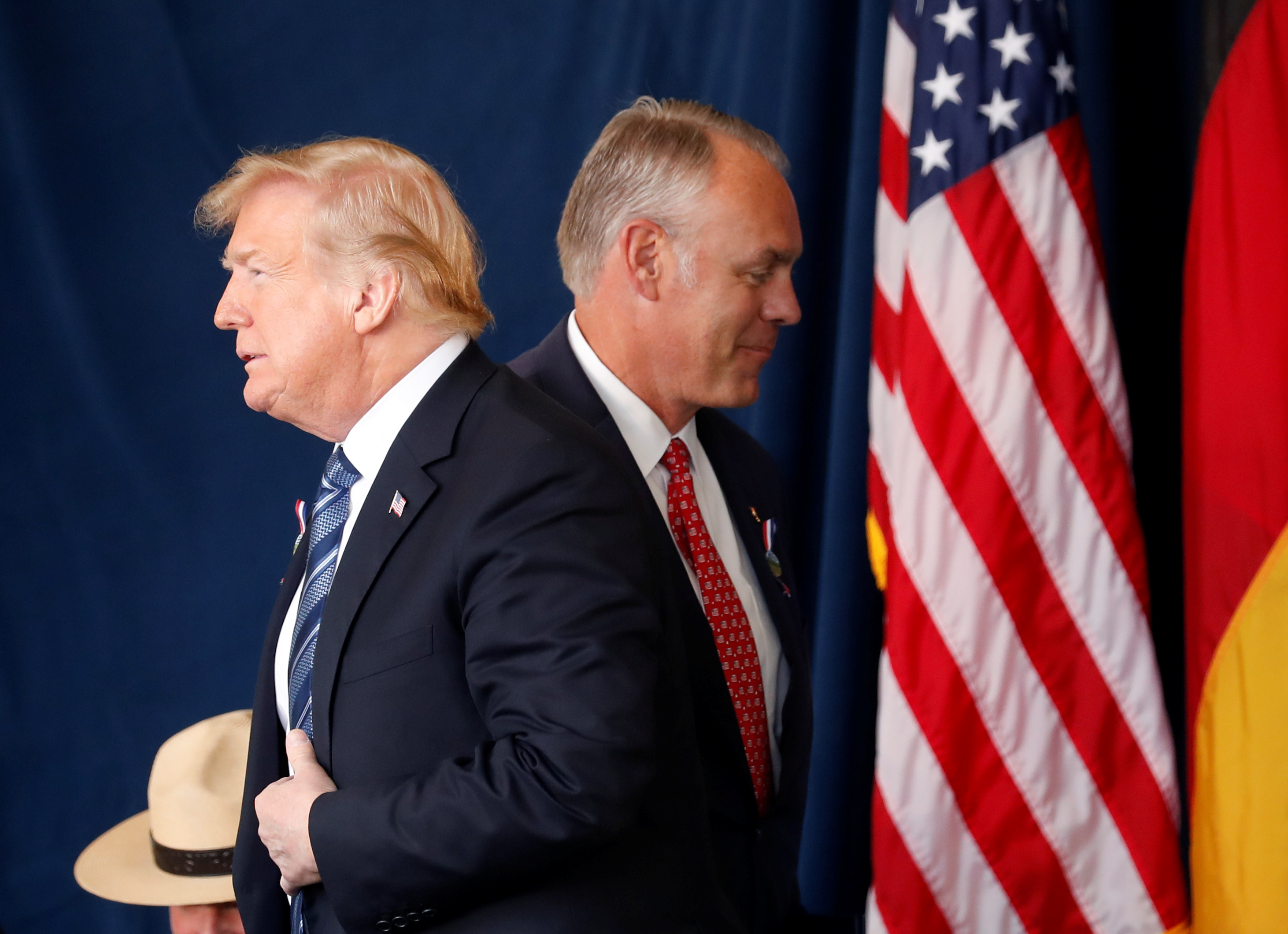 Zinke stepped down from the Interior Department amid mounting ethics investigations into his work. He faced two separate inspector general inquiries regarding his involvement in a proposed Native American casino in Connecticut and a real estate deal in Montana. It was revealed in January that the Justice Department is investigating whether he knowingly lied to his department’s general investigators. (RELATED: 9th Circuit Sides With Trump On Environmental Waivers For Border Wall)

Zinke has maintained that he’s done nothing unethical and has been honest in government interviews. When announcing his departure from the Trump administration in December, the Montana Republican expressed no desire to remain on as Interior Secretary following the 2018 midterm elections, where Democrats won control of the House and vowed to heavily investigate the White House.