Vice President Mike Pence paid respects Friday to the more than 1 million Jews who perished in the Auschwitz concentration camp during his trip to Poland.

Pence and Poland’s President Andrzej Duda, along with their wives, Karen Pence and Agata Kornhauser-Duda, toured the Auschwitz-Birkenau memorial site. Jared Kushner was also in attendance. The tour included viewings of crematoriums and a freight train that was used to displace the majority of the 1.3 million Jews held in Auschwitz, as well as an exhibition displaying inmates’ suitcases, shoes and locks of their hair. 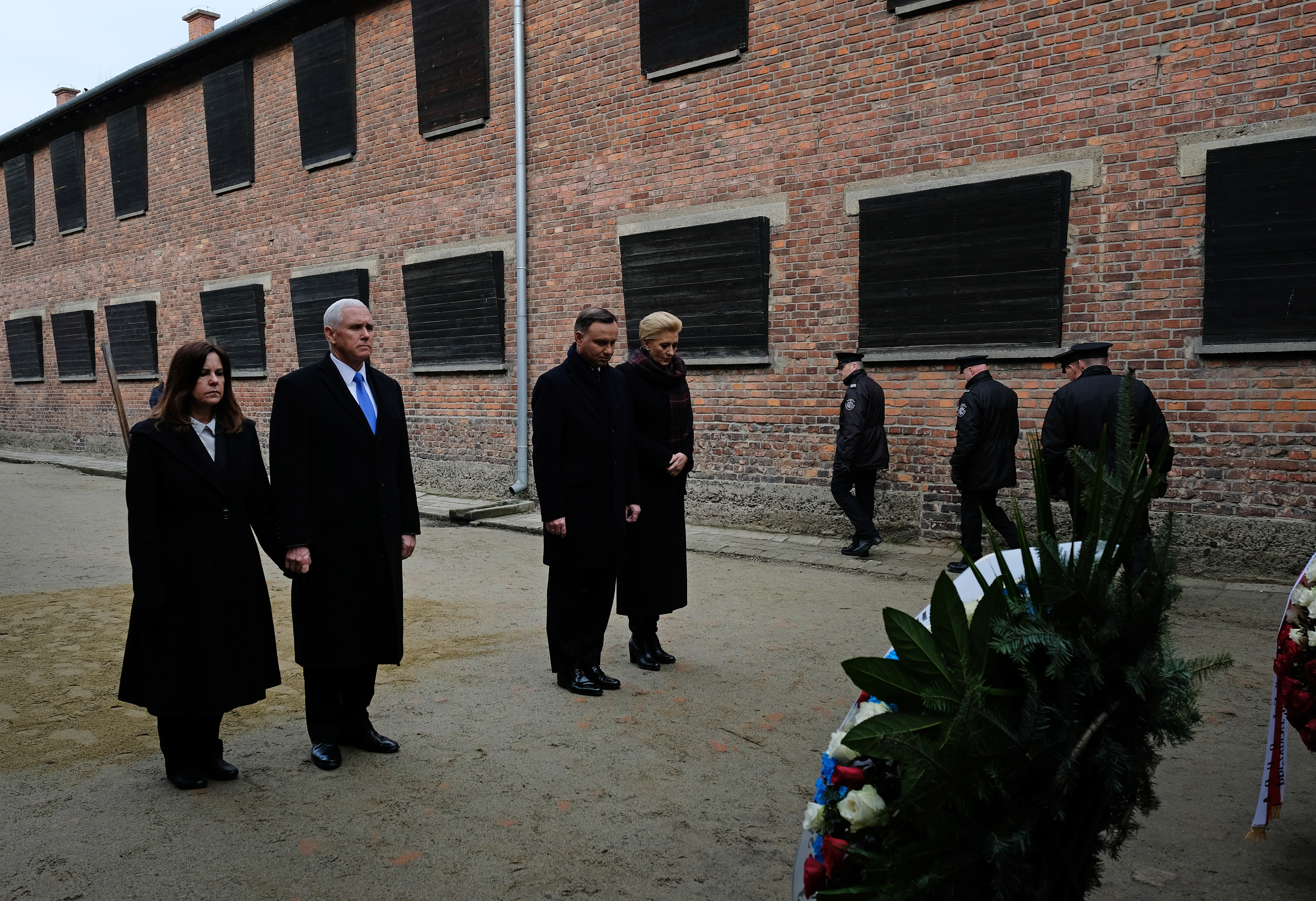 The group also participated in a wreath-laying ceremony at Auschwitz’s Death Wall, a courtyard where prisoners were executed by gunfire, according to Fox News. Pence notably took the time to straighten one of the wreath’s banners that read “From The People of the United States of America.”

The vice president included his visit to Auschwitz as part of a nearly week-long trip throughout Europe where he has been meeting with both American and Polish troops and will attend the Munich Security Conference in Germany. (RELATED: Trump Heads Out In The Cold Rain To Honor The Fallen In Surprise Visit At Arlington National Cemetery)

Only a day earlier, Pence criticized Europe’s stance on Tehran and called on the European Union to withdraw support from the 2015 nuclear deal with Iran. While speaking to world leaders, Pence warned of the Iranian regime’s plan for “another Holocaust” in Israel. The United States has stood with Israel, singling out Iran as the primary barrier to peace in the Middle East. 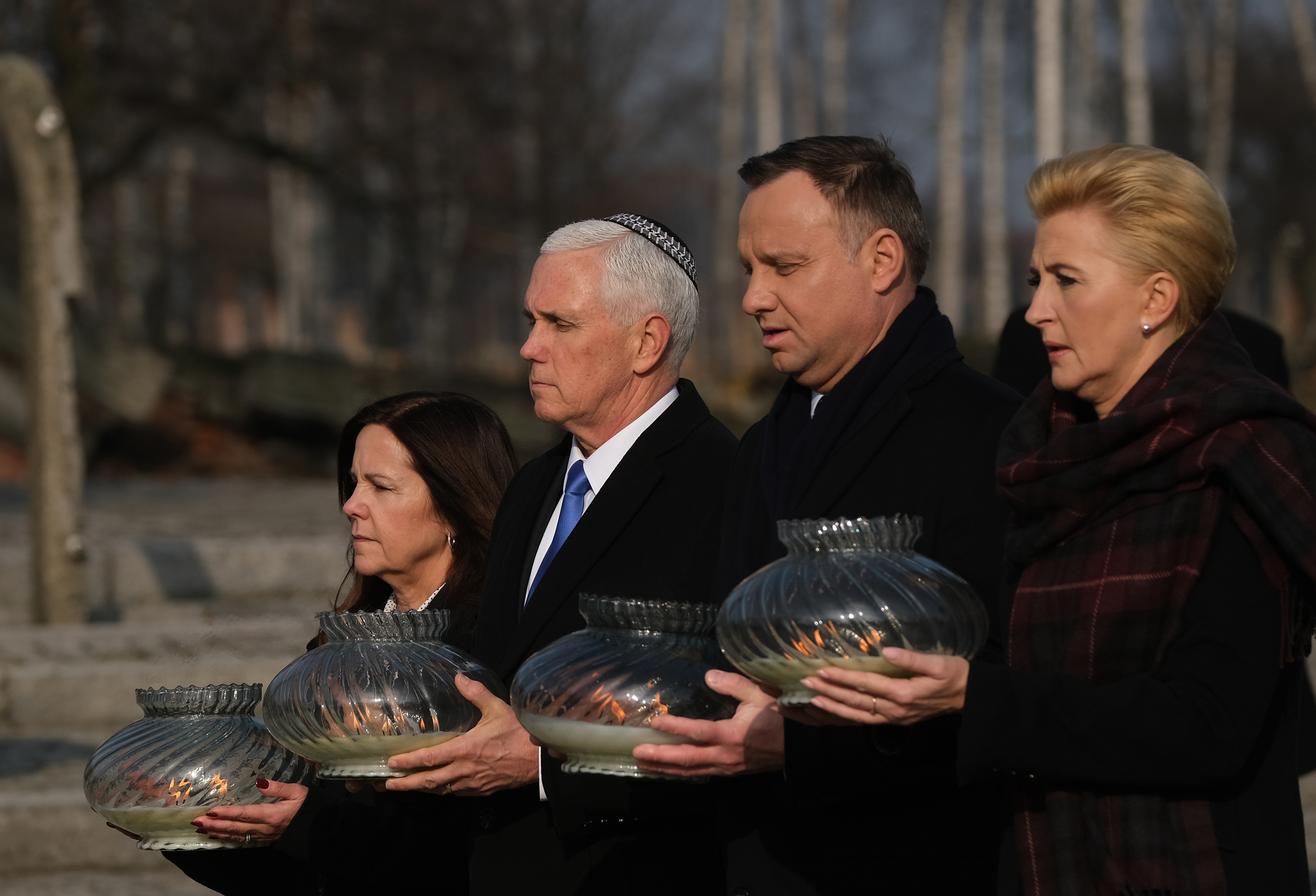 Pence’s trip to Auschwitz comes days after Democratic Minnesota Rep. Ilhan Omar stated Republicans’ support for Israel is bought by the American Israel Public Affairs Committee (AIPAC). The anti-Israel comments received swift condemnation from congressional members on both sides of the aisle, including the Democratic leadership.

Pence immediately responded to Omar, calling her statements a “disgrace” and her apology “inadequate.” He later reiterated his sentiments Wednesday in an interview with MSNBC’s Andrea Mitchell.

“Anti-Semitism has no place in the United States Congress or anywhere in our country or the free world,” Pence said. “I think it was right for Democrat leaders to condemn those remarks but I think it’s important that people that articulate anti-Semitic views are also held accountable.” (RELATED: Ocasio-Cortez Breaks Silence On Ilhan Omar’s Anti-Israel Comments: ‘I’m Proud’) 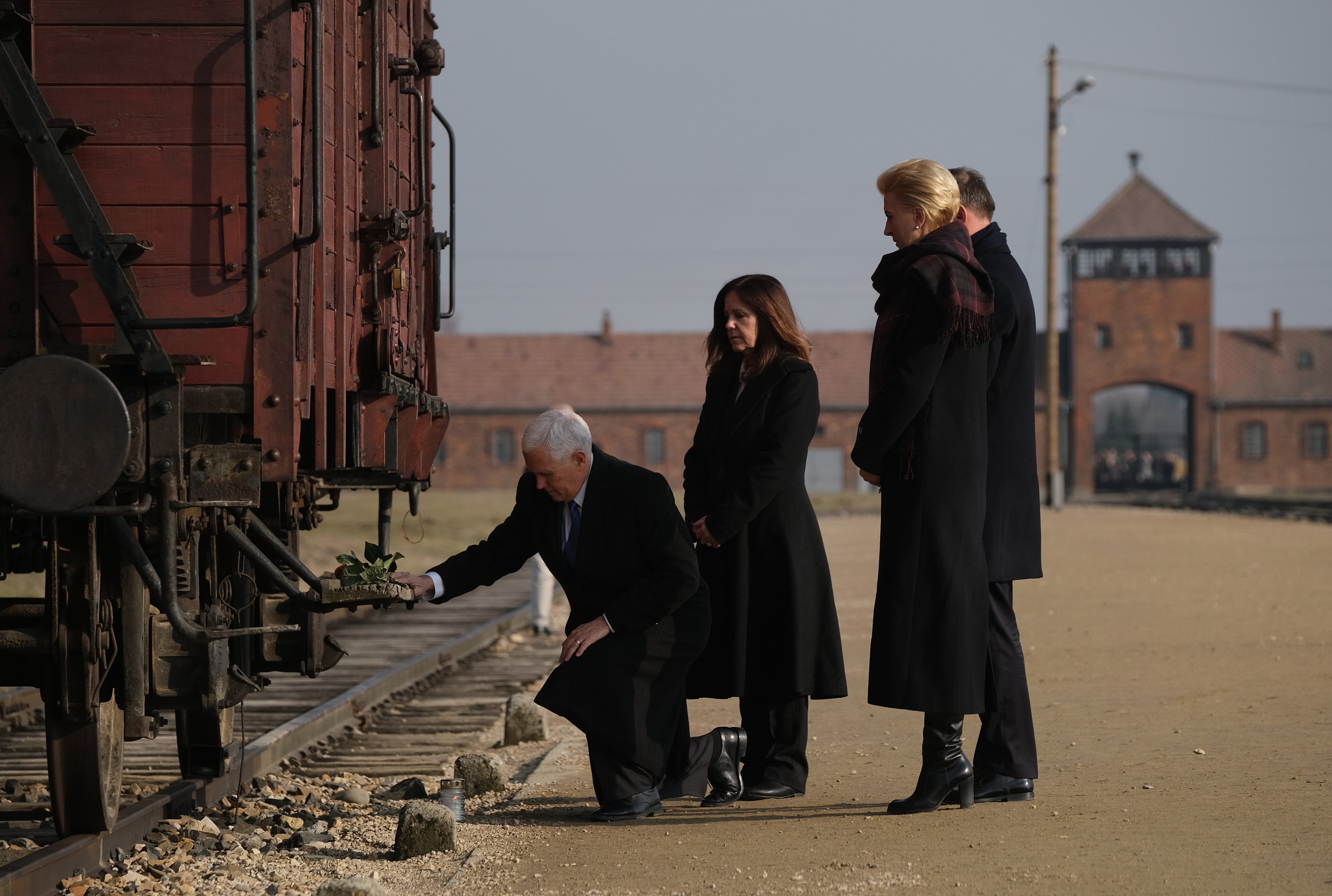 “Unless Representative Omar resigns from Congress, at minimum Democrat leaders should remove her from the House Foreign Affairs Committee,” he continued. “One of the things that always united that committee was strong support for our relationship with Israel and a strong condemnation of anti-Semitism. The truth is anti-Semitism is not just wrong, it’s dangerous and Polish Jews during the Nazi occupation experienced that in one of the darkest chapters in human history.”