The president had already signed the congressional border security funding measure passed by both chambers Thursday night that would deter another government shutdown, but prior that, he announced he would declare a national emergency related to the southern border Friday afternoon.

This national emergency will enable the president to spend $8 billion for a border wall. (RELATED: Trump Frees Up $8 Billion To Build The Wall)

In a joint state statement, both Democratic leaders responded to Trump’s declaration in the Rose Garden:

The president’s unlawful declaration over a crisis that does not exist does great violence to our Constitution and makes America less safe, stealing from urgently needed defense funds for the security of our military and our nation. This is plainly a power grab by a disappointed president, who has gone outside the bounds of the law to try to get what he failed to achieve in the constitutional legislative process. 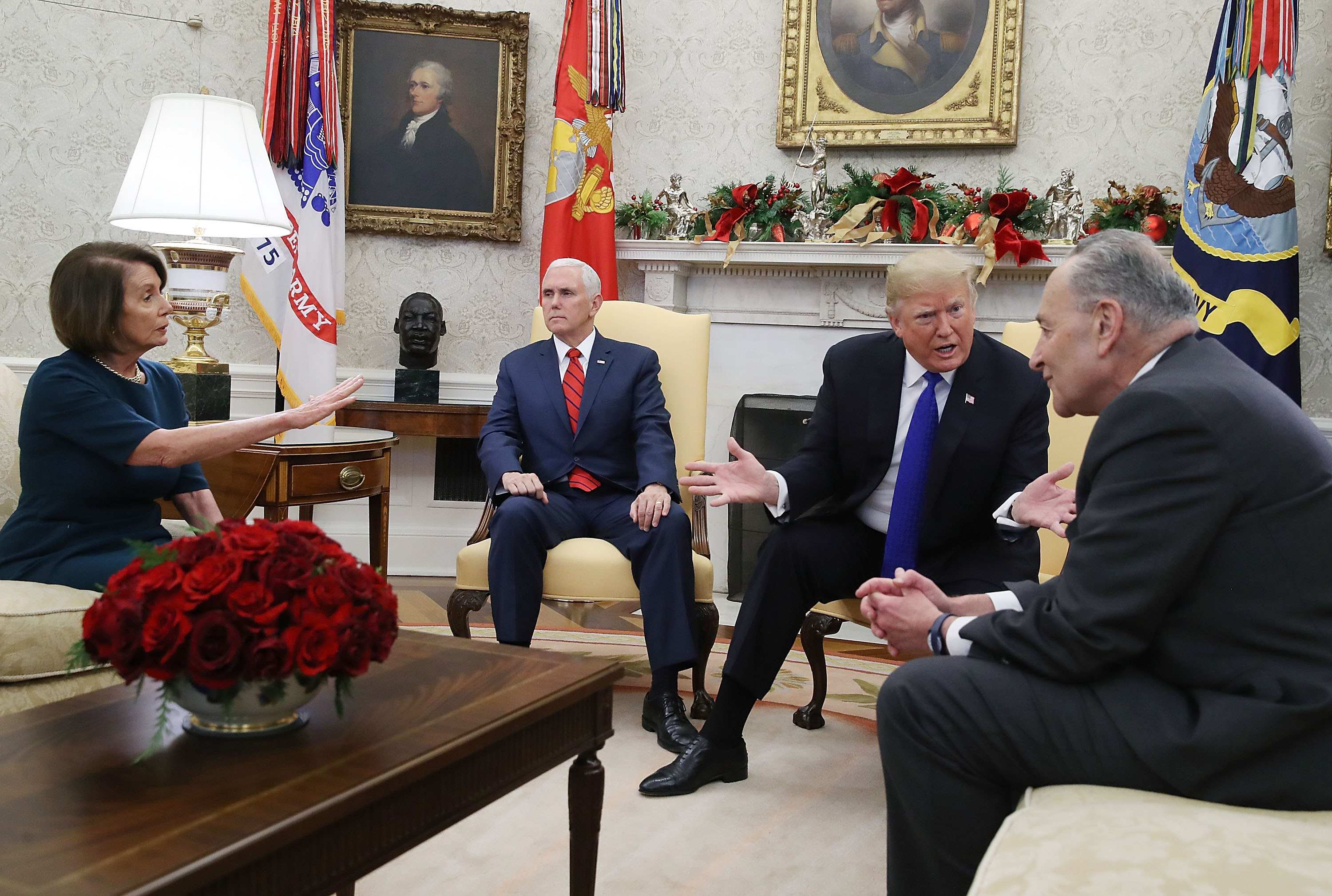 Both Pelosi and Schumer continued: “The president’s actions clearly violate [Congress’] exclusive power of the purse, which our [f]ounders enshrined in the Constitution. The Congress will defend our constitutional authorities in the Congress, in the Courts, and in the public, using every remedy available.”

The House Speaker and Senate Minority Leader went on to say that the issue at hand “transcends partisan politics” and calls for Congress to restrict an “overreaching executive.”

“The president’s emergency declaration, if unchecked, would fundamentally alter the balance of powers, inconsistent with our Founders’ vision.”

The Democratic leaders requested for Republican lawmakers to join them to prohibit the president’s emergency declaration in any way possible.

“The president is not above the law. The Congress cannot let the president shred the Constitution,” Pelosi and Schumer concluded.