The bill was presented by a bipartisan congressional committee earlier this week and quickly passed through the House and the Senate on Thursday. Trump told reporters on Tuesday that he was “not happy” with the bill because it did not fulfill his request for $5.7 billion in wall funding, but it seemed likely that the president would sign it anyway.

The president officially signed the bill on Friday afternoon, just a few hours after addressing reporters in the White House Rose Garden about other funding options available for building the wall, including the declaration of a national emergency at the border. (RELATED: Trump’s Declaring A National Emergency — Here’s What You Need To Know)

President @realDonaldTrump signs the Declaration for a National Emergency to address the national security and humanitarian crisis at the Southern Border. pic.twitter.com/0bUhudtwvS

During his remarks in the Rose Garden, the president explained that he would use various executive actions in addition to the emergency declaration to procure $8 billion for the wall. Several angel moms and wives whose family members were killed by illegal immigrants were present at the event displaying photos of their deceased loved ones. 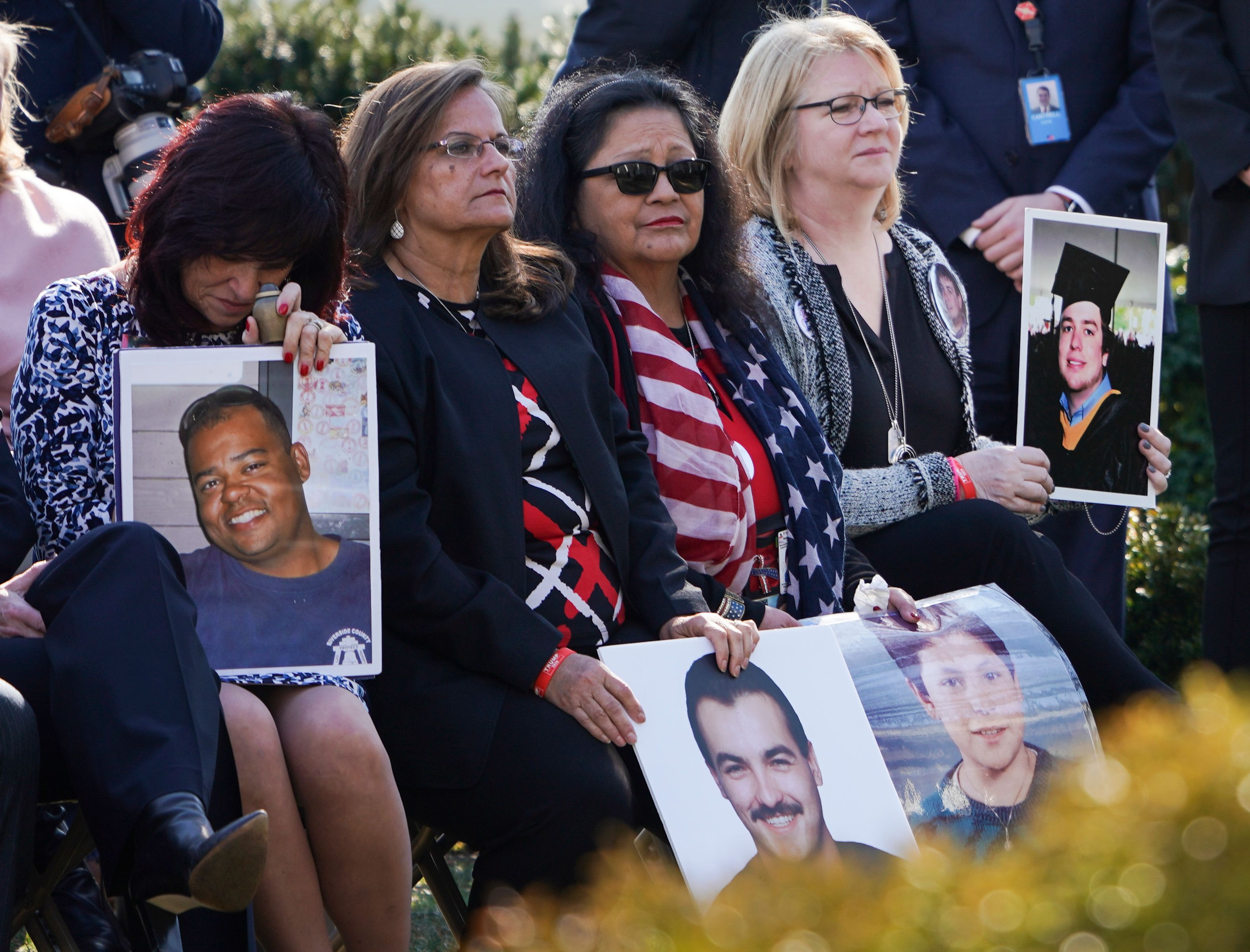 Family members hold portraits of loved one that were victims of crimes committed by undocumented immigrants, as US President Donald Trump delivers remarks, in the Rose Garden at the White House in Washington, DC on February 15, 2019. (Photo by BRENDAN SMIALOWSKI/AFP/Getty Images)

Some of the angel moms were urging the president not to sign the bipartisan spending bill, noting that it contains several measures that incentivize illegal immigration.

Former border officials told The Daily Caller on Friday that expanded protections for potential sponsors of unaccompanied migrant children, the expansion of the Alternatives to Detention program and restrictions on where the wall can be built were “land mines” that make the bill worthy of a veto. (RELATED: Immigration Hawks Sound Alarm On Congressional Border Wall Deal) 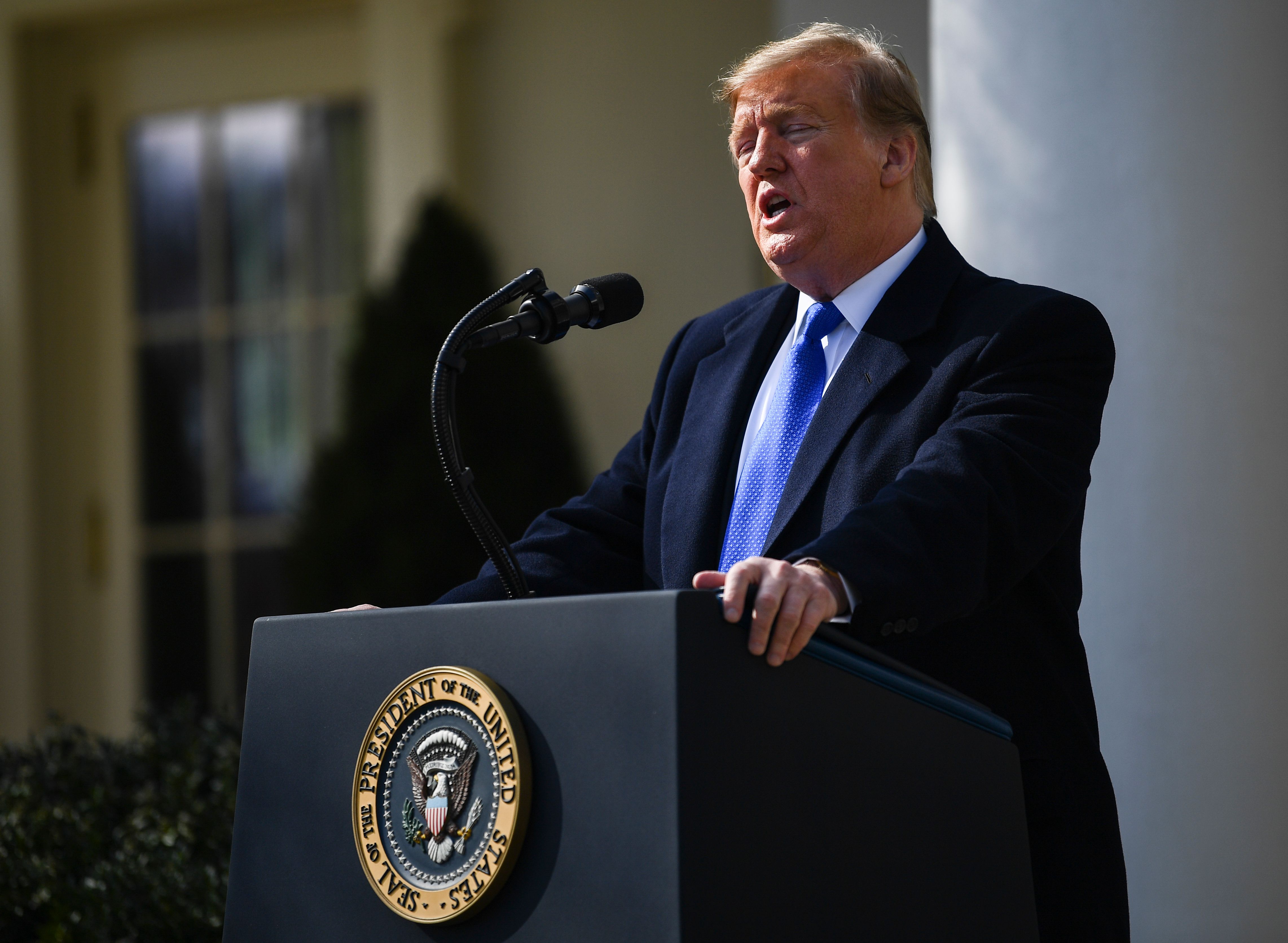 US President Donald Trump delivers remarks in the Rose Garden at the White House in Washington, DC on February 15, 2019. – President Donald Trump, repeating his claim that “walls work,” announced that he will declare a national emergency in order to build a barrier on the US-Mexico border without funding from Congress. (Photo by BRENDAN SMIALOWSKI/AFP/Getty Images)

The president’s declaration of a national emergency will also likely face legal and congressional challenges that could delay his ability to use untapped funds to build the wall on the southern border.