The implementation of driverless trucks will lead to suicides and “an outbreak of violence,” according to Democratic presidential candidate Andrew Yang.

Yang said he thinks it’s inevitable that some of America’s 3.5 million truck drivers will react violently to being replaced by driverless trucks.

“There’s going to be a lot of passion, a lot of resistance to this. Anyone who thinks truck drivers are just going to shrug and say, ‘Alright, I had a good run. I’ll just go home and figure it out’ — that’s not going to be their response,” Yang said Tuesday in an interview with podcast host Joe Rogan.

“It’s going to be much more likely that they say, ‘You need to make these trucks illegal,’ or they’re just gonna park their trucks across the highway, get their guns out, because a lot of these guys are ex-military, and just be like, ‘Hey, I’m not going to move my truck until I get my job back,’ and there are going to be a lot of truckers in the same situation,” said Yang. 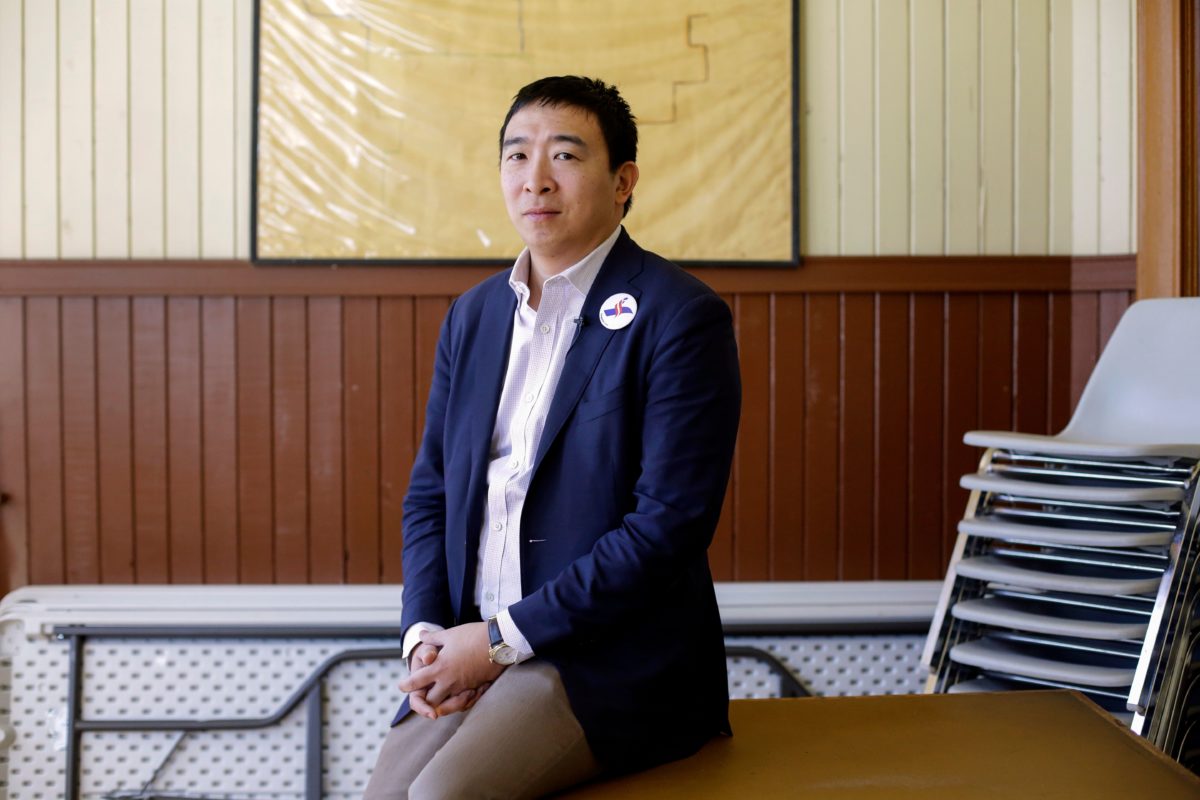 Entrepreneur and 2020 presidential candidate Andrew Yang poses for a portrait after a campaign stop at the train depot on Feb. 1, 2019 in Jefferson, Iowa. (JOSHUA LOTT/AFP/Getty Images)

Yang said he expects automated trucks to start taking shifts away from human drivers within six to 10 years. He cited his dark predictions as reason to support universal basic income, which is a major plank of his 2020 campaign.

The gradual takeover of automated trucks will mean a “massive depletion of truck driving opportunities,” Yang added. “And then, in my mind, a lot of suicides, a lot of self destruction — and I don’t say that lightly. I say that based upon the fact that that’s what happened to manufacturing workers. Where if you unpack what happened to the manufacturing workers of Michigan, Ohio, Indiana, suicide rates spiked to where our life expectancy as a country has declined for the last three years because of suicides and drug overdoses. It’s the first time that’s happened since the great flu pandemic of 1918, like we are actually coming apart as a country by the numbers.” (RELATED: More Than 70,000 Americans Died Of Drug Overdoses In 2017. That’s A New Record)

“So what happened to the manufacturing workers will happen to the truckers but at an even more dramatic scale,” he continued. “So you’ll see truckers going home and drinking themselves to death or doing drugs and overdosing or killing themselves. And then eventually there will be an outbreak of violence because some truckers will say instead of killing myself how about I bust up a robot truck?”