The accompanying FAQ’s reference to eliminating “farty cows” sent ranchers into a panic, fearing Democrats were taking aim at their livelihoods. Environmentalists have targeted the beef industry for years, and concern over methane only gave activists more ammunition.

“Livestock will be banned,” Wyoming GOP Sen. John Barrasso, who represents lots of cattle ranchers, warned on the Senate floor after the Green New Deal was introduced. “Say goodbye to dairy, to beef, to family farms, to ranches.”

“Farty” was eventually deleted — in fact, most of the methane cows emit is from burping, not farting. The entire gaffe-riddled FAQ was eventually taken offline by Ocasio-Cortez’s staff amid the ridicule. 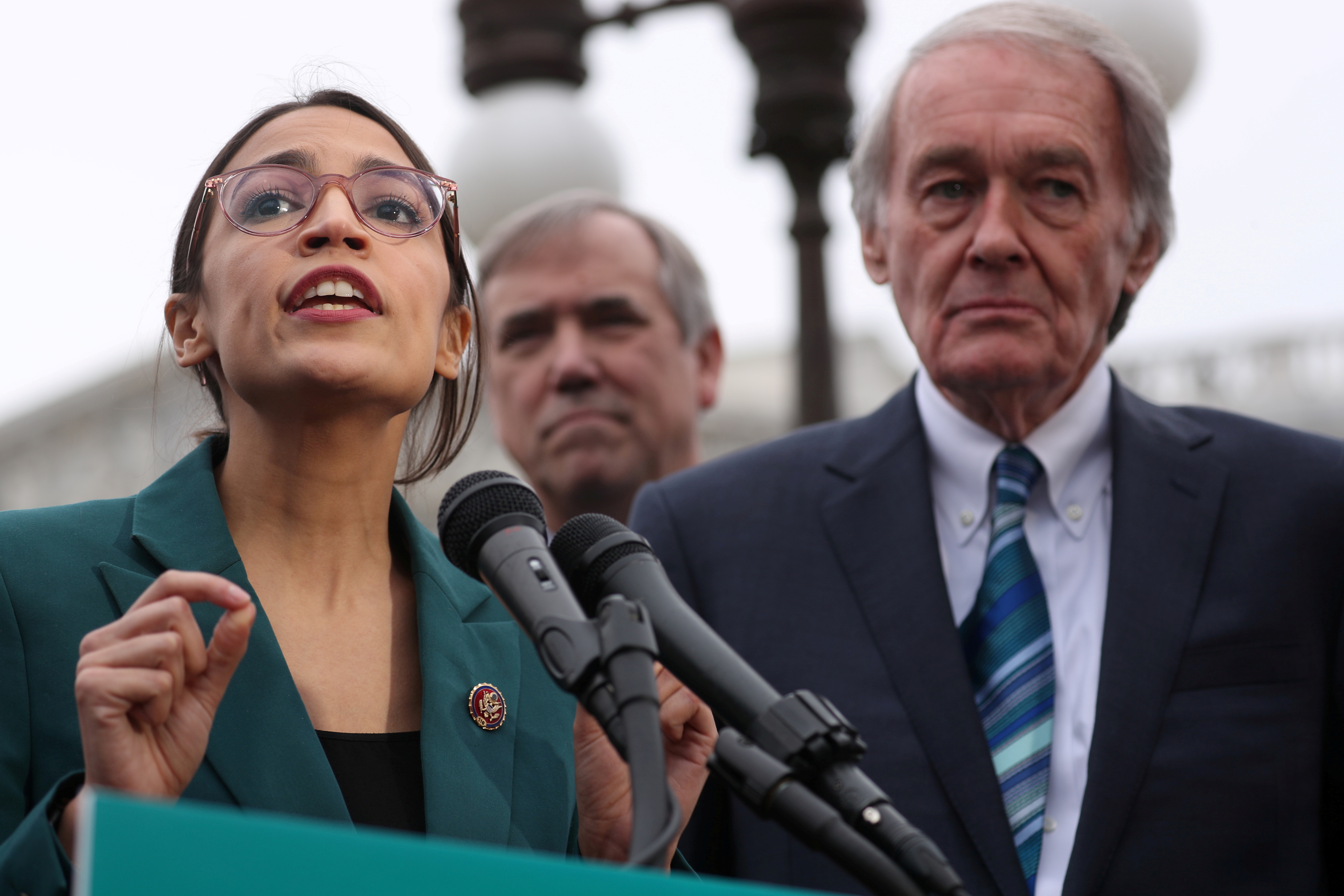 Even so, the legislation itself is no less radical than Ocasio-Cortez’s Kinsley gaffes. The bill calls for “working collaboratively with farmers and ranchers … to remove pollution and greenhouse gas emissions from the agricultural sector as much as is technologically feasible.”

“It’s technologically feasible to shut down factories and farms,” Loris told TheDCNF in an interview. “It can happen today.”

Loris’ point is that the seemingly benign language in the Green New Deal resolution is worryingly broad. Technological feasibility is an open-ended phrase the government has used to crush industries in the past. (RELATED: GOP Presents A Climate Change Solution That’s Not Socialism. It’s Called Natural Gas)

The Obama administration, in fact, used a similar rationale to impose a de facto ban on new coal plants. The Obama Environmental Protection Agency (EPA) essentially ruled the best way to reduce emissions from coal plants was to, well, use natural gas or renewables.

Loris said the Green New Deal seems to endorse the long-held disdain for industrial agriculture harbored by the environmental left, especially when it comes to beef and dairy operations. The resolution even calls for policies to encourage small-scale, “sustainable” farming. Does that mean they want the whole country to go local and organic? 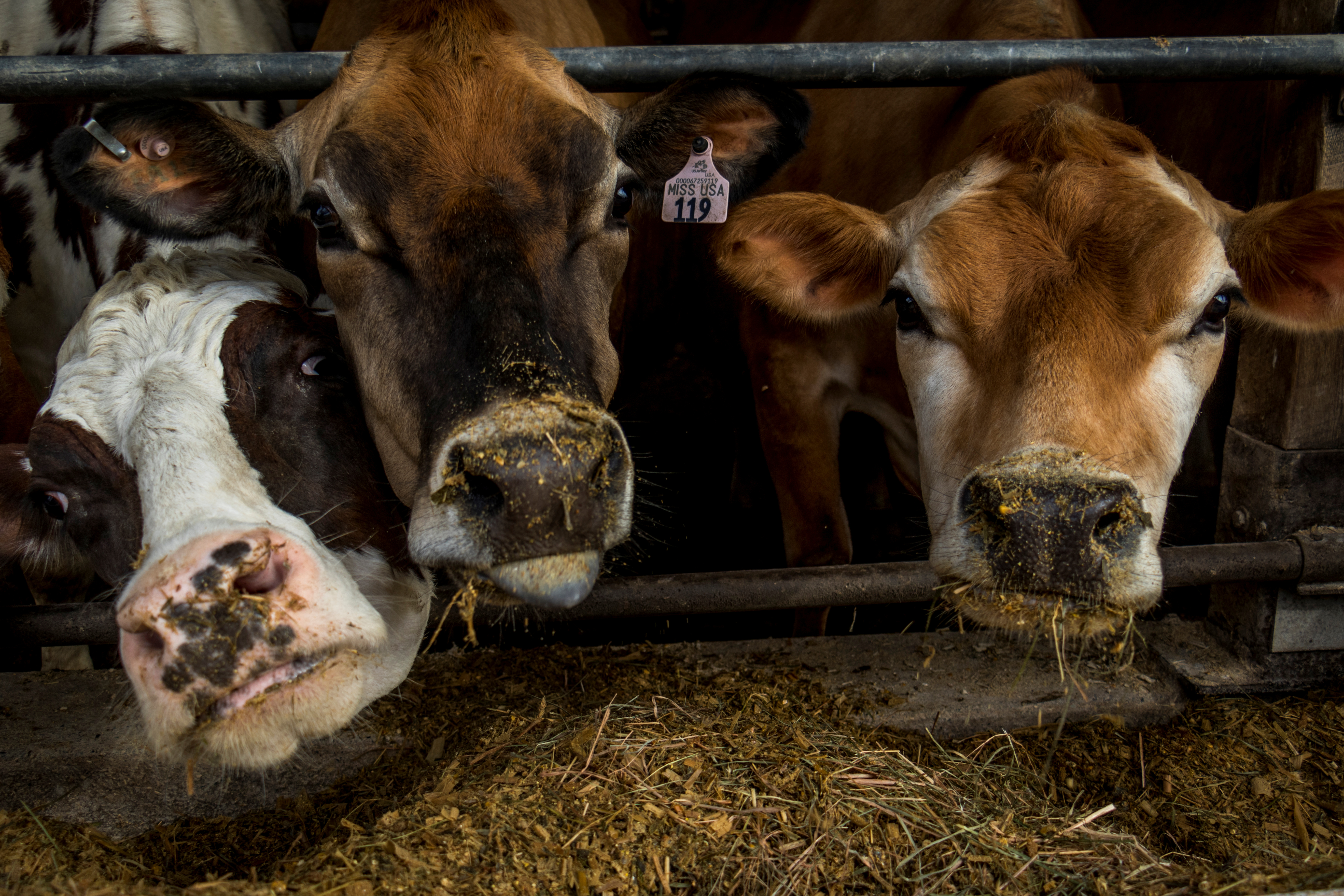 Ted Nordhaus, director of research at the eco-modernist Breakthrough Institute, said the bill seemed to push so-called “regenerative agriculture” policies that often include implementing grazing methods to sequester carbon dioxide in the ground.

Proponents of “regenerative agriculture” say it would benefit farmers and ranchers, especially for ranchers who finish their cattle on grass. However, claiming that these methods can make beef operations carbon neutral is dubious, Nordhaus said.

Cows and other ruminant animals are a major source of methane — a byproduct of their unique digestive system. Livestock and their manure cause about 40 percent of greenhouse gas emissions in the U.S. agricultural sector, according to Breakthrough’s senior agricultural analyst Dan Blaustein-Rejto.

So any effort to cut U.S. agriculture emissions would necessitate dealing with cattle and dairy operations. With Ocasio-Cortez claiming humanity only had 12 years before catastrophe, what wouldn’t a concerned climate activist be willing to do?

In fact, the 2018 United Nations report behind Ocasio-Cortez’s 12-year-to-apocalypse deadline said “dietary shifts away from emissions-intensive livestock products” as one of the societal changes needed to keep future warming under 1.5 degrees Fahrenheit by 2100.

EPA data show U.S. agriculture emissions on the rise since 1990 while the country as a whole has cut emissions largely because of the natural gas boom. Agricultural emissions are mostly increasing because of methane from livestock manure management. 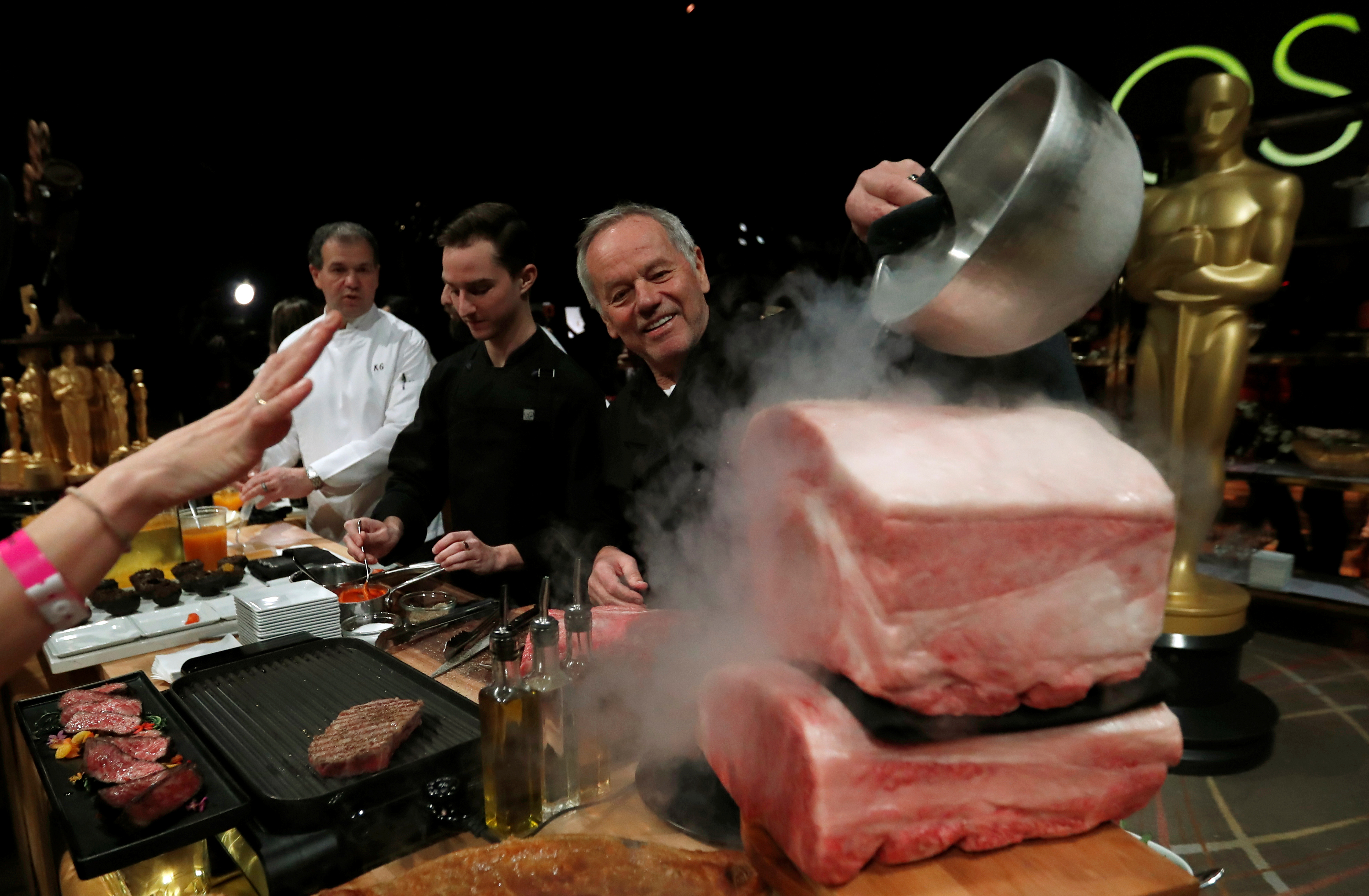 Per capita beef consumption peaked in the 1970s, Nordhaus said, mostly over health concerns and innovations that brought down chicken and pork prices. Norhaus said continuing that trend was necessary to further limit emissions.

“A Green New Deal that was serious about reducing greenhouse gases from the U.S. agriculture sector would focus on supporting more, not less, intensification and improving the environmental performance of intensive systems through better cattle breeding, medical care, and then dealing with manure ponds and similar,” Norhaus told TheDCNF.

However, the Green New Deal resolution seems to suggest the opposite and reflects the environmental movement’s general opposition to industrial farming operations that provide Americans with affordable, abundant food.

The resolution calls for “supporting family farming,” “investing in sustainable farming and land use practices that increase soil health” and “building a more sustainable food system that ensures universal access to healthy food.”

Democrats and environmentalists that endorse the Green New Deal — every Democratic senator running for president in 2020 cosponsored the bill — tend to oppose large-scale industrial livestock operations.

The Organic Consumers Association, which also backs the Green New Deal, calls concentrated animal feeding operations “a disaster for the environment and our health.” The group also seems to oppose industrial-scale agriculture that currently feeds billions of people. 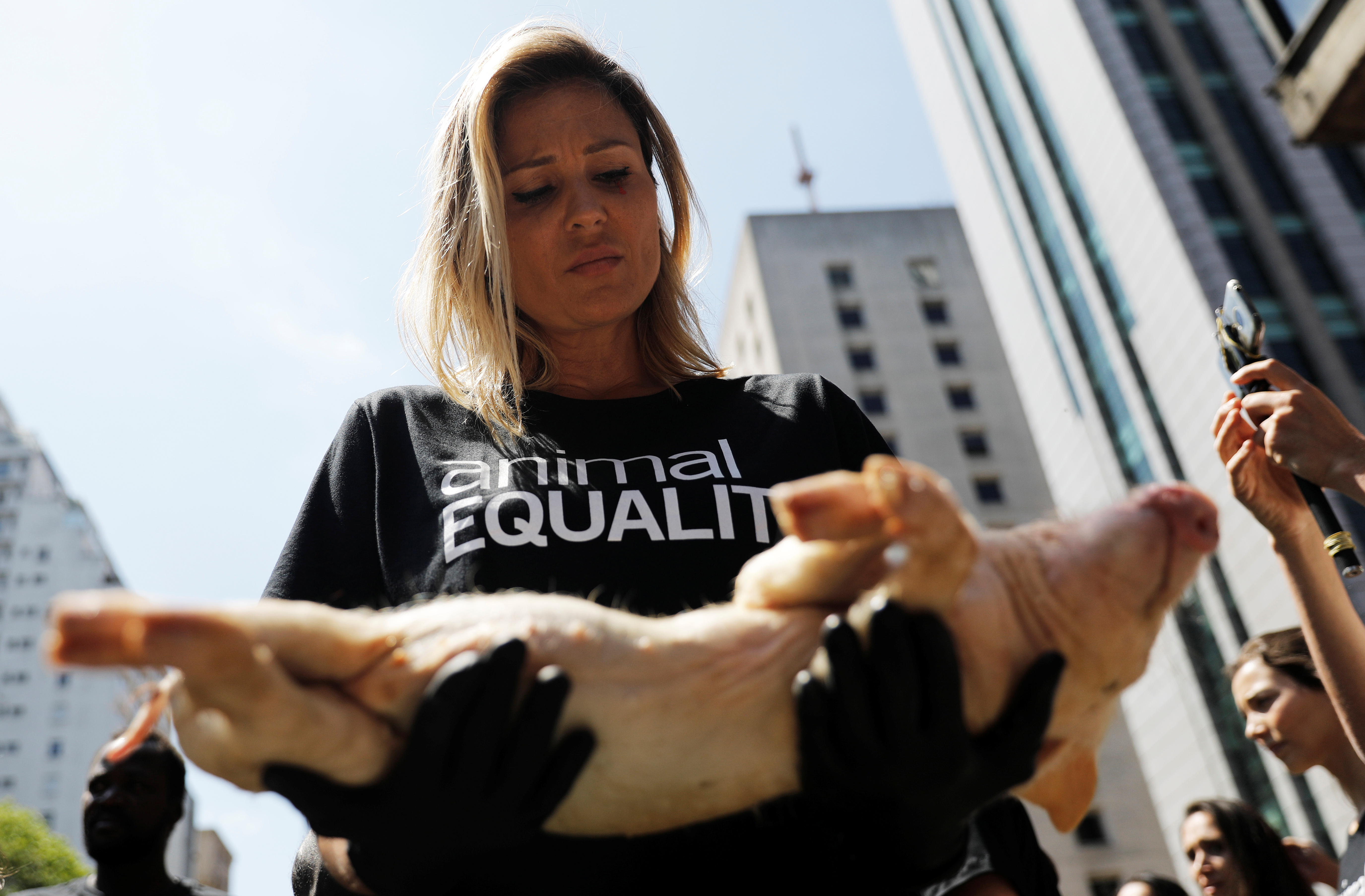 An animal rights activist from Animal Equality holds a dead pig during a gathering to protest the treatment of animals at Paulista avenue in Sao Paulo, Brazil, Dec. 9, 2018. REUTERS/Nacho Doce

Likewise, New Jersey Democratic Sen. Cory Booker, who’s running in 2020, railed against “the industrial animal agriculture industry” and its supposedly “devastating” impacts on the environment in a recent interview.

However, research by Virginia Tech and the U.S. Department of Agriculture (USDA) found that eliminating the livestock industry would only reduce emissions 2.6 percent domestically, but that shift also came with a host of different health concerns.

That 2017 study found that eliminating livestock would deprive Americans of key nutrients and animal proteins, including calcium, vitamins A and B12 and some fatty acids. In fact, people would need higher-calorie diets to make up the nutrient loss.

Given everything else about the Green New Deal, including its democratic socialist overtones, it’s got many ranchers worried the resolution is more about changing people’s lifestyles and not just about reducing emissions.

Could Americans see a carbon tax on meat? What about policies against feedlots and other large-scale beef operations? Or what about incentives to eat less beef and more poultry and pork? Pro-vegetarian tax credits?

“A carbon tax on meat and dairy would have a hard time making it from economics textbooks into law,” environmental economist Richard Tol said in an email.

“I can see them nudging people through tax credits and mandates like they do with energy systems,” Loris said, referring to policies like tax credits for wind turbines, solar panels and energy efficiency upgrades.

“When you decide to incentivize one product over another that’s effectively a tax,” Loris said.

Rejto was skeptical of some sort of meat tax as well but said the government could incentivize “practices like feeding cattle algae or giving them drugs that reduce methane emissions could further reduce emissions.”

USDA could also “direct its research into cell-based meat and other next-gen meat alternatives,” Rejto added. “This could lower the cost of high-quality beef alternatives and reduce meat consumption through market forces.”