Failed Georgia gubernatorial candidate Stacey Abrams claimed that voter suppression is legal throughout the country during her speech at the Democratic National Committee’s winter meeting.

“Here’s the thing about voter suppression: Voter suppression is legal in the United States right now,” Abrams said Friday to a crowd of Democrats in Washington, D.C. “We’re used to fighting against enemies that are supposed to be unlawful, but the problem with a lot of what they do is they take legal actions and bastardize them and manipulate them until the rights they are supposed to protect are no longer visible.”

The comments followed a consistent complaint Abrams has made since losing her gubernatorial bid to then-Georgia Secretary of State Brian Kemp in November. Kemp, a Republican, defeated Abrams by a margin of over 54,700 votes on Election Day, but Abrams maintains he was only able to do so by suppressing black and Democratic voters.

During her speech to DNC members, Abrams backed up her claims by citing four black people in the state who waited a long time to vote.

“What we do know is that in the state of Georgia, four black men and women stood in line for four hours to cast a vote. That’s a poll tax,” she said, referencing a long-outlawed practice some U.S. jurisdictions used to keep poor and minority citizens from voting. “When you have to sacrifice four hours of work on the off-chance that you make it through and get to cast a ballot, that’s a poll tax.”

Abrams — a former romance novelist who previously served as the minority leader of the Georgia House of Representatives — has used her claims of voter suppression to form Fair Fight Action, a new voting rights group that is currently suing the state of Georgia over its election laws. The lawsuit targets the curtailing of early voting periods in the state. However, as a state representative, Abrams supported the shortening of early voting times as it was a financial burden on poorer counties. (RELATED: Stacey Abrams’ Nonprofit Slapped With Its 7th Tax Lien)

Despite her rampant claims of voter suppression while speaking at the DNC event, Abrams began her speech by extolling the sky-high turnout of minority voters who supported her in November. 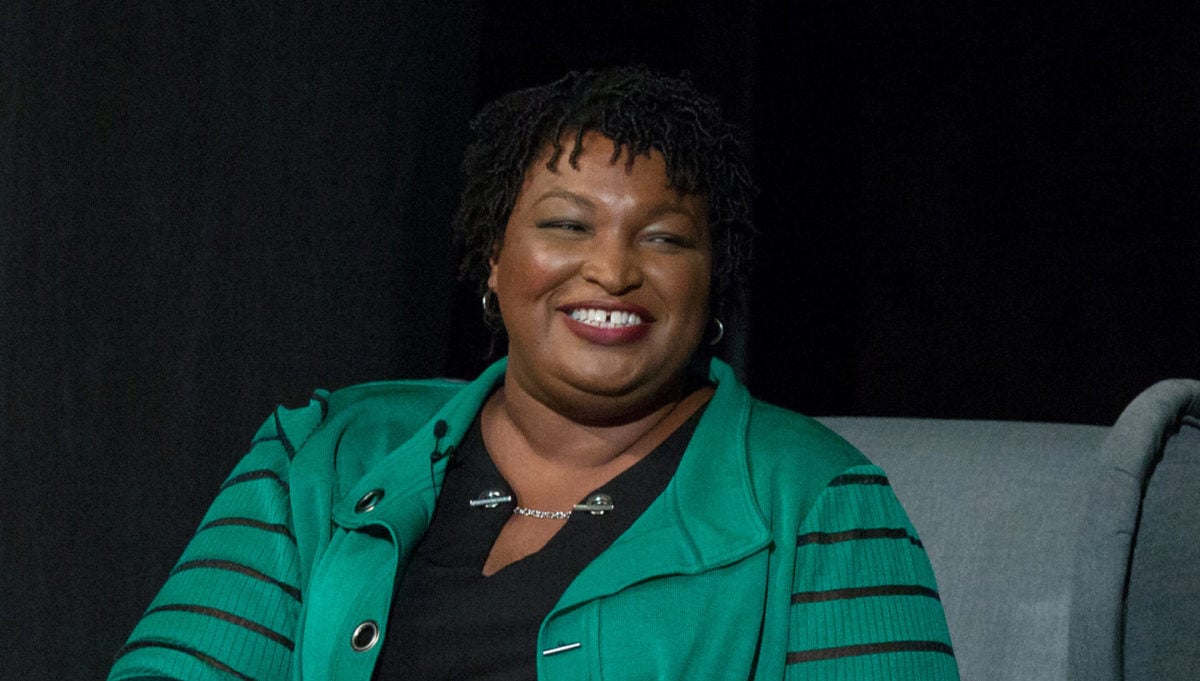 “In 2018, 1.2 million African-Americans cast their ballots for me. We tripled the … voter turnout rate among Latinos. We tripled Asian Pacific-Islander voting rates. We increased the youth participation rate by 139 percent,” Abrams claimed. “I received a higher percentage of white voters than anyone since [former President] Bill Clinton in the state of Georgia.”

Abrams is considering a 2020 Senate run against Georgia Republican Sen. David Perdue. She said she will make a final decision by March.