You might have heard a pin drop when Vice President Mike Pence offered greetings on behalf of President Donald Trump to a Munich security summit on Friday.

There was no applause or cheers — only silence — when Pence said, “I bring greetings from the 45th president of the United States of America, Donald Trump,” according to The Hill.

President Donald Trump, Speaker Nancy Pelosi and Vice President Mike Pence applaud during the State of the Union address in the chamber of the U.S. House of Representatives at the U.S. Capitol Building on Feb. 5, 2019 in Washington, DC. (Photo by Doug Mills-Pool/Getty Images)

Pence didn’t come to mince words, as he reminded the collective security club that contributing members “still need to do more” to pay their fair share of the defense bill.

“The United States expects every NATO member to put in place a credible plan to meet the 2 percent threshold. And, by 2024, we expect all our allies to invest 20 percent of defense spending on procurement,” he said.

Despite complaints from some NATO countries that the commitment is onerous, all members agreed in 2014 to achieve defense spending at two percent of the of their respective GDPs. NATO’s top civilian has praised Trump for demanding members meet their financial obligations. (RELATED: ‘Very Stable Genius:’ Trump Declares Victory After Successful NATO Summit)

Repeating charges recently made by U.S. intelligence chiefs in a presentation to the Senate Intelligence Committee, Pence accused China of stealing technology. 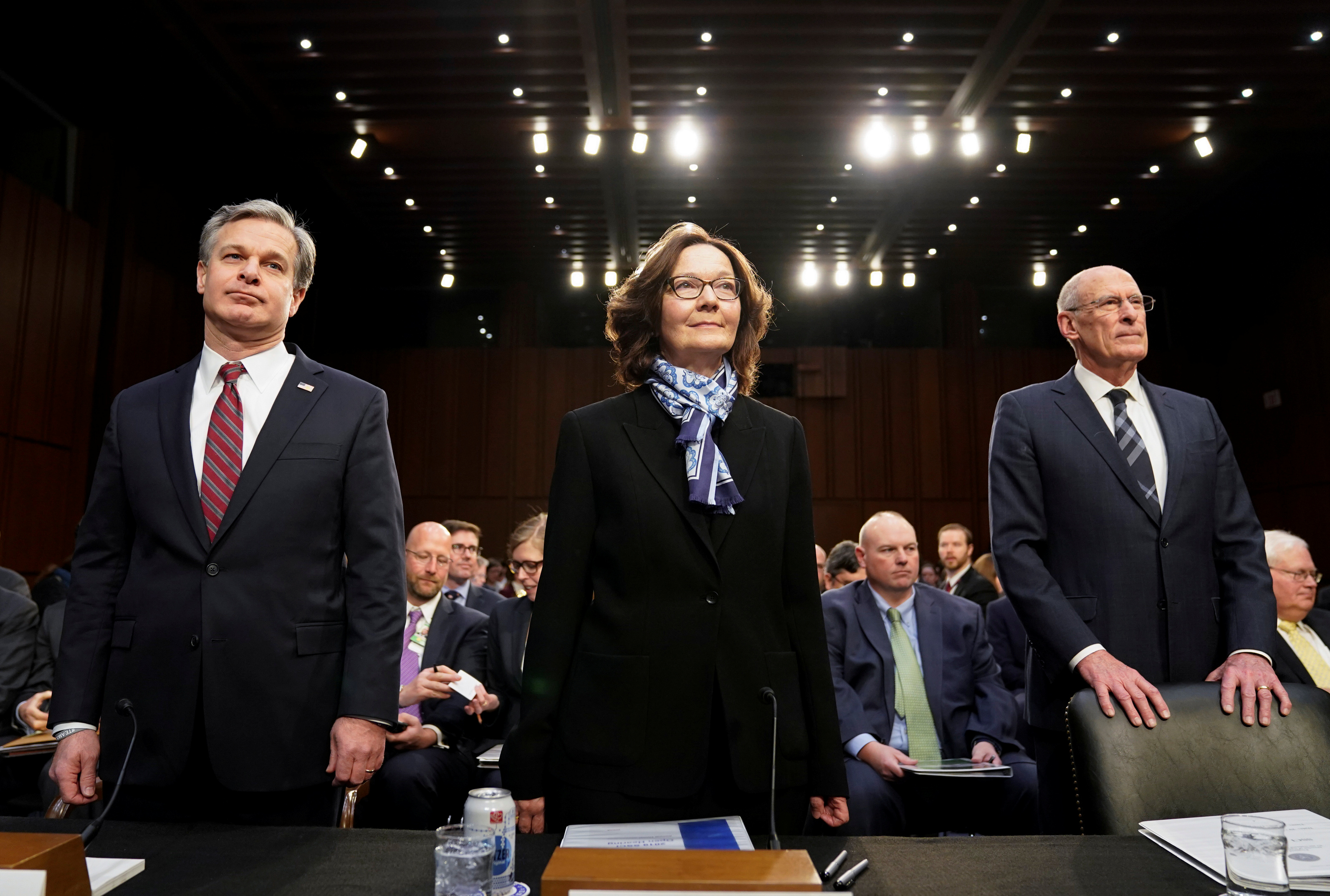 “Under President Trump’s leadership, the United States has also made it clear that China must address the longstanding issues of intellectual-property theft, forced technology transfer, and other structural issues in China that have placed a burden on our economy and on economies around the world,” he said.