U.S. farmers are filing for Chapter 12 bankruptcy at the highest rate in at least a decade as agriculturists feel pressure from trade wars and low commodity prices, The Wall Street Journal reported in February.

The Seventh Circuit Court of Appeals processed twice as many bankruptcy files from farmers in 2018 than it did in 2008. Bankruptcy filings in the Eighth Circuit grew by nearly as much, and the 10th Circuit saw bankruptcy filings increase 56 percent in 2018 from a decade before. The states covered by those three circuit courts accounted for nearly half of all U.S. farm products in 2017.

The Department of Agriculture estimated that the average American farm household lost $1,548 in 2018. U.S. farm debt hit $409 billion, a level not seen since the 1980s when Chapter 12 bankruptcy was created to help farmers devise plans to pay off a limited amount of debt in three to five years, according to WSJ.

“I’ve been through several dips in 40 years,” Nebraska farmer Kirk Duensing, who is $1 million in debt after selling off some land and farm equipment, told WSJ. “This one here is gonna kick my butt.” (RELATED: China’s Top Economic Official Is Coming To The US In Hopes Of Ending Trump’s Tariff War)

Prices for crops such as corn and soybeans are down under a worldwide glut in farm commodities. Farmers are struggling to make a profit selling their products in domestic and foreign markets, made even more difficult by foreign tariffs, a byproduct of President Donald Trump’s trade disputes with countries such as China.

Other countries such as Brazil and Russia are increasing their agriculture production, competing with American farmers in foreign markets and overall driving prices down even further. 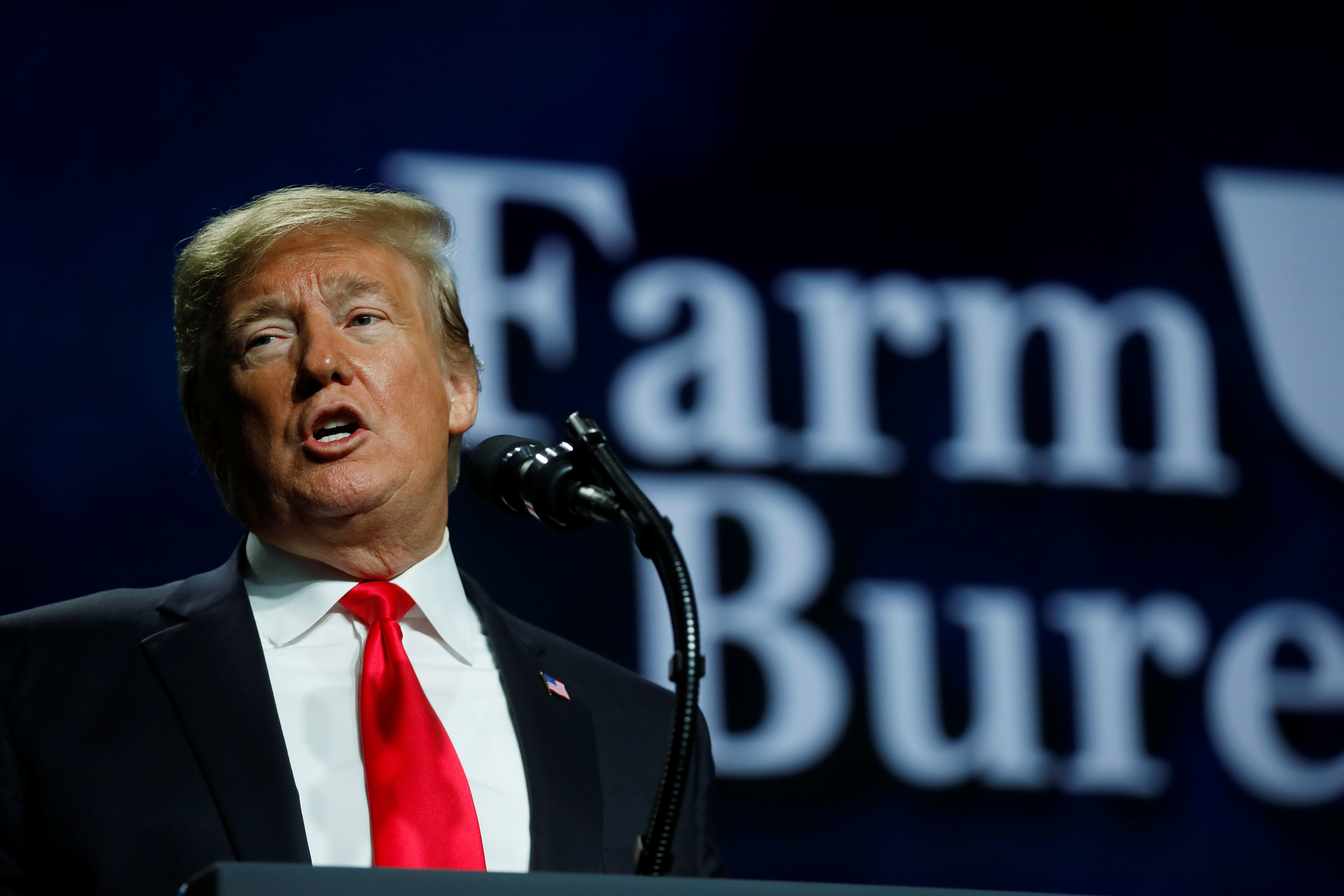 “We send [China] a lot of soybeans,” Aron Carlson, who farms corn and soy in Indiana, told Bloomberg in January. “They’re basically buying every other bushel in the world and we’re the last invited to the table, and I don’t like to be last. I want to be front and center, as far as that stuff goes.”

“I hope he can get the whole trade thing with China figured out. I think we need to quit picking some fights,” Carlson said.

The Trump administration has taken steps to insulate the U.S. agriculture sector from Trump’s trade wars, promising to dole out billions worth of aid to farmers impacted by higher tariffs and lower access to global markets.