Ships nicknamed “tin cans” may not inspire awe at first, but author Clint Johnson makes the argument that America perfected the destroyer class of ships to help them win World Wars I and II.

Johnson tells the story of the brave Destroyer Men who fought in the Atlantic and Pacific oceans and went up against submarines and battleships against the odds in “Tin Cans and Greyhounds: The Destroyers that Won Two World Wars,” published Feb. 12.

“It’s for everybody to read to learn more about how these ships really were the backbones of the navies, all four of the navies, particularly the United States Navy,” Johnson told The Daily Caller News Foundation. “It’s accessible history to everyone, particularly those who like to read stories of the heroism of the men who crewed these ships during the war. I tell the major battles of the Pacific and how they were used to escort convoys in the Atlantic.”

Destroyers were versatile, smaller ships invented by the British in the late 1800s. American destroyers in World War II were equipped with antiaircraft guns, torpedoes and mortar-like devices called hedgehogs that could take out submarines. (RELATED: Lee Radziwill, Style Icon And Sister Of Jacqueline Kennedy Onassis, Dead At 85)

The ships were also nicknamed “greyhounds” for their speed, a moniker that actor Tom Hanks is using for the upcoming World War II action movie that he is both writing and starring in, according to The Hollywood Reporter. “Greyhound” is based on “The Good Shepherd,” a 1955 novel by C.S. Forester that tells the story of Cmdr. Ernest Krause as he fights to escort a convoy safely across the Atlantic.

Johnson told TheDCNF he hopes “Greyhound” and “Destroyer,” another upcoming World War II film that is set to be directed by Mel Gibson, bring attention to the incredible stories of the men on those ships. Clashes between battleships and destroyers had David and Goliath like proportions. 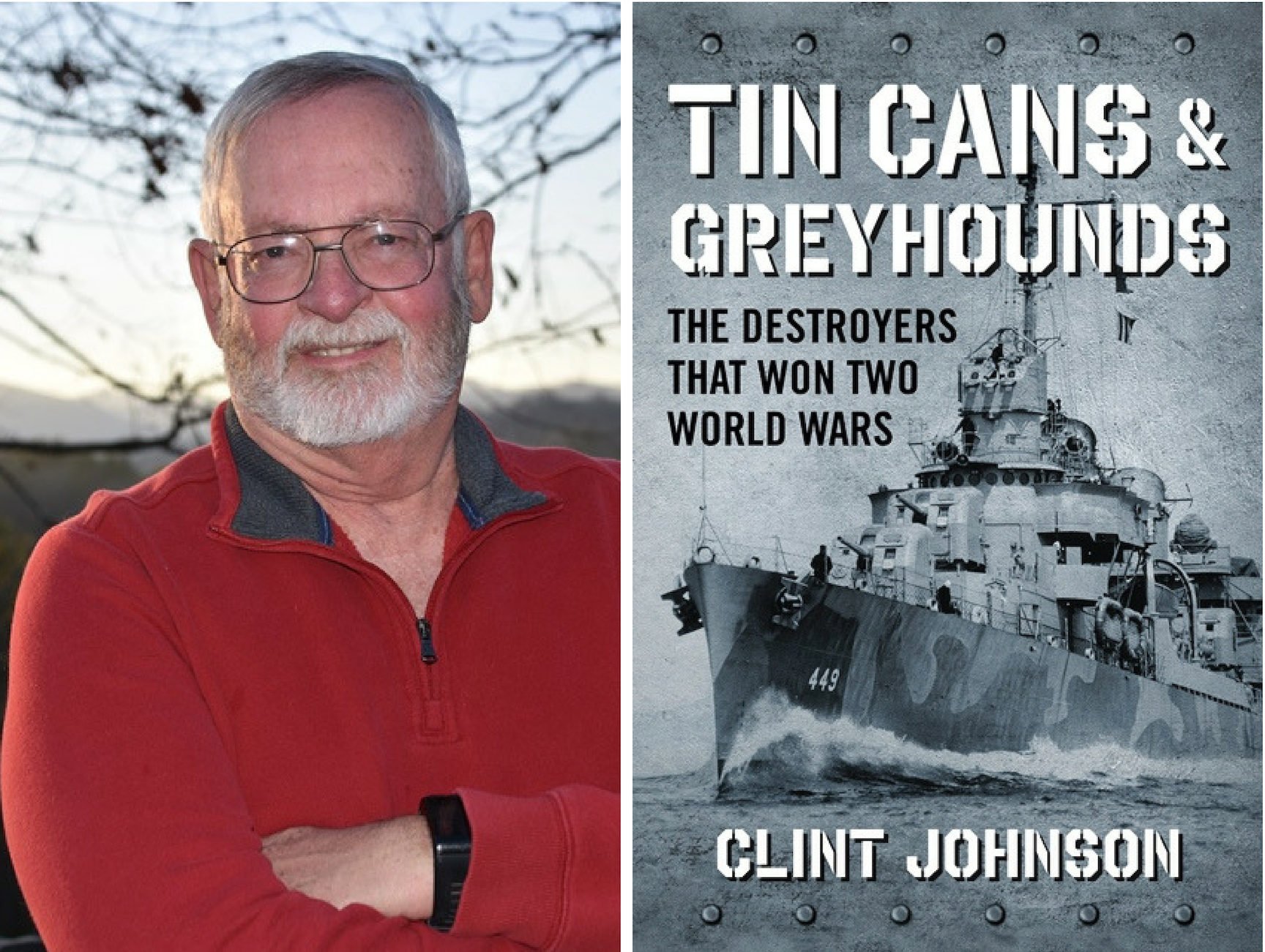 Clint Johnson is the author of “Tin Cans and Greyhounds: The Destroyers that Won Two World Wars.” Images courtesy of Clint Johnson/Regnery Publishing

“In some cases in the Pacific, [destroyers] went against battleships which were three times their weight and had 13 inches of armor on their hulls. A destroyer only has a half-inch thick hull,” Johnson told TheDCNF.

Johnson also tells the stories of American destroyers’ encounters with notorious German U-boats, including the story of the USS Buckley in World War II. It encountered a German submarine on May 5, 1944, and became the first American ship to be boarded by the enemy since the War of 1812, Johnson told TheDCNF.

But the men of the Buckley were not going to go down without a fight. They fought off the Germans, even using a 40-mm shell that “disintegrated” one of the Germans, and suffered only one injury: A U.S. crewman who bruised his hand when punching a German coming over the destroyer’s railing. The U-boat ended up going down after an American threw a grenade down its open hatch.

Johnson also emphasized the impact fighting in the war had on the Greatest Generation. 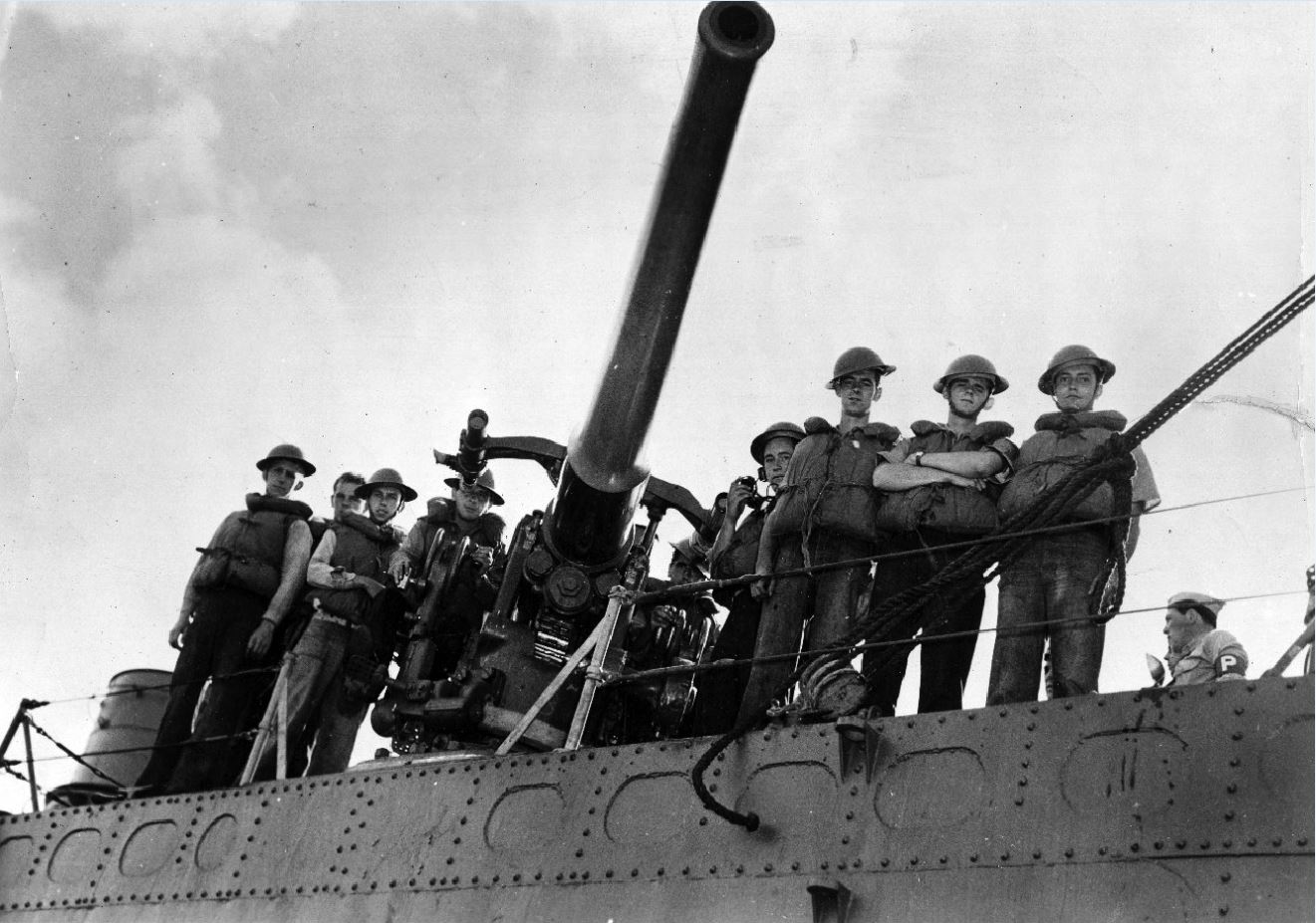 The gun crew of the starboard midship’s 4-inch gun of the USS Ward (DD-139), which sank a Japanese midget submarine outside of Pearl Harbor on December 7, 1941, before the Japanese started their air attack. NHHC photo/Courtesy of Regnery Publishing

“The sailors were 18, 17 years old — in some cases 16 … They pretty much joined up to fight this worldwide enemy that was out there,” Johnson told TheDCNF. “World war II focused everyone back in those days. You were a kid, but you became an adult pretty quickly. The Navy forced you to adapt pretty quickly.”

Johnson is a prolific author known for his knowledge of Civil War history. He has written numerous books on the topic, including “The Politically Incorrect Guide to the South (and Why It Will Rise Again)” and “Touring Virginia’s and West Virginia’s Civil War Sites.”

Writing about the world wars was a welcome shift for him, especially because he got to interview World War II veterans who served on destroyers for “Tin Cans and Greyhounds.” One interviewee is Billy Conatser, 95, a cook and anti-aircraft gun operator who now lives in Kansas.

“He says we never knew from one day to the next if we might be sunk by weather, or if the Japanese might attack us, but we were all out there to do a job. We said, well, as soon as the war is over then our job’s going to be over,” Johnson recounted of Conatser.