West Virginia teachers are planning to go on a statewide strike Tuesday over an education bill they feel does not include input from educators.

Bills approved by the state’s Senate and House of Delegates both help establish West Virginia’s first charter schools, The Associated Press reported. The Senate version of the bill would allow up to seven charter schools and give as much as 1,000 education savings accounts for parents to pay for private school.

Supporters of the provision believe parents will have more school choice, while the unions believe the bill will hurt traditional public schools.

It is unclear how long the strike will last or how many teachers will be striking. (RELATED: West Virginia Sees Biggest Drop In Public School Enrollment In Nearly Two Decades) 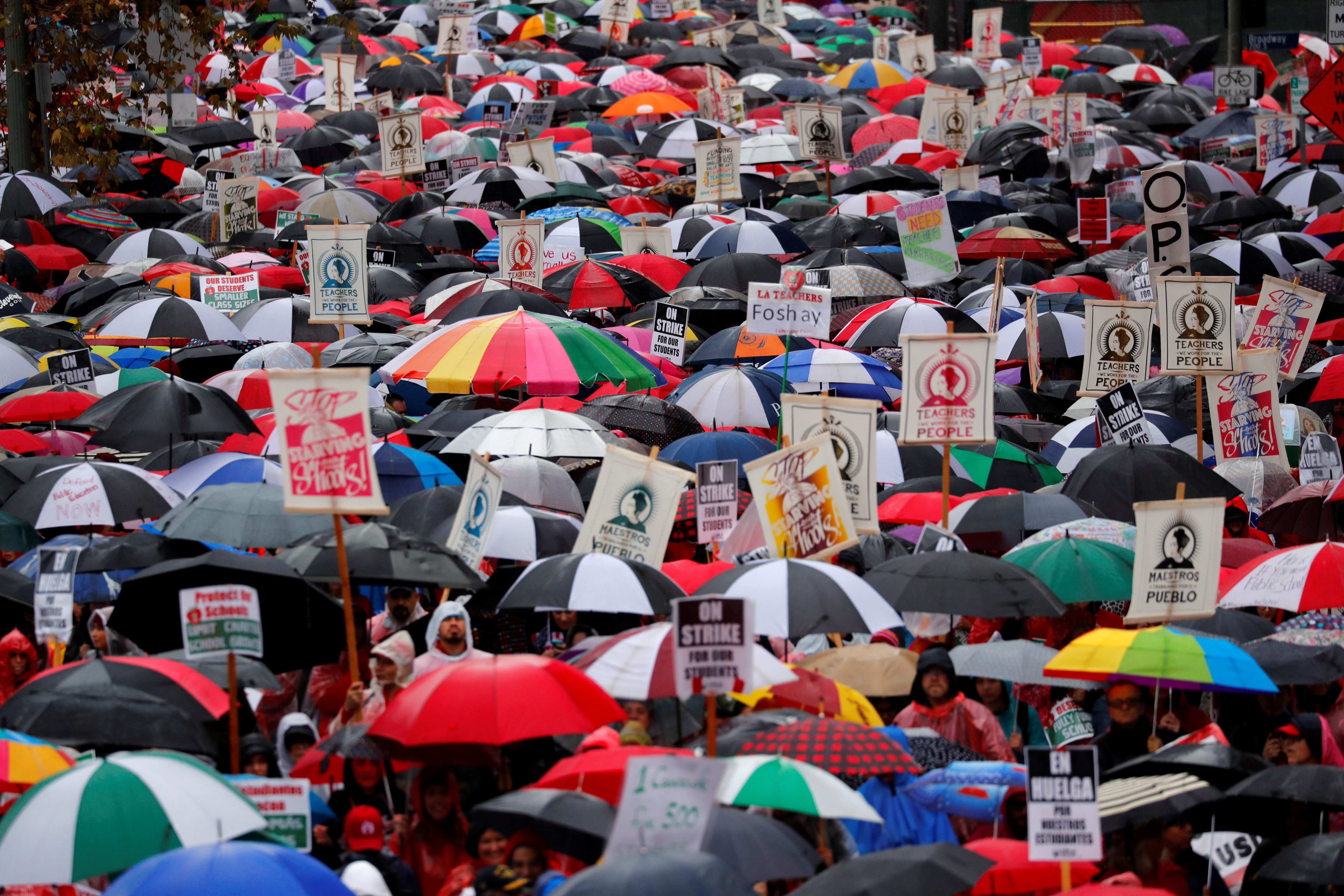 Some of the more than 30,000 striking teachers in the Los Angeles public school system march after holding a rally at the City Hall in Los Angeles, California, U.S., January 14, 2019. REUTERS/Mike Blake

Around 20,000 teachers in all 55 West Virginia counties walked out for nine days between February and March of 2018, according to Rethinking Schools.

Nearly 277,000 students across the state were left without teachers and schools were shutdown.

The teachers won 5 percent pay raise as a result of the 2018 strike, The AP reported.