Amazon announced a new green project Monday to ship half of all packages with net zero carbon by 2030 after the company ended a contentious plan to build a campus in New York.

Amazon’s latest project, called “Shipment Zero,” is another step in its stated goal to be powered by 100 percent renewable energy.

“With improvements in electric vehicles, aviation bio fuels, reusable packaging, and renewable energy, for the first time we can now see a path to net zero carbon delivery of shipments to customers, and we are setting an ambitious goal for ourselves to reach 50 percent of all Amazon shipments with net zero carbon by 2030,” Amazon said in a statement.

Amazon backed out of a highly publicized deal to bring 25,000 jobs to New York City in return for $3 billion in tax breaks, subsidies and special deals Thursday. The deal, championed by Democratic New York Gov. Andrew Cuomo and Democratic NYC Mayor Bill de Blasio, fell through after local officials and unions fought for labor-related concessions from the company.

New York City council members pushed Amazon to allow unions to organize at its proposed campus. When asked if the company would stay neutral if employees attempted to unionize, Amazon Vice President Brian Huseman told NYC’s Council, “no, sir, we would not.”

Despite backing the deal, de Blasio also pressured the company to adopt a more union-friendly stance. (RELATED: Amazon Will Pay $0 In Federal Income Taxes For 2nd Year In A Row With Profits Doubled)

“Now that people are more and more concerned about decent wages and benefits, I think Amazon’s gonna have to reconsider [its stance on unions],” he said. 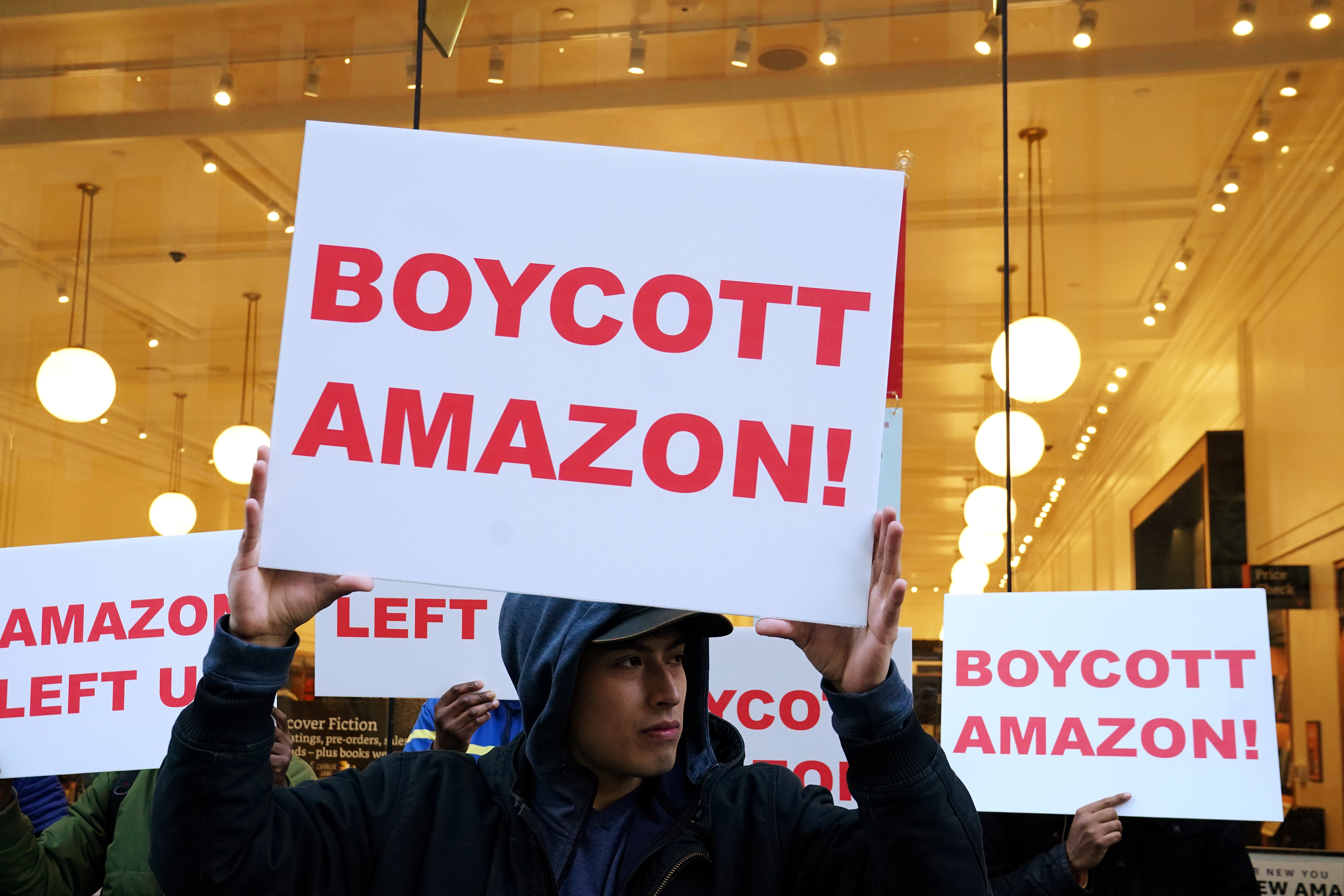 People stand in front of an Amazon store and protest Amazon’s change in mind to not open an office in Queens, in the Manhattan borough of New York City, New York, U.S., February 15, 2019. REUTERS/Carlo Allegri

Democratic New York Rep. Alexandria Ocasio-Cortez cheered the Amazon deal’s fate on Twitter, despite the deal being seen favorably by the majority of New Yorkers.

“Today was the day a group of dedicated, everyday New Yorkers & their neighbors defeated Amazon’s corporate greed, its worker exploitation, and the power of the richest man in the world,” Ocasio-Cortez said.

Anything is possible: today was the day a group of dedicated, everyday New Yorkers & their neighbors defeated Amazon’s corporate greed, its worker exploitation, and the power of the richest man in the world. https://t.co/nyvm5vtH9k