Former members of Hillary Clinton’s 2016 campaign were quick to take shots Independent Vermont Sen. Bernie Sanders on Tuesday after he officially launched his 2020 campaign for president.

Reines claimed the media’s message Sanders was: “WELCOME BACK!” 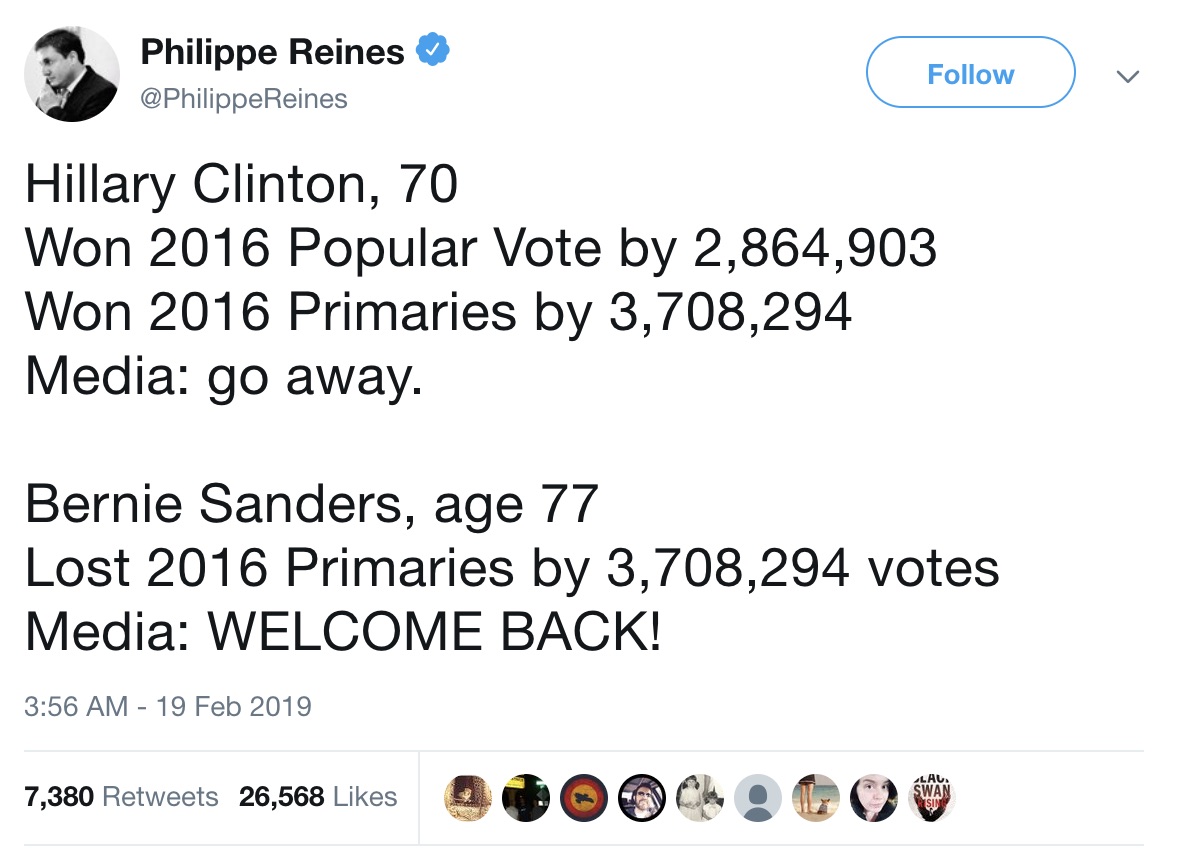 Former Clinton communications adviser Jess McIntosh took issue with Sanders saying candidates should be judged “not by the color of their skin, not by their sexual orientation or their gender and not by their age.”

“This is usually an argument made by people who don’t enjoy outsized respect and credibility because of their race, gender, age and sexual orientation,” McIntosh wrote.

“If Bernie is going to start this contest telling us he’s at a disadvantage as a white man it is going to be a LONG year,” she added.

Zac Petkanas, Clinton’s former director of rapid response, claimed Sanders couldn’t walk back his support for a 1994 crime bill because he criticized Clinton for her inconsistencies.

“Sanders has boxed himself in on that front in his zealous attacks on Hillary,” Petkanas wrote. 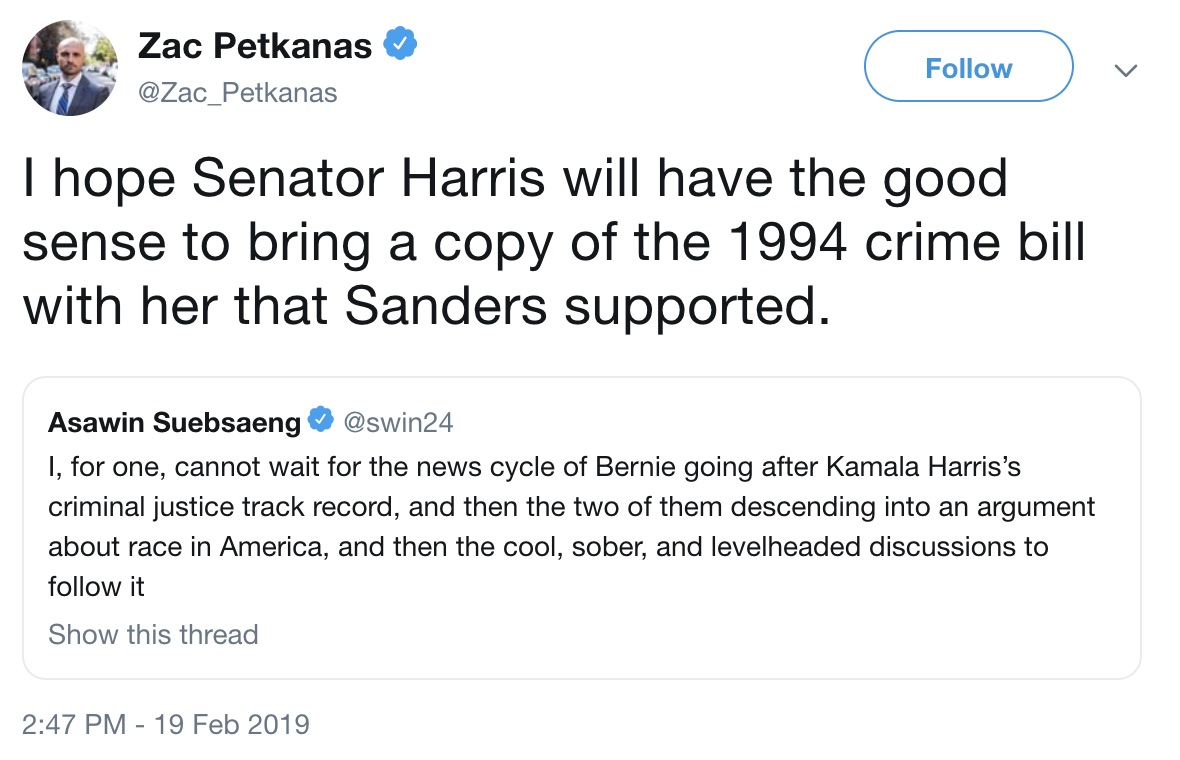 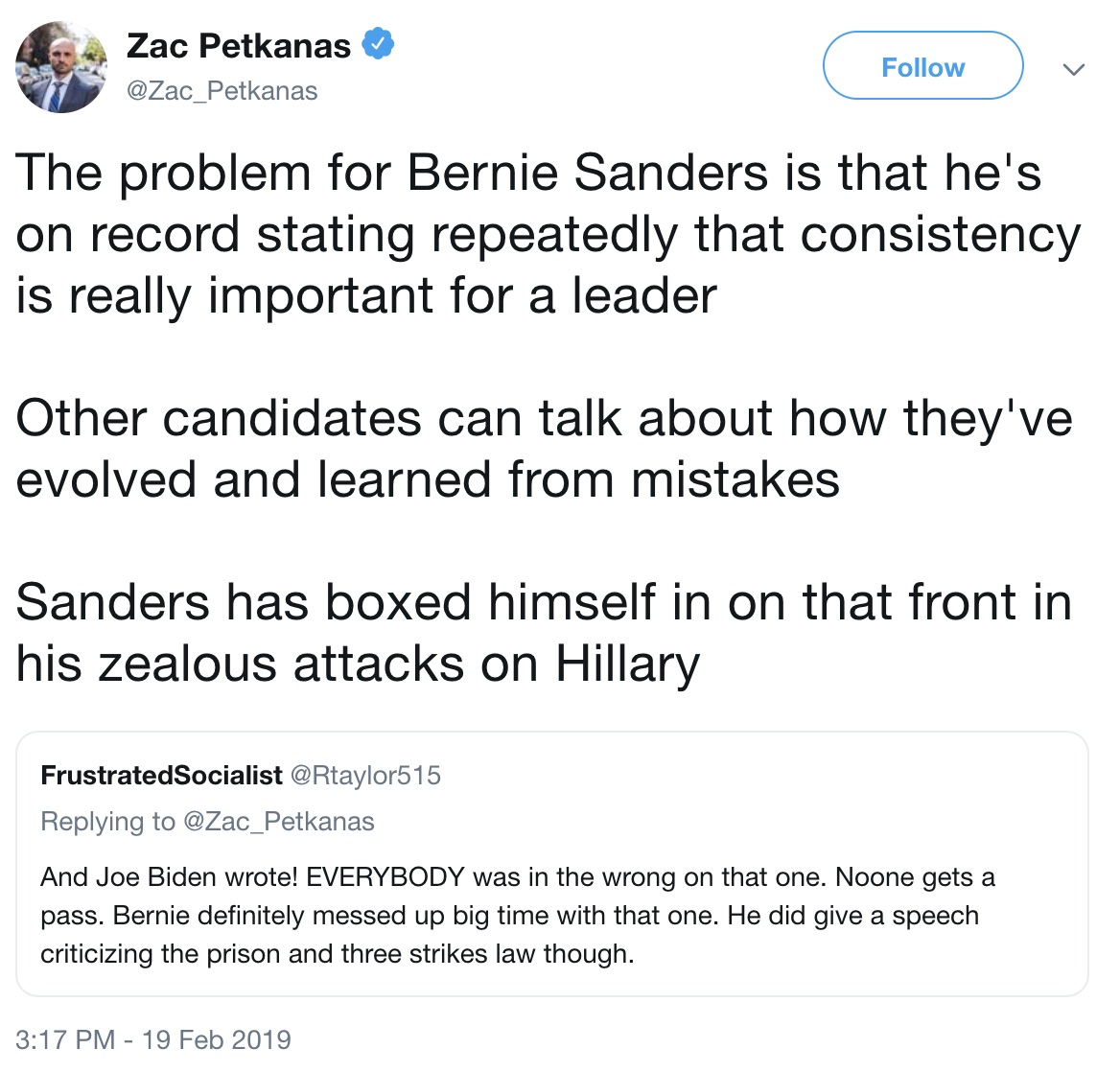 “Based on what he just said in the Oval Office @BernieSanders enters the 2020 race today with @realDonaldTrump defending him,” wrote Finney. (RELATED: Bernie Sanders, Climate Hawk, Spends $300K On Private Jet Travel In Month) 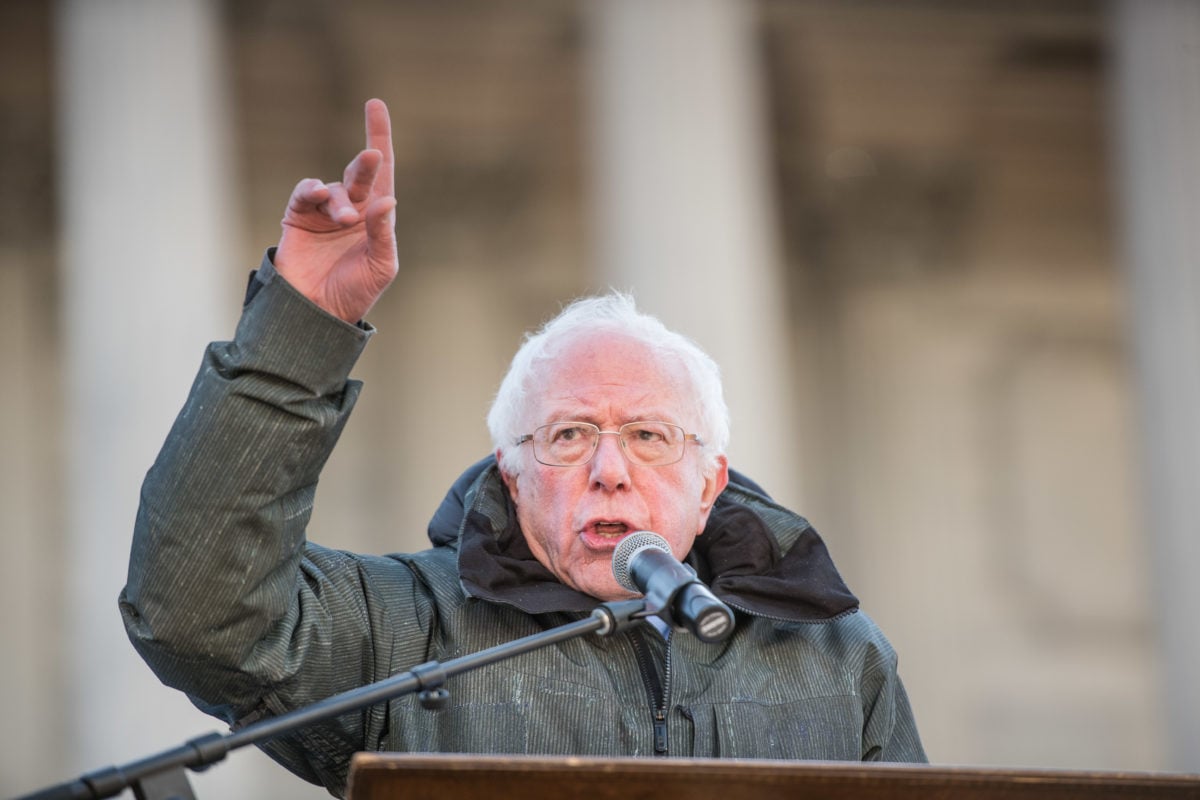 Supporters of both Sanders and Clinton have harbored grudges over the bitter primary in 2016, though for different reasons.

Some Clinton supporters blame Sanders and his wing of the party for not doing enough to help Clinton in her general election race against Trump, while Sanders supporters haven’t forgotten that the Democratic National Committee (DNC) worked to help Clinton beat Sanders in the primary.

In the most egregious example of DNC bias, the committee chair, Donna Brazile, repeatedly leaked debate questions to Clinton ahead of time.