President Donald Trump called The Washington Post “a Fact Checker only for the Democrats” on Twitter Tuesday.

“The Washington Post is a Fact Checker only for the Democrats,” Trump wrote on Twitter Tuesday. “For the Republicans, and for your all time favorite President, it is a Fake Fact Checker!”

The Washington Post is a Fact Checker only for the Democrats. For the Republicans, and for your all time favorite President, it is a Fake Fact Checker!

Reminder: Trump cites the @washingtonpost Fact Checker when we give Pinocchios to Democrats https://t.co/0TN7WkaZAZ

WaPo’s “ongoing database” of what it says are “false or misleading” claims by Trump was last updated Sunday.

“In 759 days, President Trump has made 8,718 false or misleading claims,” the page’s header reads. The tally includes repeats of claims like “Building the wall,” which the WaPo rates as “three Pinocchios.” 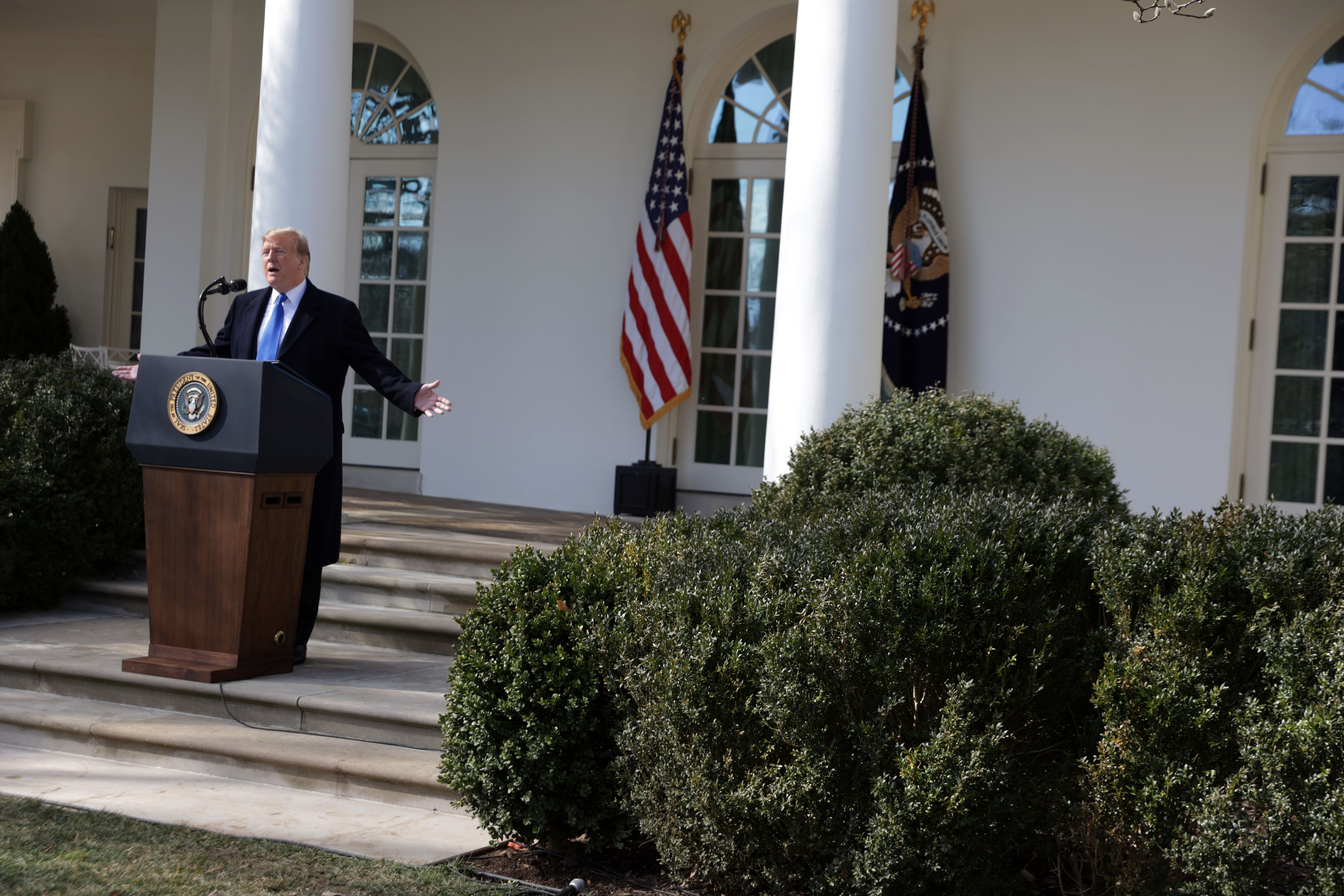 “Where to begin with President Trump’s rambling news conference to announce he was invoking a national emergency to build a border wall? It was chock-full of false and misleading claims, many of which we’ve previously highlighted, either in our database of Trump claims or our list of Bottomless Pinocchios,” Kessler and fellow fact-checker Meg Kelly wrote in the post.

This is an impressive gain for almost two years; under President Barack Obama, about 900,000 manufacturing jobs were gained over seven years from the 2010 nadir after the Great Recession. Moreover, despite the recent gains, the number of manufacturing jobs is still nearly 1 million below the level at the start of the Great Recession in December 2007.

Other statistics Trump cited rang true. His claim that “[u]nemployment for Americans with disabilities has also reached an all-time low” matched with numbers showing the annual unemployment rate for disabled people was 8 percent in 2018, the lowest rate since the Bureau of Labor Statistics (BLS) started keeping track about a decade ago.

Trump is joined by a politician on the opposite side of the political spectrum when it comes to hitting back against the WaPo Fact Checker. Democratic New York Rep. Alexandria Ocasio-Cortez had a meltdown in a series of tweets in early January over getting fact-checked by organizations like WaPo and PolitiFact. She also got into a Twitter spat with Kessler himself after he awarded one of her misleading claims with “three Pinocchios” in late January.