President Donald Trump signed a directive that will launch the Space Force on Tuesday, placing it under the Air Force.

The plan still needs to be approved by Congress, reported The Wall Street Journal.

“Space, that’s the next step and we have to be prepared,” Trump said Tuesday according to WSJ. “I think we’ll have great support from Congress.”

“I think the fact that we’re having a national debate on space is really healthy. Really healthy,” Air Force Chief of Staff Gen. David Goldfein said Tuesday morning, according to The Washington Post. “We’re the best in the world at space, and our adversaries know it, and they’ve been studying us and investing in ways to take away that capability in crisis or conflict. That, to me, is the problem statement, and we as a nation cannot let that happen.” (RELATED: Watch: Neil DeGrasse Tyson Actually Defends Trump’s Plan For A Space Force)

Trump is expected to propose funding for the Space Force in a 2020 budget plan with the goal of shifting the Space Force to a separate military department, according to a senior administration official cited by WSJ.

Estimates for how much the Space Force will cost have varied. Vice President Mike Pence called for an “additional $8 billion” to invest in space technology over the next five years during a speech on Aug. 9. 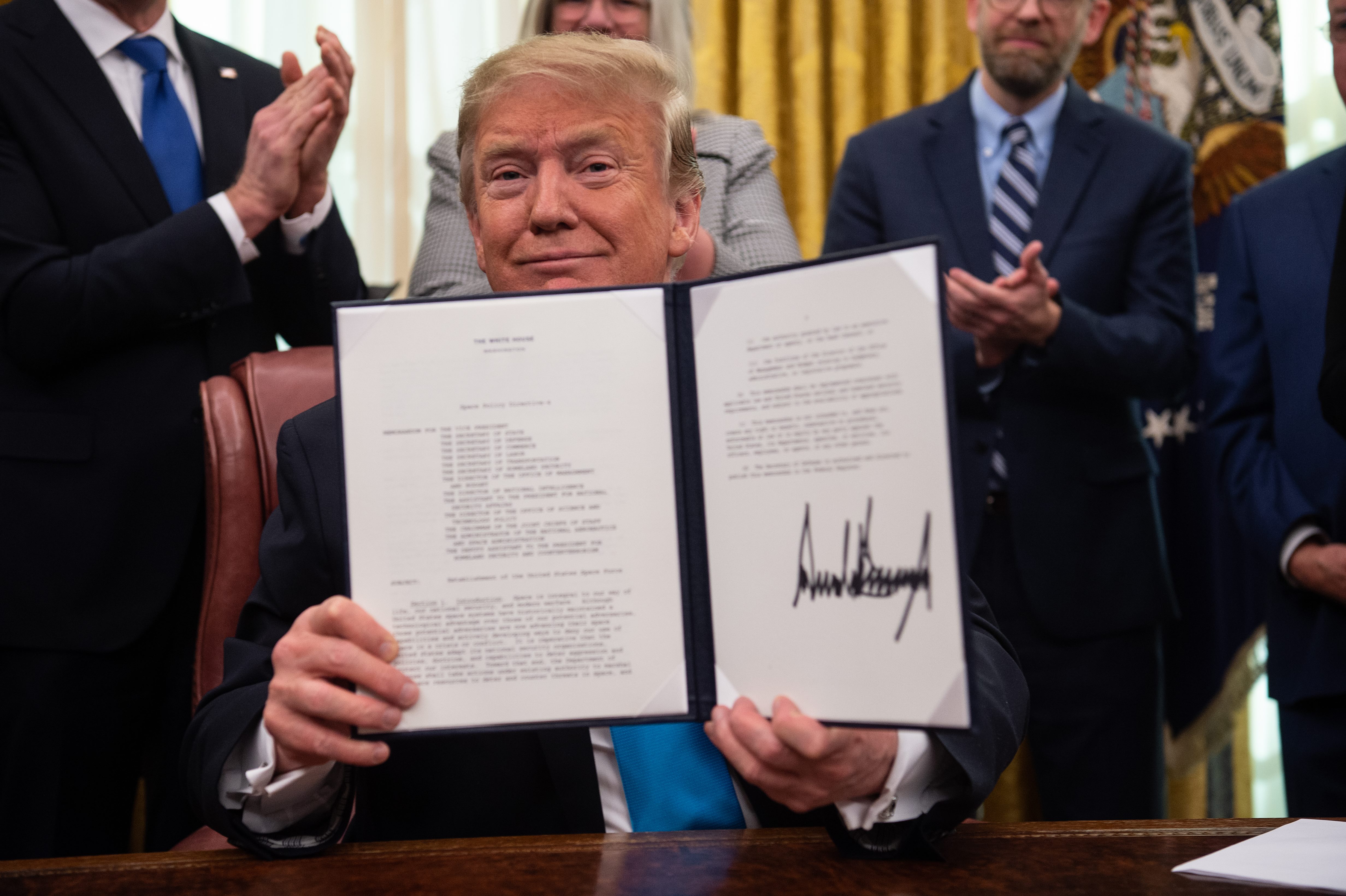 US President Donald Trump shows his signature on the Space Policy Directive-4 (SPD-4) on February 19, 2019, at the White House in Washington, DC. (NICHOLAS KAMM/AFP/Getty Images)

Meanwhile, the Air Force “released its own $13 billion estimate of the costs over the next five years to stand up both a Space Force and a U.S. Space Command,” but acting Defense Secretary Patrick Shanahan said the move would cost less than $5 billion, reported DefenseNews.

The Space Force will be represented among the Joint Chiefs of Staff and commanded by an Air Force under-secretary for space, reported CNBC.

The Space Force has garnered some unexpected defenders, including astrophysicist and television host Neil deGrasse Tyson. 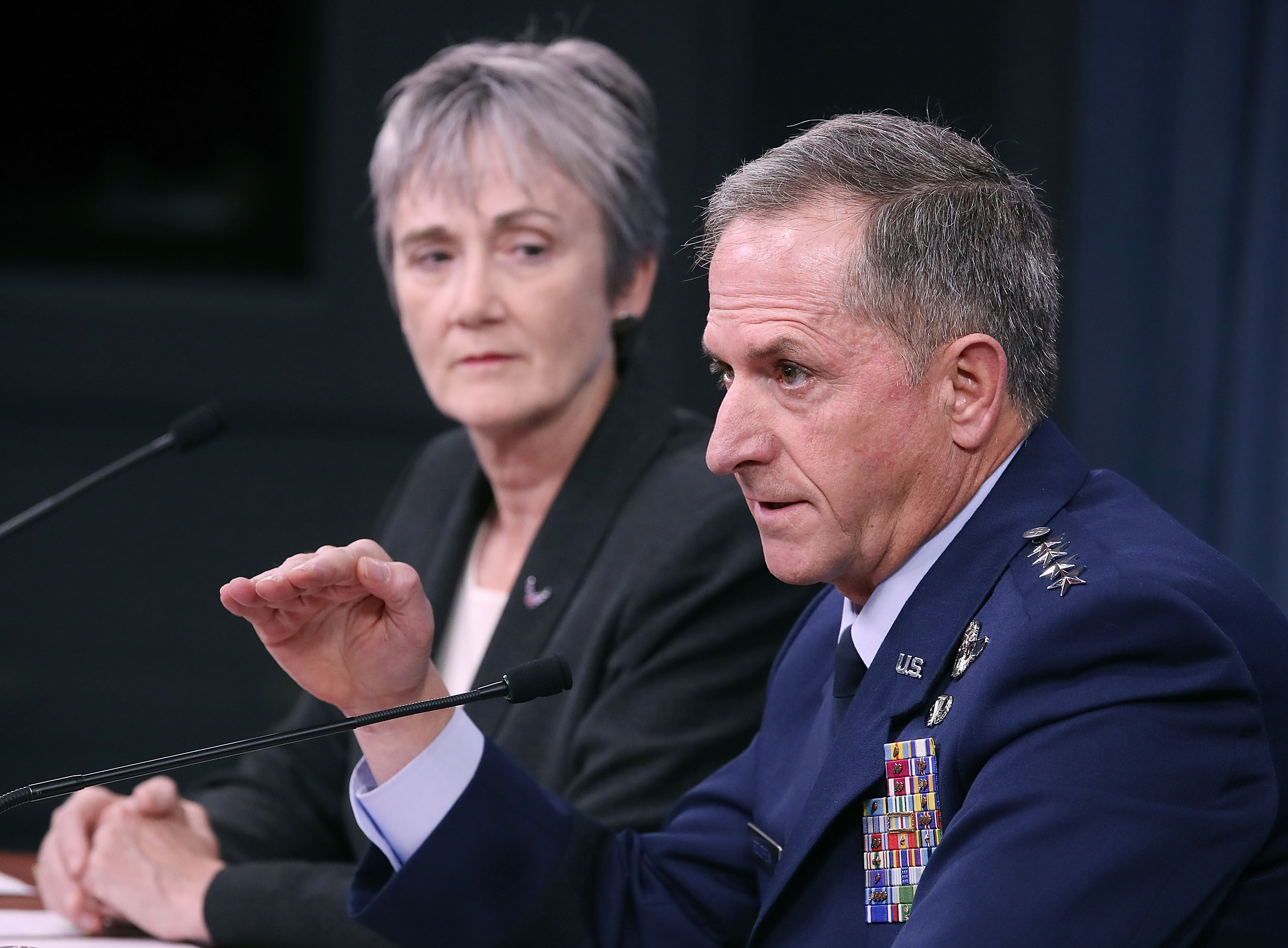 Air Force Secretary Heather Wilson and Air Force Chief of Staff Gen. David Goldfein brief the media on the state of the Air Force and the situation with Texas Church shooter Devin Kelley, at the Pentagon on November 9, 2017 in Arlington, Virginia. (Photo by Mark Wilson/Getty Images) 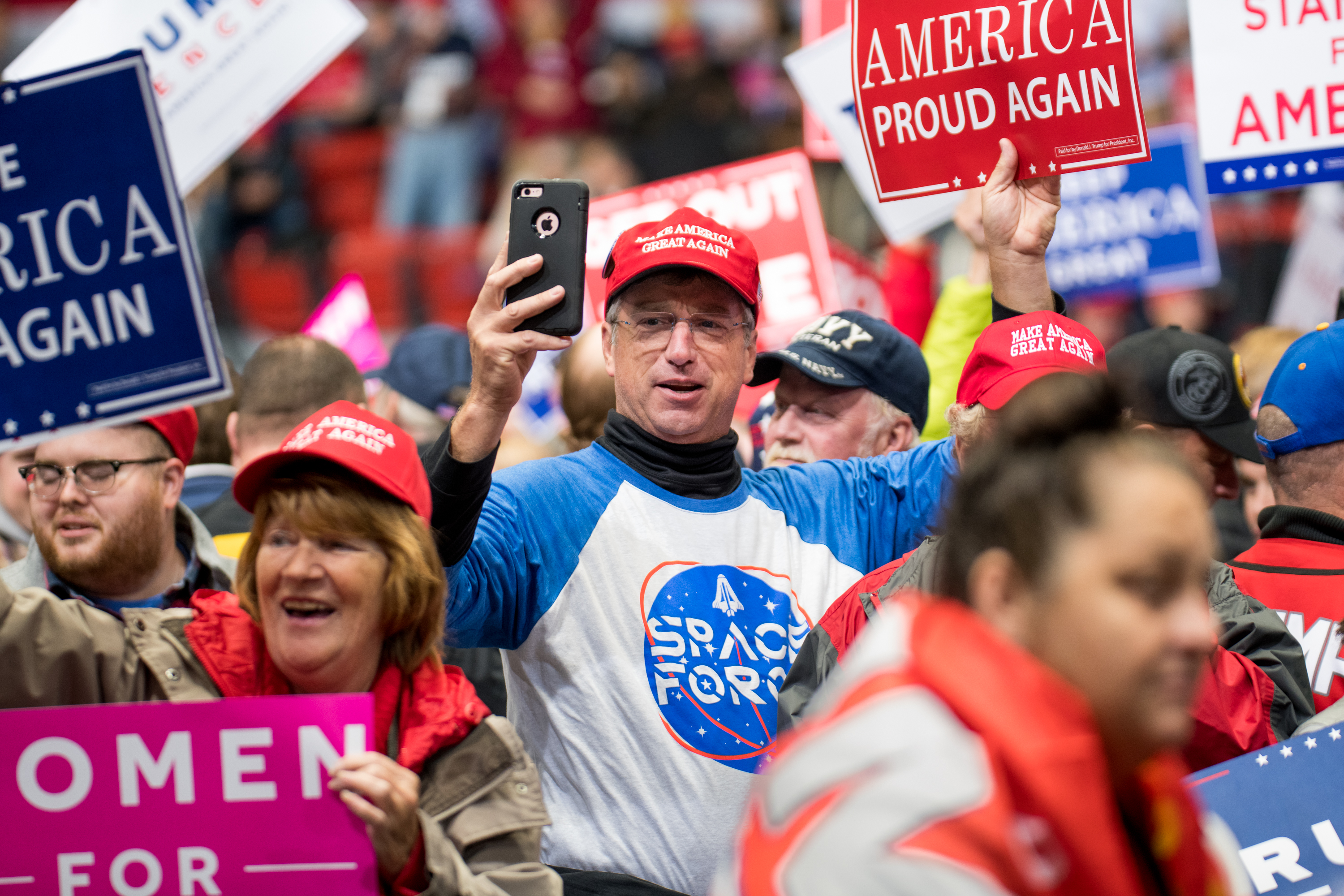 A man wearing a Space Force shirt documents the scene before a campaign rally with President Donald Trump at the Bojangles Coliseum on October 26, 2018 in Charlotte, North Carolina. (Photo by Sean Rayford/Getty Images)

“Just because it came out of Trump’s mouth doesn’t make it a crazy idea,” deGrasse Tyson told Salon in September.

Trump originally floated the idea of a Space Force during a speech at Miramar Marine Corps Air Station in California on March 13.