Self-proclaimed “lifelong Democrat” and former Starbucks CEO Howard Schultz wrote an open letter Monday in an attempt to quell fears that a presidential run as an Independent would cannibalize the anti-Trump vote.

“There have been some skeptical and even downright angry comments from party activists and inside-the-Beltway pundits in the press and on social media. Others have expressed genuine fears that an independent candidate could help reelect President Trump,” Schultz wrote in Medium. “I hear and respect this overriding concern, and have repeatedly promised that I will not be a spoiler. I am committed to ensuring that I will do nothing to reelect Donald Trump. I mean it.”

Schultz announced in January that he was considering running for president in 2020 as a third-party candidate. The revelation immediately sparked concern among Democrats that a left-leaning Independent candidate could split the general election vote in favor of Trump.

“The stakes are too high to cross our fingers and hope the Democratic Party nominates a moderate who can win over enough independents and disaffected Republicans, and even fellow Democrats, to defeat Trump next year. That any opponent can oust Trump, no matter how far to the radical left they are, is a fallacy,” Schultz wrote. “Those so concerned about a centrist independent being a spoiler should perhaps ask another question: Will the eventual Democratic nominee be the party’s own version of a spoiler?”

“Of course, it’s too early to know who the nominee will be,” he continued. “We must let the process play out. And that same standard should apply to a discussion of a possible independent candidacy.” 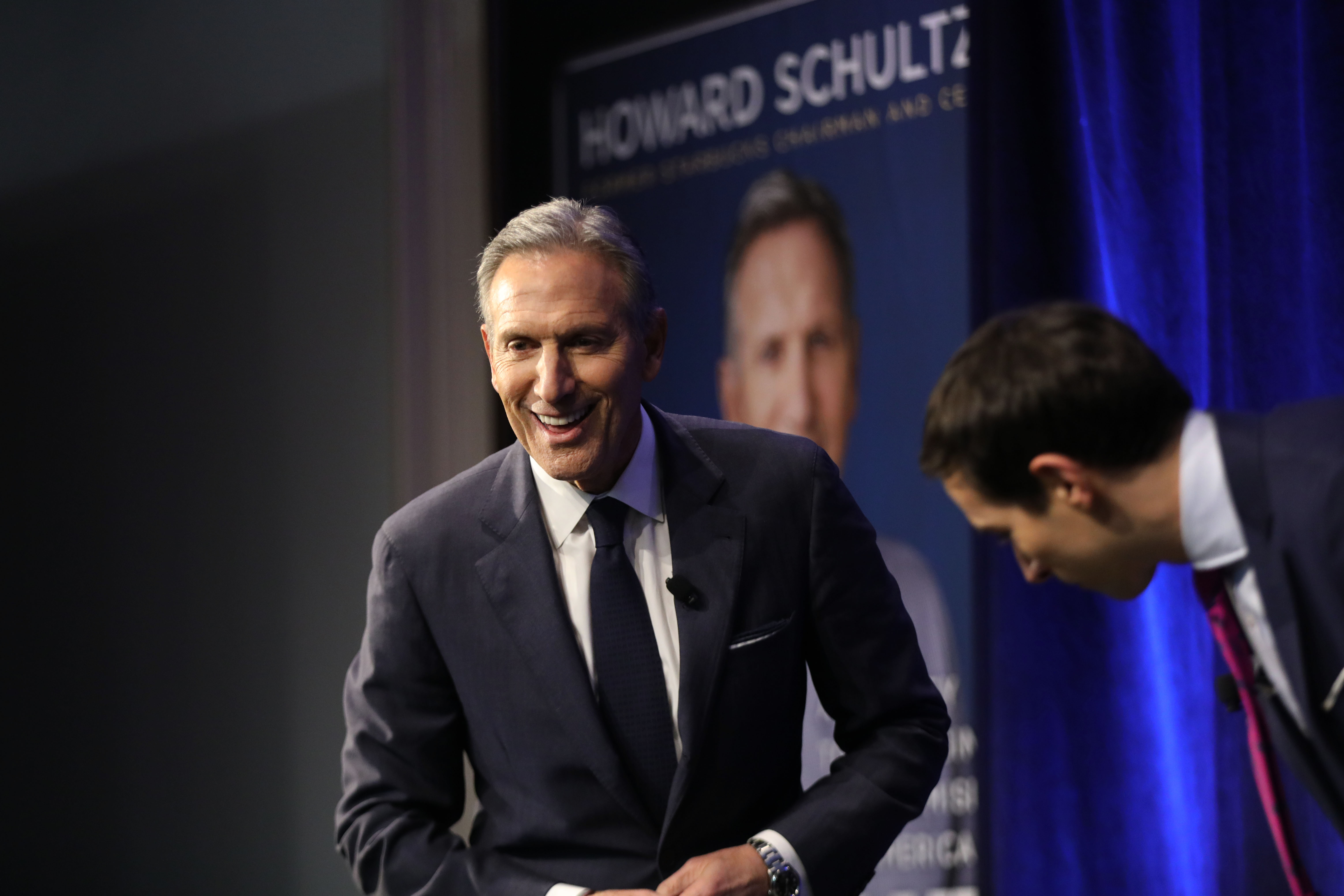 The billionaire businessman has been critical of a slew of recent Democratic policy proposals such as the Green New Deal and Medicare-for-all and free college tuition, but he still aligns with the party on key issues such as abortion rights and strict gun regulation. (RELATED: Howard Schultz Starts His 2020 Attack And It’s Not Aimed At Trump)

Schultz has yet to make a formal 2020 presidential announcement and maintains that he has still not made a decision on whether or not to run. However, he has met with both Democratic and Republican advisers to discuss a potential bid since stepping down as CEO of Starbucks in 2017.

“In the coming weeks, I will lay out my vision for how a centrist independent would govern. I will discuss how we must draw upon the best ideas from all sides, reject revenge politics and assemble an administration that reflects the full diversity of the country, including Democrats, Republicans and independents,” Schultz wrote. “I will also share more details about how a centrist independent would address major public policy challenges.”