Fox News host Tucker Carlson challenged a Democratic activist who tried to make the case for identity politics on his Tuesday night show.

“You cannot talk about economic inequality in the country without talking about racial and economic disparity, because of the systems we have built and the legacy of slavery and Jim Crow and internment and all of those things,” Patel said. “What he is saying, basically, is that things like race and inequality are inextricably intertwined based on institutions we have built and the legacies of them.”

Tucker told Patel he was “confusing” him because “the richest people in America are not white people” but rather “immigrant groups,” particularly “Indian immigrants.” 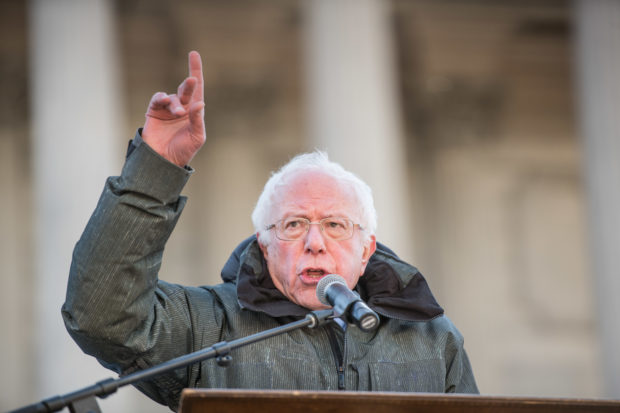 “A Nigerian immigrant makes more than the average white American, so it’s a lot more complicated and I’m not sure what that means but I know what you said is totally false,” said Carlson.

“It is very complicated, but the fact of the matter is that you are, by and large—statistically speaking—the darker you are in this country, the poorer you are,” Patel claimed. (RELATED: Twitter Exchange Between Kirsten Gillibrand And Donald Trump Jr. Ends With Fundraising Appeal)

“Hold on, but hold on, that’s not true,” Tucker pushed back. “Slow down, that is not true. It is so much more complicated than that, that what you are saying is a lie. And so Asian immigrants, for example, have the highest educational attainment level and highest incomes of any group in America, okay?”

Patel argued that the criminal justice system produces “significantly unequal outcomes” for black people in particular, who are “given stronger sentences, surveilled more often, and policed more often and that puts them in a cycle of poverty at times that you can’t get another job.”

Tucker agreed that there was “some truth” to that contention, but took issue with Patel’s argument that “the darker you are, the more oppressed you are.”

“[I]n fact, most poor people in America are white, as you know,” said the Fox News host. “The poorest state is the whitest state—West Virginia—so let’s stop lying. I’m not making a case for any racial group. I’m making a case for nonracial approach to policy and the only one we can have without wrecking the country.”

“Bernie Sanders in 2016 never mentioned color,” Tucker added before another back-and-forth between the pair.