More than two dozen environmental and conservation groups are calling for the Department of the Interior (DOI) to walk back a commitment to open up “nearly 100 percent of our coasts to oil and gas development.”

The National Wildlife Federation and 24 other groups sent a letter to acting Interior Secretary David Bernhardt Monday asking him to reconsider opening up any more territory to offshore drilling in the next five-year plan for the National Outer Continental Shelf Oil and Gas Leasing Program.

“The risks are too great to open up more of our coasts to drilling,” the letter states. “A spill anywhere along the Atlantic, Pacific or Arctic shorelines would be catastrophic for wildlife and our communities.” (RELATED: Trump’s DOI Releases The Results Of The Largest Oil Lease Sale In US History)

“Our oceans and marine wildlife support billions of dollars of economic activity and sustain tourism, outdoor recreation and fishing in our coastal states,” the letter concludes. “We urge the Administration to throw out its plans and go back to the drawing board, and listen to the governors and residents of coastal states.”

The DOI, led by then-Interior Secretary Ryan Zinke, announced plans in March 2018 to roll back offshore drilling bans on millions of acres of federal water and to open roughly 90 percent of the Outer Continental Shelf to oil exploration. 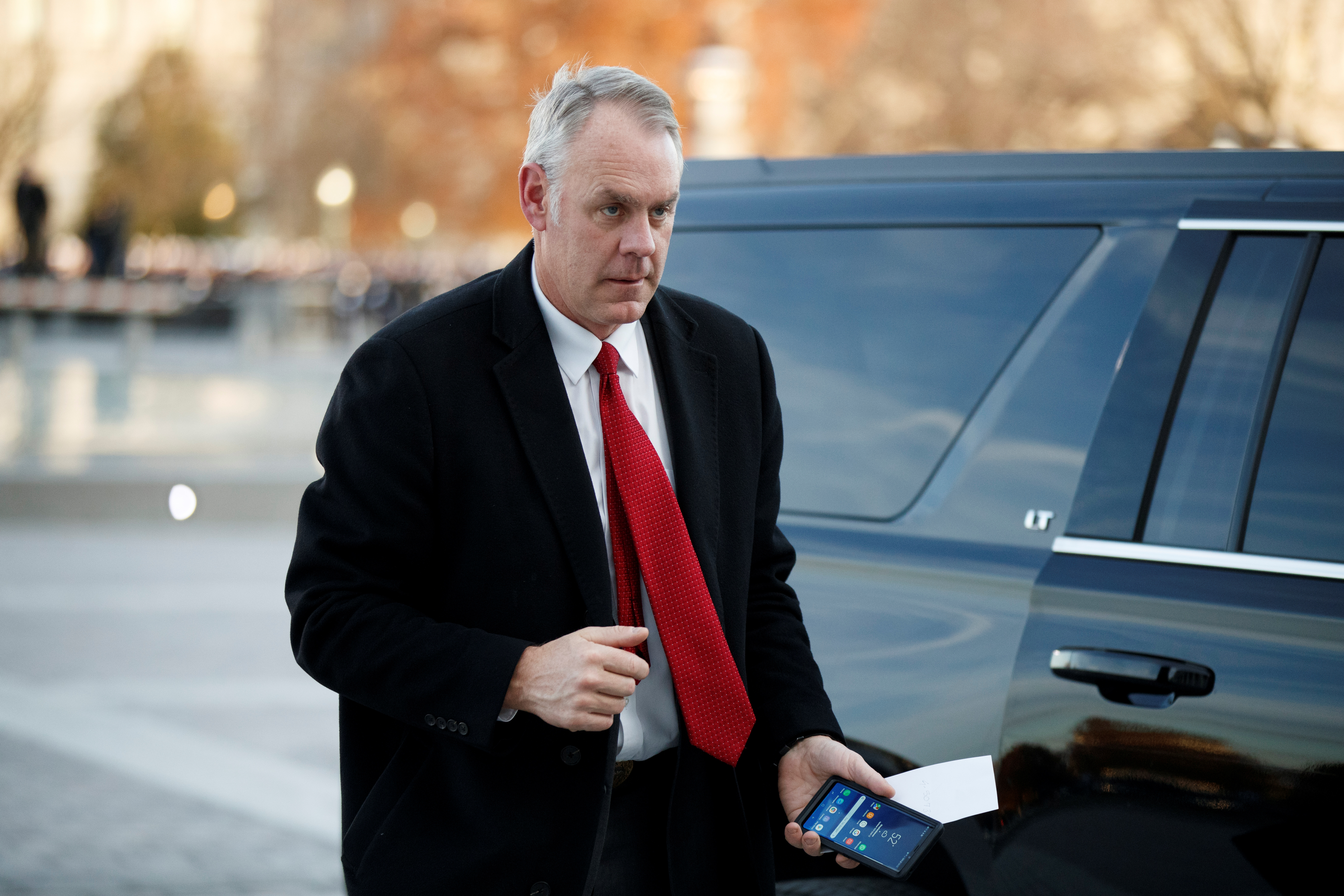 US Secretary of the Interior Ryan Zinke arrives at the US Capitol prior to the service for former President George H. W. Bush in Washington, DC, USA, 03 December 2018. Shawn Thew/Pool via REUTERS

Days after the announcement, Zinke said he would exempt Florida’s coastal waters from the final plan, sparking outrage from other coastal state officials. New Jersey sued the federal government in October for failing to respond to a Freedom of Information Act request for documents on why Florida was exempted.

Environmental groups sought to get a preliminary injunction from a federal court against any oil exploration from taking place in the Atlantic Ocean. Five companies applied for permits to conduct seismic tests off the coast which would reveal where, if any, retrievable oil could be found, The Hill reports.