President Donald Trump could bring a big bargaining chip to his upcoming summit with North Korean dictator Kim Jong Un: Officially ending the Korean War, which the U.S. has technically been involved in since 1950.

Trump was the first U.S. president to meet with a North Korean leader when he and Kim held a one-on-one summit in Singapore in June. Trump is scheduled to meet with Kim for a two-day summit in Vietnam to discuss denuclearization on Feb. 27 and 28, reported Politico.

A peace treaty ending the war is “something [Kim] wants more than almost anything else,” reported The Associated Press Wednesday. Shifting the rhetoric of the summit from denuclearization talks to peace talks would be a “risky move” that Trump seems to have signaled in his Feb. 5 State of the Union Address, according to The AP.

He did not mention “denuclearization” but did call for a “historic push for peace on the Korean Peninsula.” (RELATED: Trump Officially Launches Space Force, But There’s A Catch)

Trump’s special representative for North Korea Stephen Biegun discussed his “assignment to oversee and lead the broad diplomatic initiative to achieve the final, fully verified denuclearization of North Korea” during a talk at Stanford University on Jan. 31.

“In President Trump, the United States has a leader who, more so than any previous president, is deeply and personally committed to once and for all bringing an end to 70 years of war and hostility on the Korean Peninsula,” Biegun said. 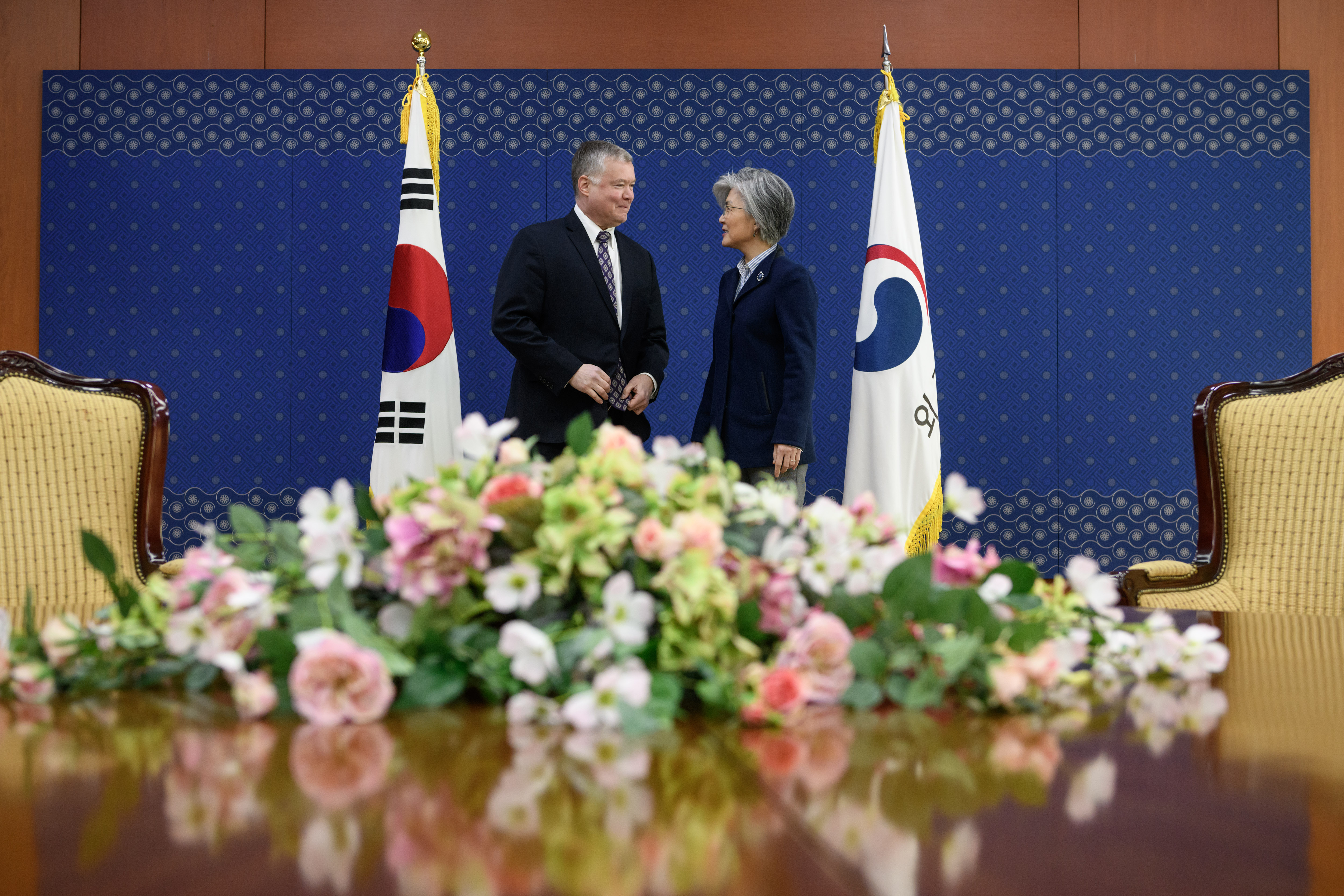 US Special Representative for North Korea Stephen Beigun (L) stands with South Korea’s Foreign Minister Kang Kyung-wha (R) during their meeting at the foreign ministry in Seoul on February 9, 2019. (Photo by Ed Jones-Pool via Getty Images) 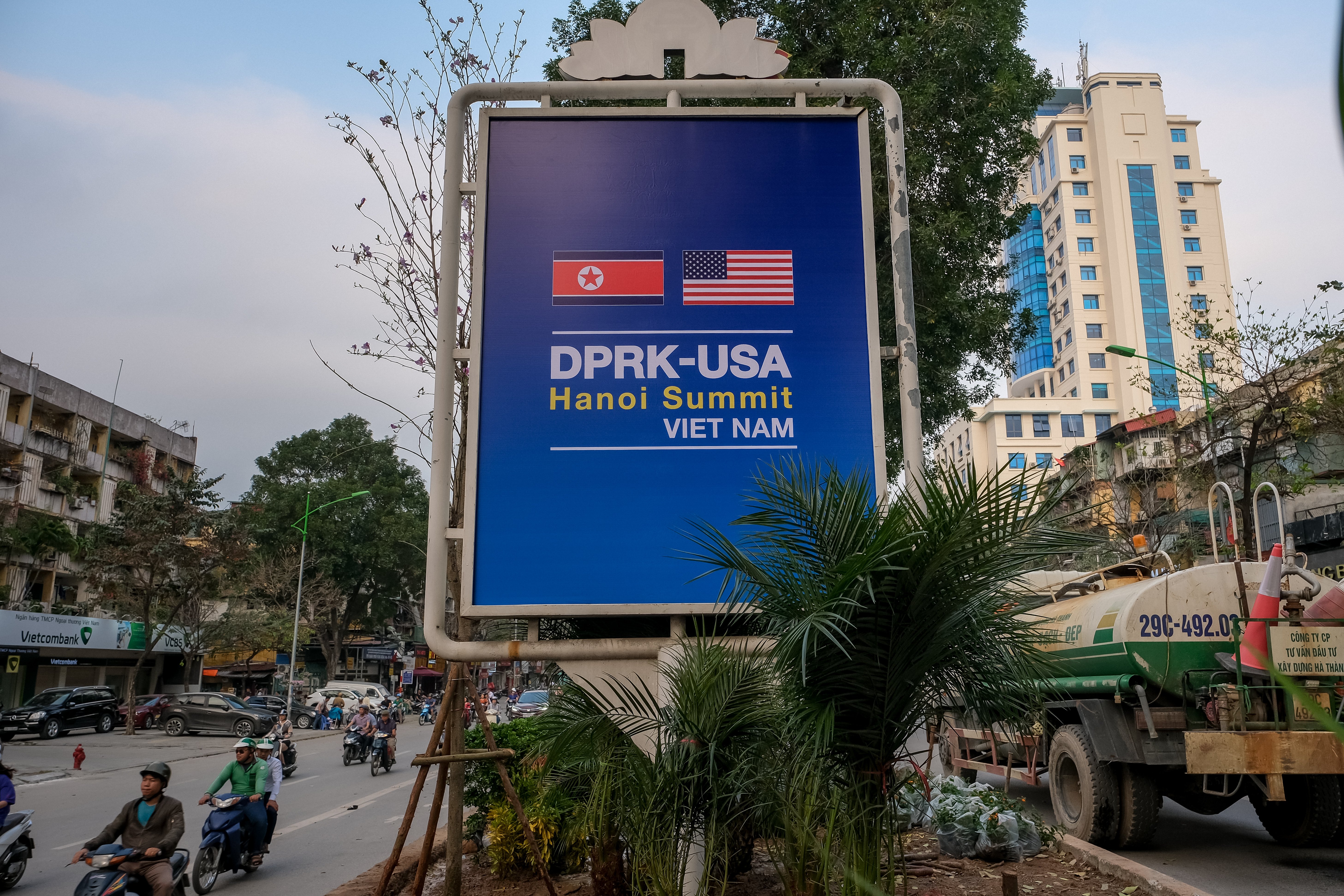 If the two leaders achieve a peace treaty later in February, Kim would meet a goal that originated with his grandfather Kim Il Sung, reported The AP. An agreement of that nature could bring sanctions relief to North Korea as well as reduce the number of U.S. troops south of the Demilitarized Zone between North Korea and South Korea.

North Korea said in December that it will not denuclearize until the U.S. removes its nuclear threat from the region first.

Trump was optimistic after his meeting with Kim in June, but the North Korean dictator has appeared to push ahead with plans for the development of his weapons programs.