President Donald Trump confirmed, in a Wednesday afternoon appearance in the Oval Office, that he will leave any decisions about the impending release of special counsel Robert Mueller’s report to newly sworn-in Attorney General Bill Barr.

Trump remarked that the release of the report will “be totally up to the new attorney general. He’s a tremendous man, a tremendous person who really respects this country and respects the Justice Department,” after CNN reported that Barr could announce the end of the investigation by the end of next week.

The president first remarked that he would leave any decision on the Mueller report to the DOJ in an exclusive Oval Office interview with The Daily Caller in January.  “They’ll have to make their decision within the Justice Department. They will make the decision as to what they do,” Trump told the Caller about whether he would take an active role in the release of the report.

Barr previewed how he would handle the release of the Mueller report during his congressional confirmation hearing, saying, “The special counsel will prepare a summary report on any prosecutive or declination decisions and that that shall be confidential and shall be treated as any other declination or prosecutive material within the department.” 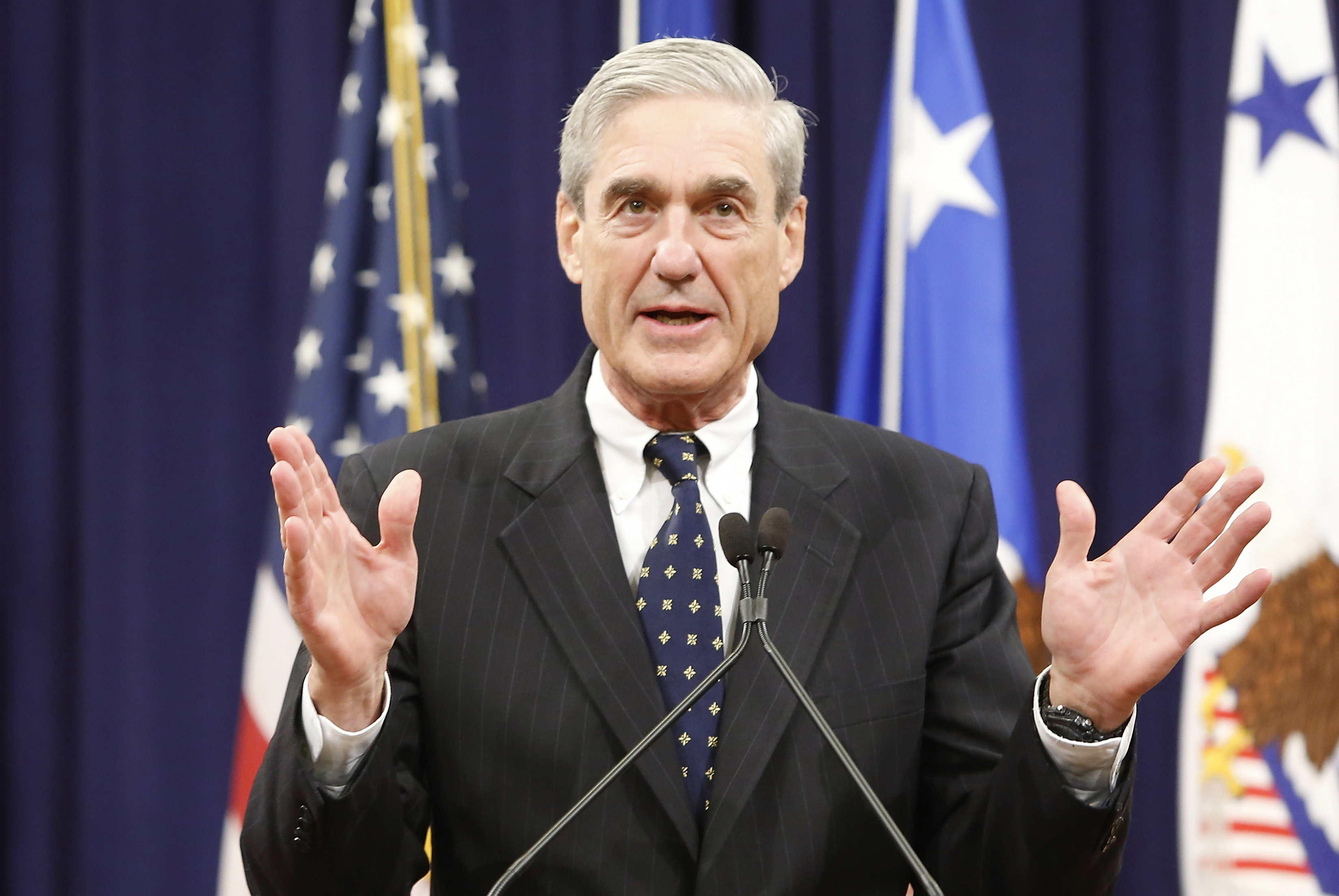 The report is expected to be a summary of findings by Mueller’s nearly two-year investigation into Russian interference in the 2016 presidential election. The probe issued indictments against Russian intelligence agents for allegedly interfering in the election but also targeted former Trump aides Paul Manafort, Rick Gates and Roger Stone.

The indictments against Manafort, Gates and Stone range from foreign lobbying violations to process crimes incurred during the investigation.