“Any actions by the Venezuelan military to condone or instigate violence against peaceful civilians at the Colombian and Brazilian borders will not be forgotten,” Bolton wrote. “Leaders still have time to make the right choice.”

Any actions by the Venezuelan military to condone or instigate violence against peaceful civilians at the Colombian and Brazilian borders will not be forgotten. Leaders still have time to make the right choice.

More than 40 people have been killed during protests since Maduro’s rival, National Assembly President Juan Guaido, declared himself the country’s leader instead of Maduro on Jan. 23. Much of the military is still with Maduro, leading Guaido to offer it amnesty should it abandon Maduro’s government, reported Reuters.

U.S. President Donald Trump criticized Maduro and recognized Guaido in January, as did other countries, including Brazil and Canada. (RELATED: ‘All Options Are Open’: Trump Puts Venezuelan Military On Notice)

Bolton made headlines when he was spotted carrying a notepad with “5,000 troops to Colombia” scribbled on it Jan. 28. Colombia and Venezuela border one another.

Trump emphasized “all options” are open when dealing with the situation in Venezuela. 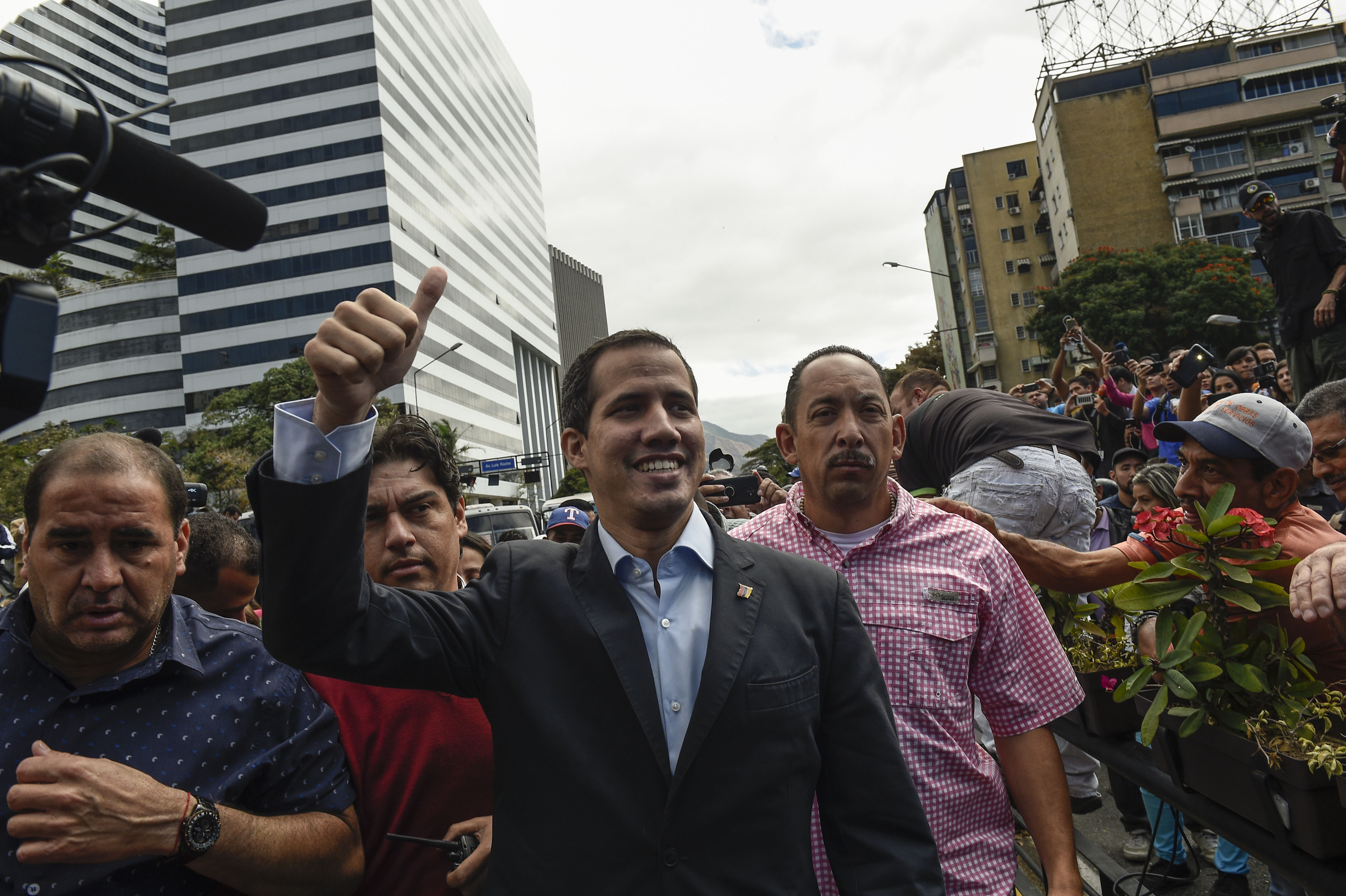 Venezuelan opposition leader and self declared acting president Juan Guaido (C), arrives to take part in a demonstration called by the transportation sector to support him, in Caracas on February 20, 2019. (FEDERICO PARRA/AFP/Getty Images)

“We seek a peaceful transition of power, but all options are open,” he said during a speech at Florida International University pm Monday.