“Content claiming that specific victims of public violent incidents or their next of kin are actors, or that their experiences are false,” notes a bullet point on YouTube’s page fleshing out the company’s policies on harassment and cyberbullying. The language is an example of the kind of content the platform does not permit, according to Google.

Google, YouTube’s parent company, told The Daily Caller News Foundation that YouTube launched an update Tuesday to the company’s Community Guidelines strike system that gave users a warning of a violation before getting a strike. The previous system gave users who violated such guidelines a three-strike count without a warning before having the platforms removed.

Google has not responded to TheDCNF’s request for comment about how the newest guideline will be administered in situations where the outcomes are in doubt. Smollett reported in January that two men assaulted him and yelled, “This is [Make America Great Again] country,” at him. (RELATED: Vox Correspondent Says ‘MAGA Country’ Quote In Smollett Case Was Pushed By Celebrities Not The Media)

The new guideline might also address instances when people use YouTube’s platform to post videos expressing doubt about the nature of a public shooting. An example of that happened when media provocateur Alex Jones concocted conspiracy theories about the 2012 Sandy Hook shooting in Connecticut. Jones aired an episode on his podcast claiming CNN used several green screens to cover the shooting’s aftermath. 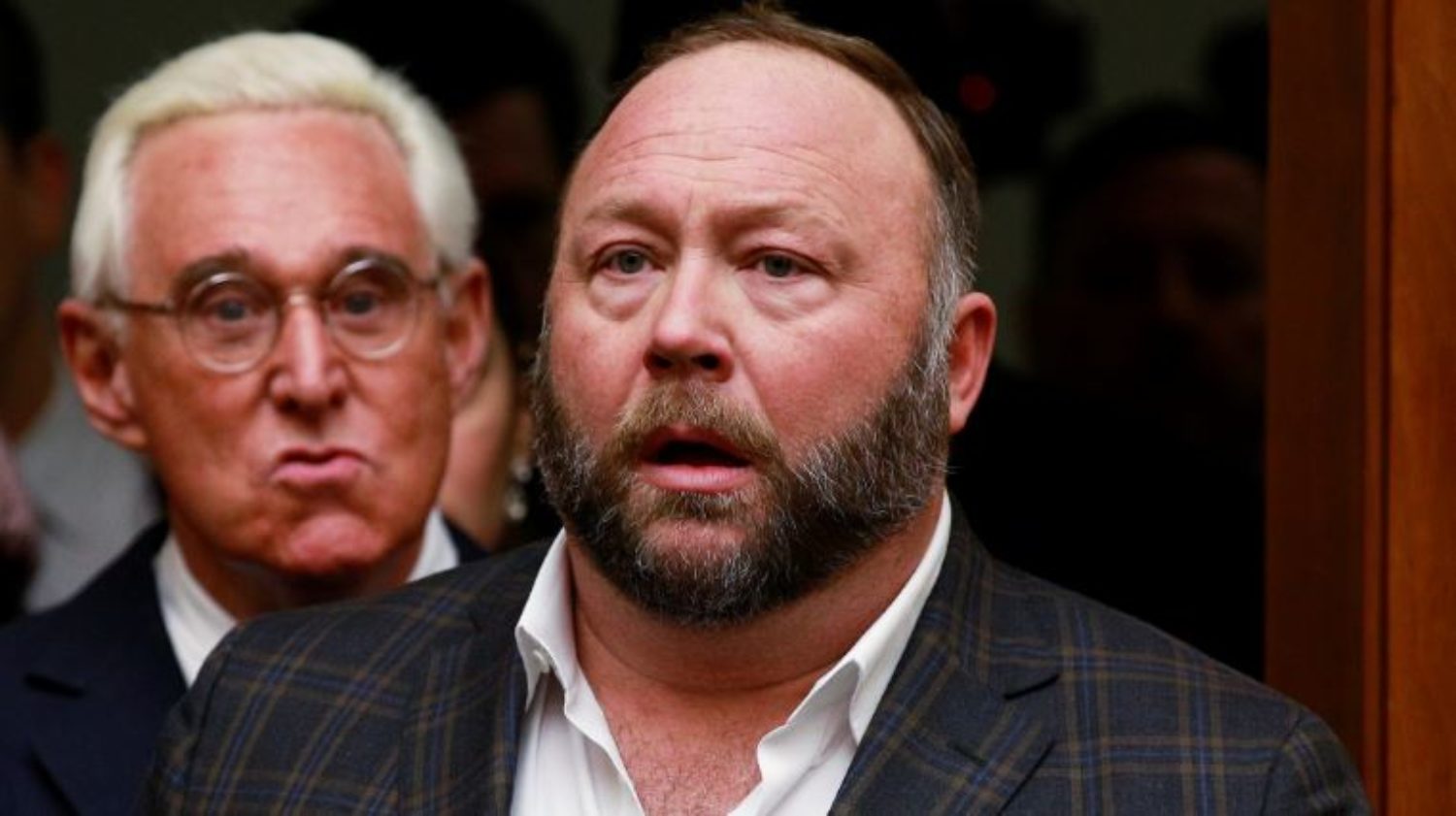 Alex Jones of Infowars is followed by political operative Roger Stone (L) prior to the testimony of Google CEO Sundar Pichai at a House Judiciary Committee hearing “examining Google and its Data Collection, Use and Filtering Practices” on Capitol Hill in Washington, U.S., Dec. 11, 2018. REUTERS/Jim Young

YouTube’s policy shift comes a year after TheDCNF reported in February 2018 that Southern Poverty Law Center assisted the company in policing content on its platform. The left-wing nonprofit is one of the more than 100 non-governmental organizations (NGOs) and government agencies in YouTube’s “Trusted Flaggers” program, a source with knowledge of the arrangement told TheDCNF at the time.