North Carolina Republican politician Mark Harris’s son testified that he had warned his father about a “shady” political operative, appearing to contradict earlier claims by his father, at a Wednesday hearing on a potentially illegal ballot harvesting scheme during the 2018 midterm election.

Mark Harris’s race for North Carolina’s 9th Congressional District is the only 2018 midterm election that has not been certified. The Republican former pastor leads Democrat Dan McCready by roughly 900 votes, according to an unofficial count.

The controversy centers on McCrae Dowless, a political operative who worked for the Harris campaign as a contractor for the political consulting firm Red Dome Group. Dowless orchestrated an illegal ballot-harvesting operation in the 2018 election, North Carolina’s elections director Kim Strach said at a hearing Monday.

“I thought what [Dowless] was doing was illegal, and I was right,” John Harris, 29, said about Dowless Wednesday, adding: “I had no reason to believe that my father actually knew, or my mother or any other associate with the campaign had any knowledge. I think Dowless told them he wasn’t doing any of this, and they believed him.”

Mark Harris, 52, was choked up with tears during parts of his son’s testimony before the state’s Board of Elections, which has the power to call a new election. (RELATED: North Carolina Elections Director Says GOP Consultant Orchestrated An ‘Unlawful’ Ballot-harvesting Scheme) 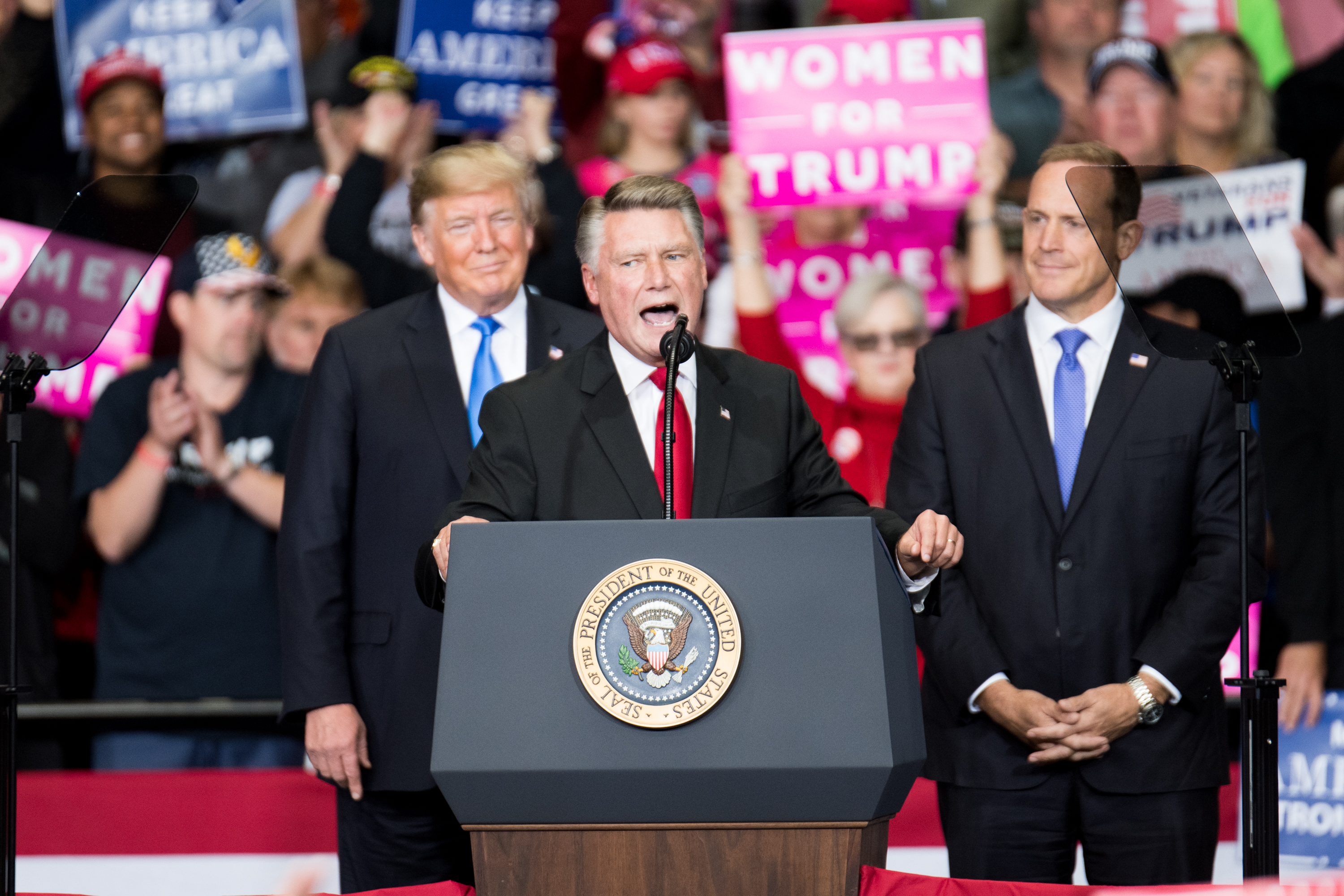 The testimony of Mark Harris’s son, an assistant U.S. attorney in the Eastern District of North Carolina, was impactful because John Harris said he had been studying ballot collection in Bladen County since 2016. Mark Harris finished ahead of a Republican congressional primary opponent in 2016, even though that candidate, Todd Johnson, had received 221 of the 226 mail-in absentee ballots in the county, reported The Raleigh News & Observer.

Johnson had hired Dowless “to run his absentee program,” reported The Washington Post.

John Harris said he had shared his misgivings about Dowless with his father and Yates.

“This McCrae guy, seems like he might be a shady character,” he recounted telling Yates in 2017, according to The News & Observer.

“If that conversation happened, I do not recall that ever happening,” Yates said while testifying before John Harris gave testimony.

John Harris’s parents did not know he was going to give testimony Wednesday, reported The News & Observer. (RELATED: Who Is McCrae Dowless, The Man At The Center Of NC-09’s Election Nightmare?)

Dowless’s former stepdaughter Lisa Britt worked for him during Harris’s campaign and admitted to illegal vote tampering while testifying Monday, reported NBC News. Britt said she collected incomplete absentee ballots and filled in omitted choices with “a vote for whoever was a Republican.”

Testimony in front of the North Carolina Board of Elections continued Thursday with Mark Harris set to testify.