In a historic and unprecedented four-day summit in Rome, Pope Francis called on the Catholic hierarchy in attendance to make “concrete and effective” measures in response to the church’s abuse scandals Thursday, according to CNN.

“The holy people of God are looking at us and expect from us not simple condemnation,” said Francis, “but concrete and effective measures to put in place. We need to be concrete.”

With more than 100 global bishops and cardinals in attendance, the summit officially called “The Protection of Minors in the Church,” will work to develop improved practices for preventing and investigating sexual abuse within the church. 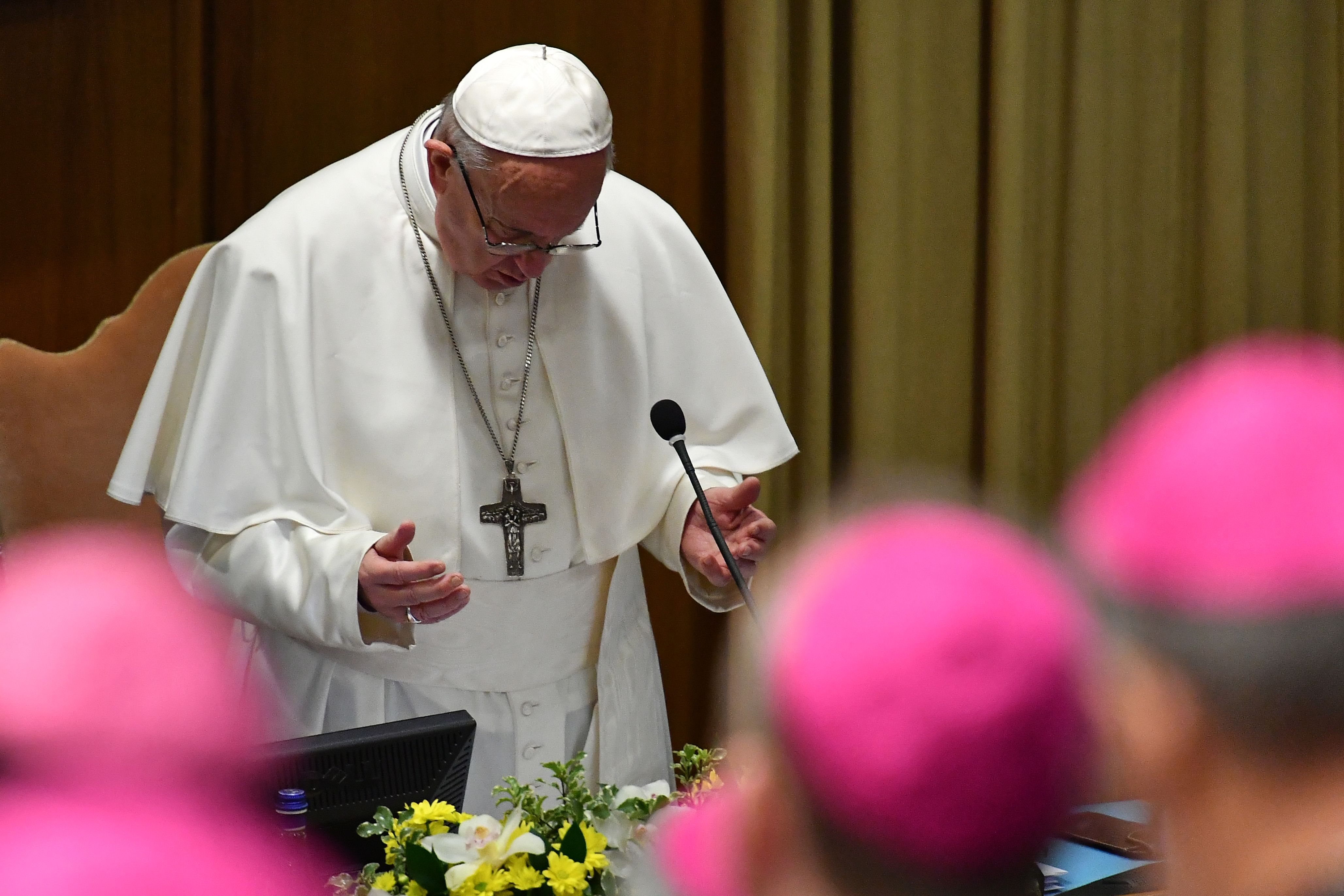 Pope Francis prays during the opening of a global child protection summit for reflections on the sex abuse crisis within the Catholic Church, on February 21, 2019 at the Vatican. (VINCENZO PINTO/AFP/Getty Images)

The points call for specific procedures in handling allegations, the transfers of seminarians and in priests preventing predators from moving in communities. Specifically, one of the points brought to the church leaders proposed to raise the minimum marriage age to 16. Currently, the minimum age is 14 for females and 16 for males.

Here are the “reflection points” the Pope handed out today to Catholic leaders at the summit on clergy sex abuse pic.twitter.com/Pct0YOpIoD

The church’s top sex abuse investigator, Archbishop Charles Scicluna of Malta, referenced the guidelines as “a roadmap for our discussion” that are “very, very concrete.”

In addition to developing new ways to combat sexual abuse, Francis opened the summit by acknowledging that the church must listen to the victims within the church. (RELATED: Pope Francis Expresses Openness To Older, Married Priests)

“In the face of this scourge of sexual abuse perpetrated by men of the church to the detriment of minors, I thought I would summon you,” said Francis, “so that all together we may lend an ear and listen to the Holy Spirit…and to the cry of the small ones who are asking for justice.”

The church leaders did listen to five videotaped testimonies from victims inside the summit hall Thursday.

Responding to the testimonies, Manila Cardinal Luis Tagle challenged and demanded church leaders to no longer disregard the harm caused by abuse. 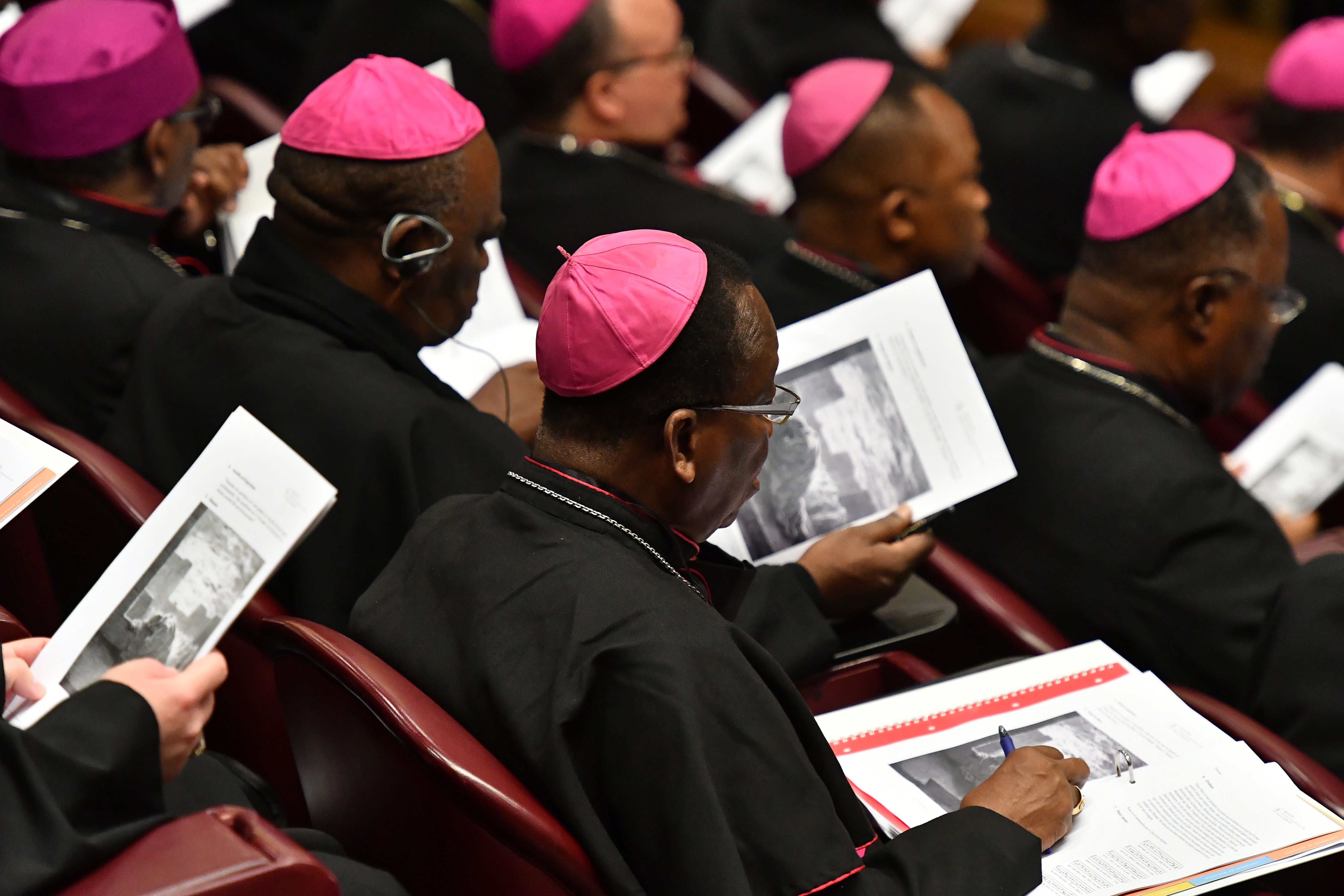 Bishops attend the opening of a global child protection summit for reflections on the sex abuse crisis within the Catholic Church, on February 21, 2019 at the Vatican. (VINCENZO PINTO/AFP/Getty Images)

“Our lack of response to the suffering of victims, yes, even to the point of rejecting them and covering up the scandal to protect perpetrators and the institution, has injured our people,” said Tagle, “leaving a deep wound in the relationship with those we are sent to serve.”

Survivors of abuse are hoping that the summit will elicit real change in the church’s approach to scandals. The Survivors’ Network of Those Abused by Priests (SNAP) drafted a letter to the pope, saying that there must be a “zero-tolerance policy” for the abuser, as well as any enabler of abuse. (RELATED: Pope Francis Promotes Vatican’s Chief Sex Crimes Prosecutor After Vatican Halts US Bishop’s Actual Abuse Reforms)

“Those people to me are the bigger criminals,” said SNAP board member Becky Ianni. “They covered up abuse, and they allowed more and more children to be put in harm’s way. That breaks my heart.”

Taking matters into their own hands, activists in Poland tore down a statue of a priest accused of sexually abusing minors before the summit began. Arrested shortly after, the activists were showcasing the failure of the Polish Catholic Church in dealing with the clerical sex abuse problem.

Activists in Poland pulled down a statue of a priest accused of sexually abusing minors, protesting what they said was the failure of the Polish Catholic Church to resolve the clergy sex abuse problem. The three men were arrested. https://t.co/MB6PqCPFa7 pic.twitter.com/sAbPDuMaQY