The emails between Sackler and executives including sales and marketing head Michael Friedman were part of a sealed Aug. 28, 2015 deposition obtained by ProPublica. The deposition is “believed to be the only time a member of the Sackler family has been questioned under oath about the illegal marketing of OxyContin and what family members knew about it,” according to ProPublica.

“It would be extremely dangerous at this early stage in the life of the product to make physicians think the drug is stronger or equal to morphine. … We are well aware of the view held by many physicians that oxycodone [the active ingredient in OxyContin] is weaker than morphine,” Friedman wrote in a May 1997 email to Sackler, according to ProPublica. “I do not plan to do anything about that.”

“I agree with you,” Sackler wrote back. “Is there a general agreement, or are there some holdouts?” (RELATED: ‘Joy’ And ‘Fury’: Artist And Activist Nan Goldin Reacts To The Met’s Statement About Taking Opioid Money)

Purdue Pharma has been accused of helping create the opioid crisis through the aggressive marketing of its products — and some analysts blame the way Purdue Pharma promoted OxyContin for the roughly 200,000 prescription opioid-related overdose deaths since 1999, according to ProPublica.

Since oxycodone is perceived as being a weaker opioid than morphine, it has resulted in OxyContin being used much earlier for non-cancer pain. Physicians are positioning this product where Percocet, hydrocodone and Tylenol with codeine have been traditionally used. … It is important that we be careful not to change the perception of physicians toward oxycodone when developing promotional pieces, symposia, review articles, studies, et cetera. 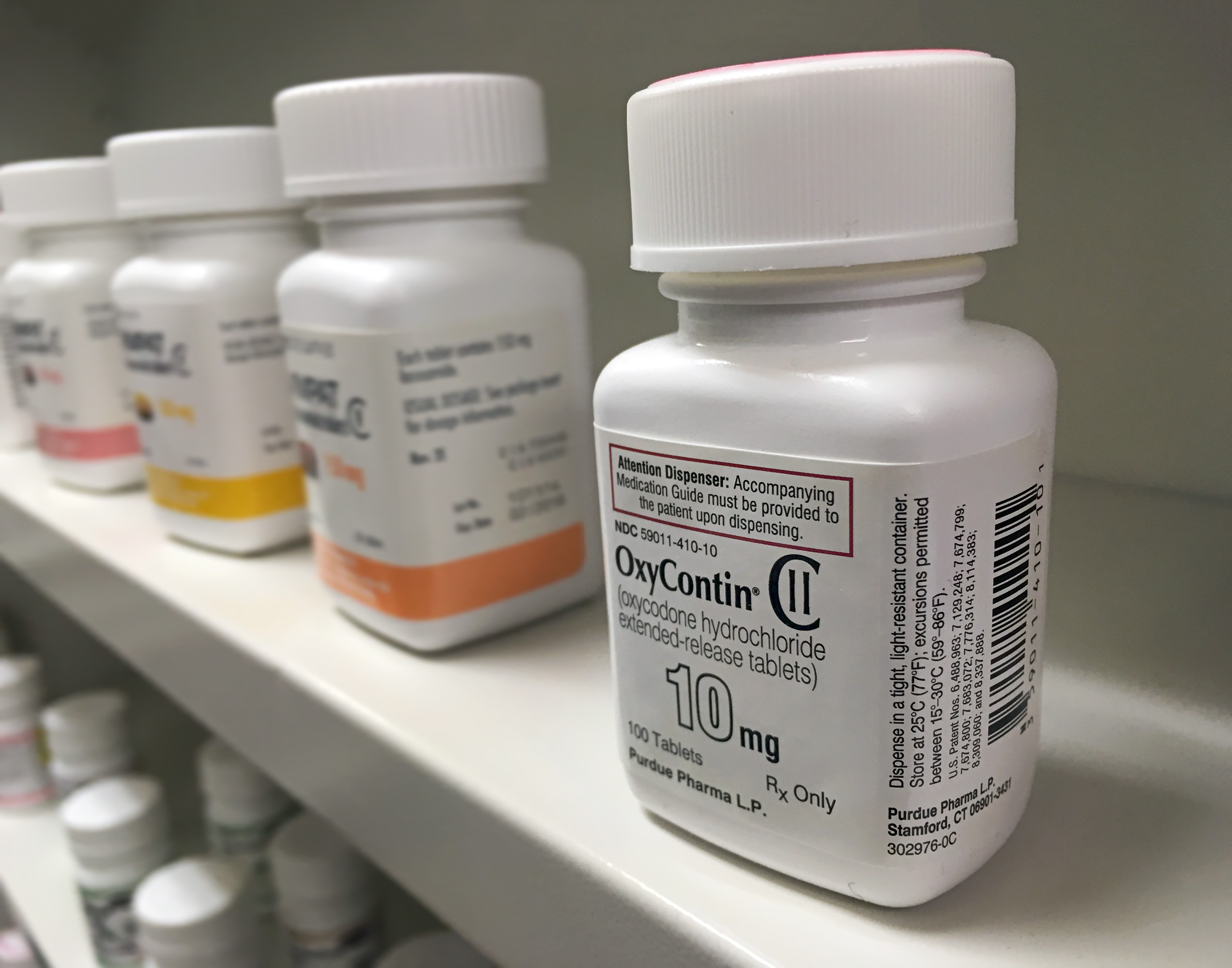 Bottles of OxyContin sit on a shelf. Shutterstock image via user PureRadiancePhoto

“I think that you have this issue well in hand,” Sackler responded to Cullen via email according to the deposition.

Sackler said his words were being taken out of context at the 2015 deposition.

“Within this time it appears that people had fallen into a habit of signifying less frightening, less threatening, more patient-acceptable as under the rubric of weaker or more frightening, more — less acceptable and less desirable under the rubric or word ‘stronger,'” Sackler said at his deposition. “But we knew that the word ‘weaker’ did not mean less potent. We knew that the word ‘stronger’ did not mean more potent.”

Members of the Sackler family escaped legal consequences when Purdue Pharma executives pleaded guilty in 2007 to charges that the company had misrepresented the risks of OxyContin, reported The New York Times. The company and three top executives paid a historically large $634.5 million in fines.

OxyContin was Purdue Pharma’s biggest revenue stream with $35 billion in sales between 1995 and 2015. It helped make the Sacklers the 19th-richest family in the U.S. with an estimated $13 billion net worth, according to Forbes. A 2017 Daily Caller News Foundation investigation found no evidence the Sackler family was using its vast personal wealth to help recovering opioid addicts. (RELATED: American Cartel: Billionaire Family Behind OxyContin Apparently Spends Zilch Rehabbing Addicts)

The previously unseen emails come as Massachusetts Attorney General Maura Healey’s office continues in its suit against Purdue Pharma alleging that the company misled doctors and patients about the risks of opioids to increase prescriptions. Healey, a Democrat, filed the suit in June, one of many such suits that have been filed against Purdue Pharma in relation to its marketing of opioid products.

Healey’s 312-page filing draws from other previously unseen emails in which Sackler, a former president of Purdue Pharma, encouraged obfuscation in response to concern about the addictive powers of prescription opioids, reported The Times.