The U.S. Customs and Border Protection announced Tuesday that work has started on replacing 14 miles of a steel-mesh fence along the U.S.-Mexico border near San Diego, The Associated Press reported. The fence is being replaced with 30-foot high steel bollards. It is actually the second layer of barrier to be put up in the area, with the first layer nearly complete.

SLSCO Ltd., a company located in Galveston, Texas, scored the $101 million contract in December 2018. The Trump administration has already awarded around $1 billion in contracts to cover 97 miles of the southern border, with the project in San Diego being one of the latest.

Trump touted the construction Wednesday of a border wall in New Mexico.

We have just built this powerful Wall in New Mexico. Completed on January 30, 2019 – 47 days ahead of schedule! Many miles more now under construction! #FinishTheWall pic.twitter.com/TYkj3KRdOC

Trump signed into law an appropriations bill earlier in February that doles out $1.375 billion for 55 miles of new wall, an amount immigration hardliners said was not enough. However, the president then took the controversial step on Feb. 15 of declaring a national emergency, which allowed him to allocate a total of about $8 billion in federal funds. (RELATED: Democrats Fundraise Off Trump’s Plan To Declare National Emergency) 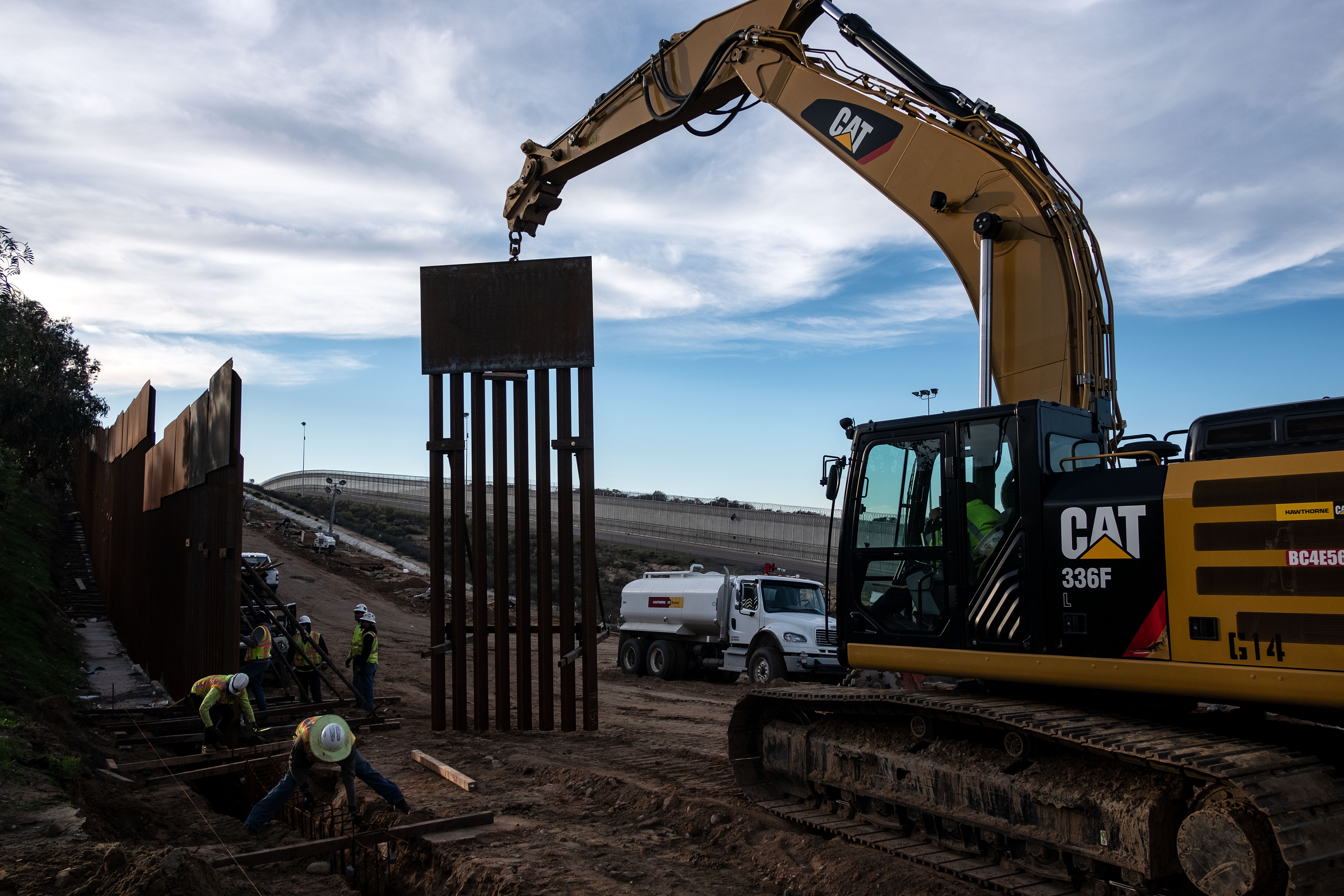 The emergency order has been adamantly opposed by Democrats and progressive groups.

A coalition of 16 states, led by California, filed suit against the president on Monday in an attempt to strike down the crisis declaration. A number of liberal organizations, such as the American Civil Liberties Union and the Center for Biological Diversity, have also leveled suits against the administration.