The freshman rep. continued to defend her Green New Deal, which plans to rid America of greenhouse gasses in a decade, on Showtime’s late-night “Desus & Mero” show Thursday.

She brought up the issue of factory farms by addressing America’s supposed mass-consumption of hamburgers. 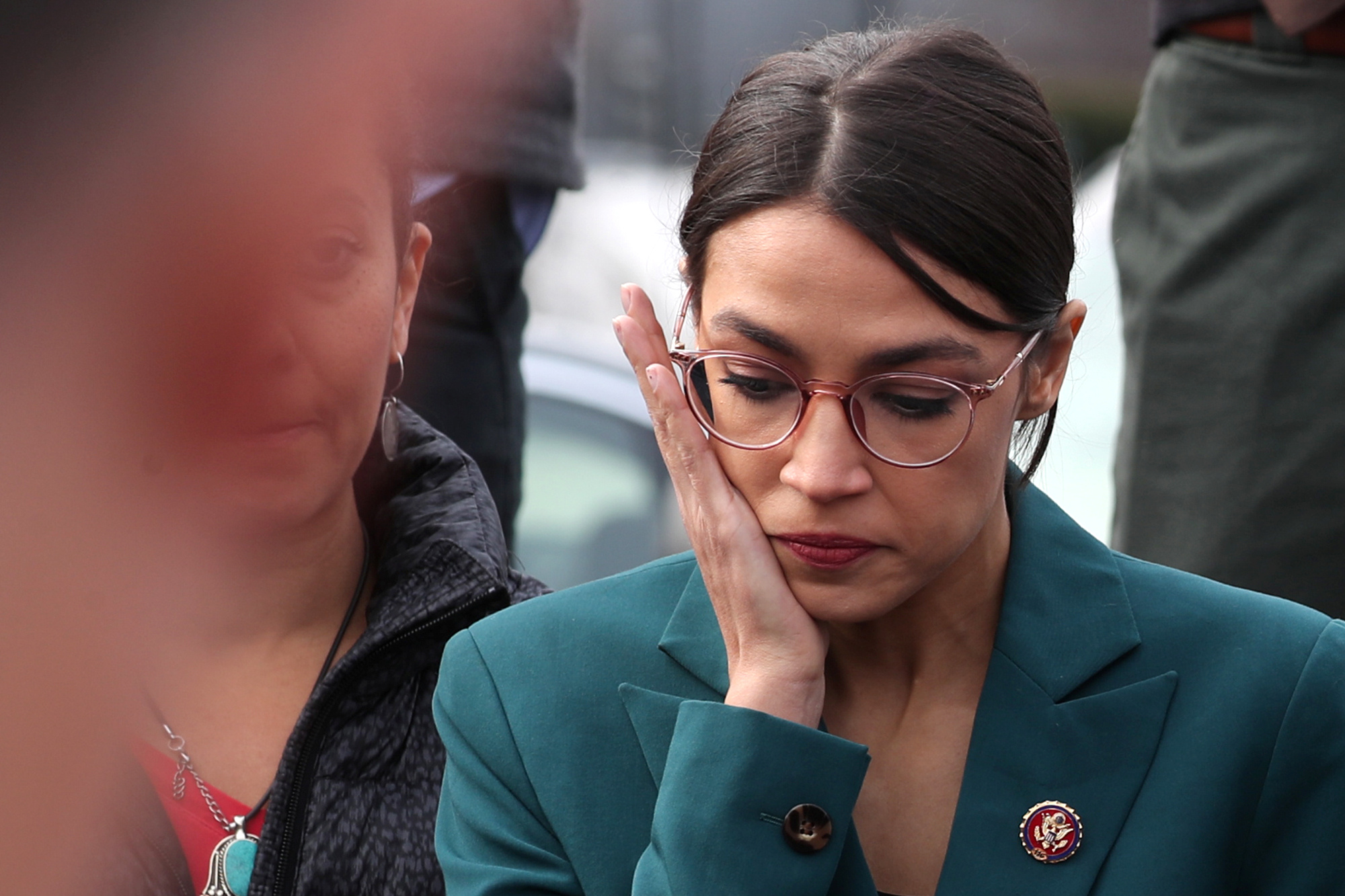 “In the deal, what we talk about — and it’s true — is that we need to take a look at factory farming, you know? Period. It’s wild,” Ocasio-Cortez said. “And so it’s not to say you get rid of agriculture. It’s not to say we’re gonna force everybody to go vegan or anything crazy like that. But it’s to say, ‘Listen, we gotta address factory farming. Maybe we shouldn’t be eating a hamburger for breakfast, lunch, and dinner. Like, let’s keep it real.”

“But we have to take a look at everything,” Ocasio-Cortez continued, “and what we need to realize about climate change is about every choice that we make in our lives, you know?”

Ocasio-Cortez’s plan is targeted at cows and airplanes. (RELATED: Republican Senator Says Media Is ‘Stalin-Like’ In What It Didn’t Tell You About Green New Deal)

Cows stand in a field near the village of Hargimont, Belgium Aug. 11, 2018. REUTERS/Yves Herman.

“We set a goal to get to net-zero, rather than zero emissions, in 10 years because we aren’t sure that we’ll be able to fully get rid of farting cows and airplanes that fast,” the FAQ page for her Green New Deal originally said before the page was removed.

“It really comes down to the question of, ‘Isn’t $10 million enough?’ Like, when does it stop?” she asked. “At what point is it amoral that we’re building Jeff Bezos a helipad when we have the most amount of homeless people in New York City?”