Former FBI officials Peter Strzok and Lisa Page claimed in congressional testimony last year that their infamous “insurance policy” text message was a reference to an internal FBI discussion about whether to potentially expose a longtime bureau source by mounting an aggressive investigation against the Trump campaign.

“As I sort of explained, if he is not going to be President, then we don’t need to burn longstanding sources and risk sort of the loss of future investigative outlets, not in this case, but in other Russia-related matters,” Lisa Page told lawmakers on July 13, 2018, according to portions of a transcript confirmed by The Daily Caller News Foundation.

In testimony on June 27, 2018, Strzok claimed that his text message discussion with Page concerned whether to open up a “very sensitive source” to exposure in the investigation.

The text message that Strzok and Page sought to explain was sent on Aug. 15, 2016, around two weeks after the FBI opened “Crossfire Hurricane,” the counterintelligence investigation into the Trump campaign.

“I want to believe the path you threw out for consideration in Andy’s office — that there’s no way [Trump] gets elected — but I’m afraid we can’t take that risk,” Strzok wrote in a text to Page, referring to then-FBI Deputy Director Andrew McCabe.

“It’s like an insurance policy in the unlikely event you die before you’re 40,” added Strzok, who then served as deputy chief of counterintelligence at the FBI.

The claims about potentially exposing a source add a new wrinkle to the debate over the controversial text message, especially given Page’s concerns that exposure could potentially undercut future Russia-related probes, but not the Trump investigation.

Neither Strzok nor Page identified the source, but only three individuals, former British spy Christopher Steele, former Australian diplomat Alexander Downer and former Cambridge professor Stefan Halper, have been publicly identified as sources for the FBI in the Russia probe.

“Well, the only reason the debate is relevant is because we, the team, again, like sort of through Director Comey, were trying to decide how aggressive or not aggressive, or do we burn sources or not burn sources or do we use X tools or Y tools, and all of that was based on the likelihood, not based on the likelihood of success but was being weighed against the likelihood of success,” said Page, who also called the source “sensitive and reliable.”

Strzok told lawmakers in a closed-door deposition on June 27, 2018 that investigators were discussing whether to aggressively pursue the investigation at the cost of exposing a “very sensitive source” who had provided evidence of possible collusion between the Trump campaign and Russia.

Strzok hinted at the sensitivity of a source in a public congressional hearing on July 12, 2018.

“What we had before us was an allegation that something significant, that members of the Trump campaign may have been working in cooperation with the Russians. Some people were saying, ‘hey look, this sensitive source of information that’s so sensitive, so vulnerable, we shouldn’t put it in danger,’ because sometimes if you go out and do aggressive investigation, if it’s a drug snitch or an intelligence source, you can cause significant harm,” Strzok told members of the House Judiciary and House Oversight Committees.

Strzok also testified that, unlike others at the FBI, he supported a more aggressive approach to “Crossfire Hurricane,” as the Trump campaign investigation was called.

“We need to do our job. We’re the FBI, we need to go out and aggressively pursue the allegations.” 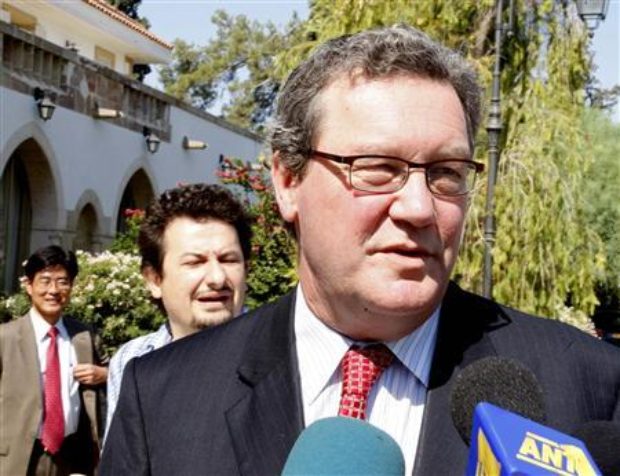 George Papadopoulos, an energy consultant who joined the campaign in March 2016, is reportedly the spark for the investigation. But files were also opened on Trump aides Carter Page, Paul Manafort and Michael Flynn, according to The New York Times. (RELATED: ‘We Can’t Take That Risk’: FBI Officials Discussed ‘Insurance Policy’ Against Trump)

Strzok and Page’s descriptions of the source raise interesting questions about the FBI’s use of sources in “Crossfire Hurricane,” especially if the source in question is Downer, who served as Australia’s High Commissioner to the United Kingdom from 2014 to 2018.

The FBI has already confirmed that Christopher Steele, a former British spy and author of the infamous anti-Trump dossier, had been a source for the bureau for years. But the FBI also claimed that Steele and his dossier did not become a major focus of the FBI investigation until a month after the “insurance policy” text.

And Stefan Halper, a former Cambridge professor who met with George Papadopoulos, Carter Page and Trump campaign official Sam Clovis, is reported to be a longtime FBI and CIA asset.

Halper, who worked in the Nixon, Ford and Reagan administrations, first met Carter Page at an event at Cambridge on July 11-12, 2016. He would cozy up to Clovis and Papadopoulos in late August and early September 2016. He flew Papadopoulos to London in mid-September 2016 under the guise of writing a policy paper about Mediterranean energy issues. (RELATED: A London Meeting Before The Election Aroused Trump Adviser’s Suspicions)

Papadopoulos says that Halper asked probing questions about his knowledge of Russians having Clinton emails. 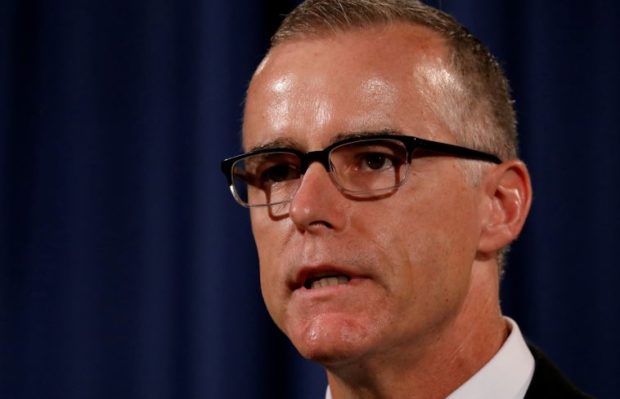 Papadopoulos, who pleaded guilty in the special counsel’s probe to lying to the FBI, also had an encounter in May 2016 with Downer at a London wine room.

Downer claimed in a memo that was sent to the FBI in July 2016 that Papadopoulos mentioned during their conversation that Russia had dirt on Hillary Clinton.

The FBI opened “Crossfire Hurricane” after receiving the memo. Days after that, Strzok traveled to London to interview Downer about his interaction with Papadopoulos.

Strzok and Page did not explain in their testimony how sources would have been burned had the FBI taken Strzok’s recommendation of mounting an aggressive campaign. According to previous reporting, the FBI held off on interviewing Trump campaign associates or issuing subpoenas for documents that might shed light on any illicit connections between the campaign and Kremlin. The FBI also declined to provide what’s known as a defensive briefing for Trump, where concerns about members of the campaign would have been shared with the Republican.

The FBI opted instead for covert investigative measures. On Oct. 21, 2016, the bureau obtained the first of four Foreign Intelligence Surveillance Act (FISA) warrants against Carter Page. The applications relied heavily on the Steele dossier, which was unverified and financed by the DNC and Clinton campaign.

Foreign policy advisor to US President Donald Trump’s election campaign, George Papadopoulos and his wife Simona Mangiante Papadopoulos arrive at US District Court for his sentencing in Washington, DC on September 7, 2018. (Photo by MANDEL NGAN/AFP/Getty Images)

Halper was also seemingly deployed to make contact with Trump campaign advisers. He maintained contact with Carter Page from mid-July 2016 through September 2017, the same month that the fourth and final FISA warrant against Page expired.

FBI and Justice Department officials began having conversations about Carter Page in late Spring 2016. An energy consultant who has worked in Russia, Page joined the campaign at the same time as Papadopoulos in March 2016.

The FBI is not known to have conducted any interviews with Trump campaign aides until months after Trump’s election win. Papadopoulos was first interviewed on Jan. 27, 2017. In court filings submitted in his case before the special counsel, Papadopoulos’s lawyers claimed that the FBI began by asking him about his connections with Sergei Millian, an alleged source for the Steele dossier.

On Jan. 10, 2017, the day that the dossier was published by BuzzFeed News, Strzok suggested the FBI could use publication of the document to start conducting interviews in the probe. (RELATED: Strzok Sought To Capitalize On News Reports About Dossier, Text Messages Show)

“Hey let me know when you can talk. We’re discussing whether, now that this is out, we use it as a pretext to go interview some people,” Strzok wrote to Page, with whom he was having an affair at the time.

Downer has not previously been identified as having a relationship with the FBI, unlike with Steele and Halper.

Papadopoulos has publicly questioned whether Downer was tasked with meeting him to gather information about the Trump campaign. He says that Downer’s assistant, an Australian embassy official named Erika Thompson, contacted him to meet with Downer. Papadopoulos had met Thompson a month earlier through an Israeli diplomatic contact.

“Can we put to rest the fact that he said you were a spy?” Downer was asked in an interview in September 2018.

“I was the Australian high commissioner,” Downer replied. “The thing is, I’m just not going to get into these sort of allegations he’s made. I mean, people who have worked with me, and people in Australia who know me, know absolutely my record.”