Oil in Venezuela is piling up after U.S. President Donald Trump placed sanctions on President Nicolas Maduro’s regime to force Maduro into stepping down, The Wall Street Journal reports.

Oil stockpiles in the South American country rose to the highest levels in at least five years, reaching 32.8 million barrels of oil earlier in February, research firm Orbital Insight estimates, according to TheWSJ.

The U.S. sanctioned Venezuela’s state-owned oil giant PDVSA on Jan. 28, blocking the company from accessing $7 billion worth of assets in the United States, National Security Adviser John Bolton said. Trump administration officials expect the sanctions to cut Venezuela’s oil exports by $11 billion over the next year.

Orbital Insight estimates the size of oil stockpiles around the world using satellite imagery to compare the stockpiles over time. Since the sanctions dropped, Venezuela’s crude oil reserves have risen by nearly 2 million barrels.

Venezuela likely had difficulty offloading the extra oil to its next two largest consumers, China and India. Both Asian countries are already well-stocked and their oil supplies have risen by about 5.6 million barrels in India and 18.5 million barrels in China in 2019, TheWSJ reports.

Maduro is facing increasing amounts of internal and international pressure to step down after Venezuela opposition leader Juan Guaido proclaimed himself the president Jan. 23. Venezuela’s military attaché to the United Nations is the latest government official to defect from Maduro to Guaido. 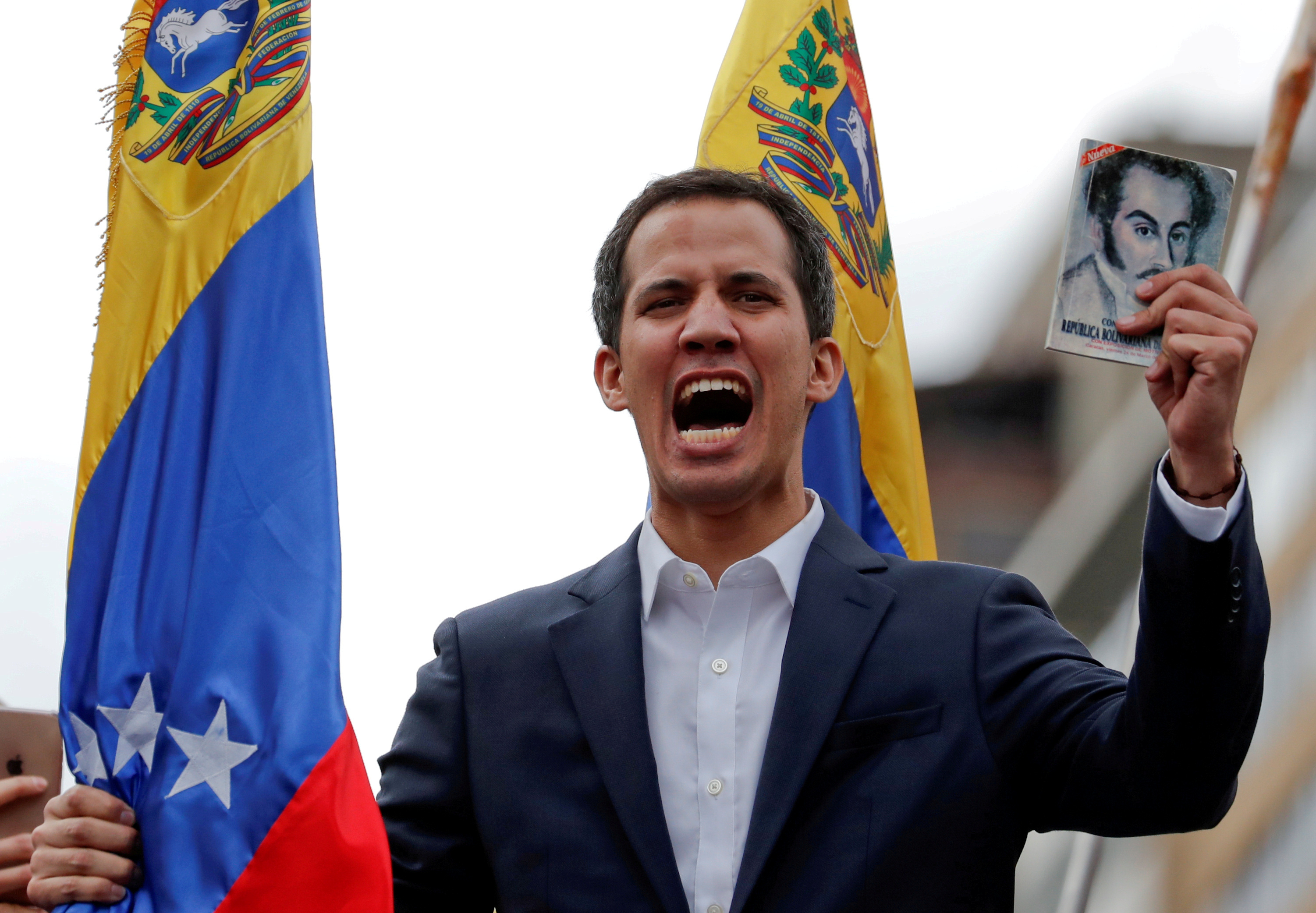 Juan Guaido, President of Venezuela’s National Assembly, holds a copy of Venezuelan constitution during a rally against Venezuelan President Nicolas Maduro’s government and to commemorate the 61st anniversary of the end of the dictatorship of Marcos Perez Jimenez in Caracas, Venezuela January 23, 2019. REUTERS/Carlos Garcia Rawlins

Trump and other world leaders recognize Guaido as Venezuela’s rightful leader and are calling on Maduro to step down. (RELATED: Progressives Break With Democratic Party Over US Opposition To Socialist Dictator Nicholas Maduro)

Maduro took over the country after former Venezuelan President Hugo Chavez died of cancer in 2013. Venezuela’s economy began to plummet under Chavez, and Maduro’s regime has overseen worsening food shortages and rampant disease.

Millions of Venezuelans fled their homes to surrounding countries, causing a humanitarian crisis along Venezuela’s borders as homeless and sick people bring disease and gather by the thousands at shelters.