The famous (or infamous) boxer turns 42 years old on Sunday. Mayweather retired with an undefeated record over the course of his career, although his evasive boxing style has come under fire from fans who scoff at comparisons to historical greats such as Muhammad Ali and Mike Tyson. (RELATED: Floyd Mayweather’s Next Fight Is Going To Be Incredibly Stupid. What Is He Thinking?) 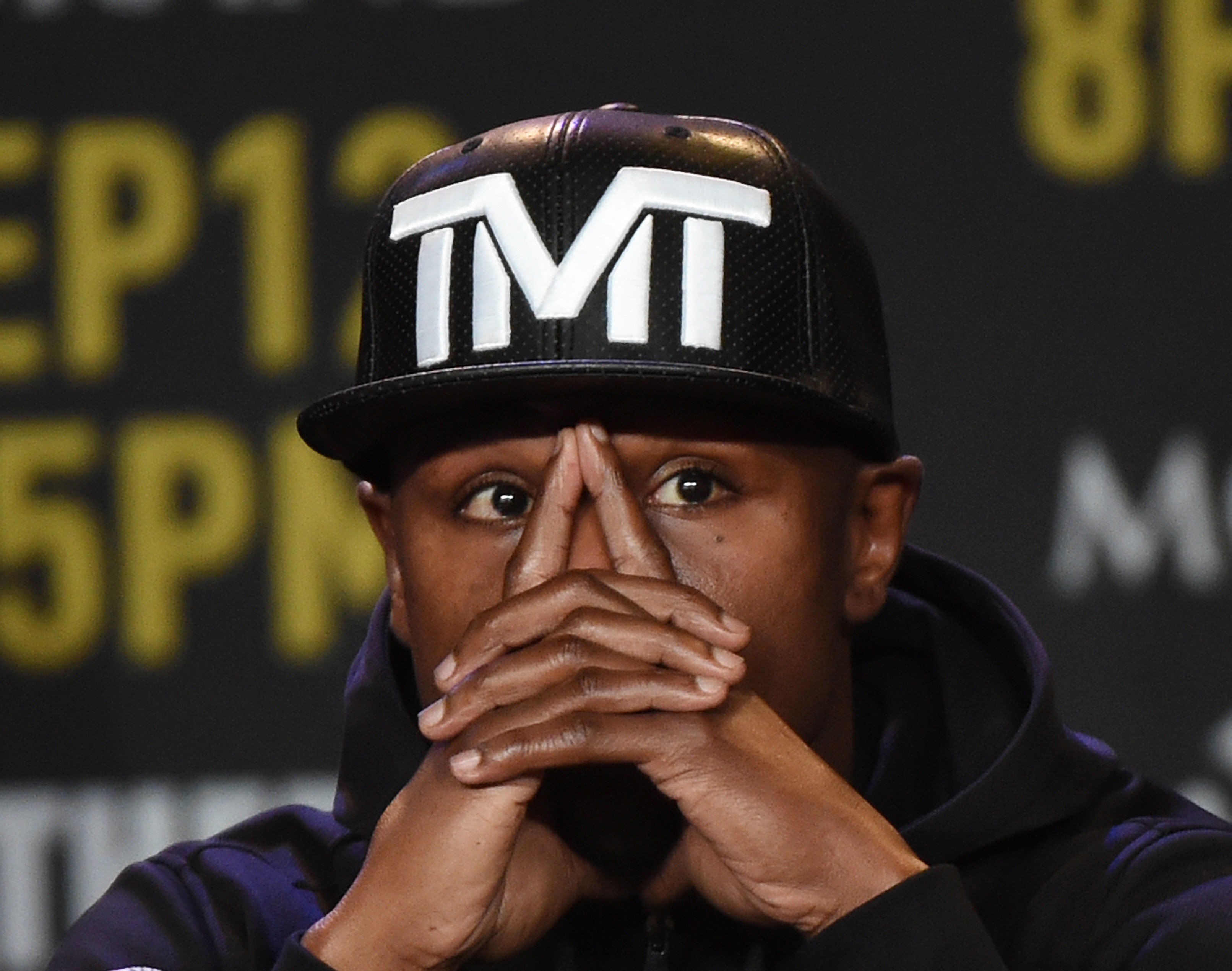 Boxer Floyd “Money” Mayweather during a press conference to officially announce his September 12 fight against Andre Berto that will place at the MGM Grand Garden Arena in Las Vegas, at the Marriott Hotel in Los Angeles, California on August 6, 2015. Mayweather claims it will be the last ever opportunity to see him fight. AFP PHOTO / MARK RALSTON (Photo credit should read MARK RALSTON/AFP/Getty Images)

The man nicknamed “Money” Mayweather also possesses a dark personal history. The boxer has been convicted of domestic violence and has been accused of being a serial abuser. Because of this, Mayweather has faced scrutiny, especially leading up to his highly-anticipated 2015 fight against Manny Pacquiao.

Mayweather is a deeply polarizing figure, perhaps more than anybody else in the sports world. His legacy is and will remain deeply complicated.