The first shipment of humanitarian aid crossed the border from Brazil to Venezuela Saturday, Venezuelan opposition leader Juan Guaido said, but getting aid to the people of Venezuela continues to be beyond difficult.

“This is a great accomplishment, Venezuela!” Guaido wrote on Twitter Saturday.

Guaido’s supporters are trying to bring aid shipments from Colombia and Brazil into Venezuela, but Maduro’s troops are blocking trucks both coming and going along parts of the border. Video footage from Friday showed Venezuelan soldiers erecting barricades and brawling with Guaido’s supporters to keep trucks from exiting the country to collect aid. (RELATED: ‘All Options Are Open’: Trump Puts Venezuelan Military On Notice)

Guaido was in Colombia Saturday seeing off shipments of aid to Venezuela with Colombian president Ivan Duque, reported CBS News. Thousands of volunteers will help get the aid into Venezuela, he said according to BBC.

U.S. President Donald Trump criticized Maduro and recognized Guaido in January, as did other countries, including Brazil and Canada.

U.S. National Security Advisor John Bolton made headlines when he was spotted carrying a notepad with “5,000 troops to Colombia” scribbled on it Jan. 28. Colombia and Venezuela border one another. 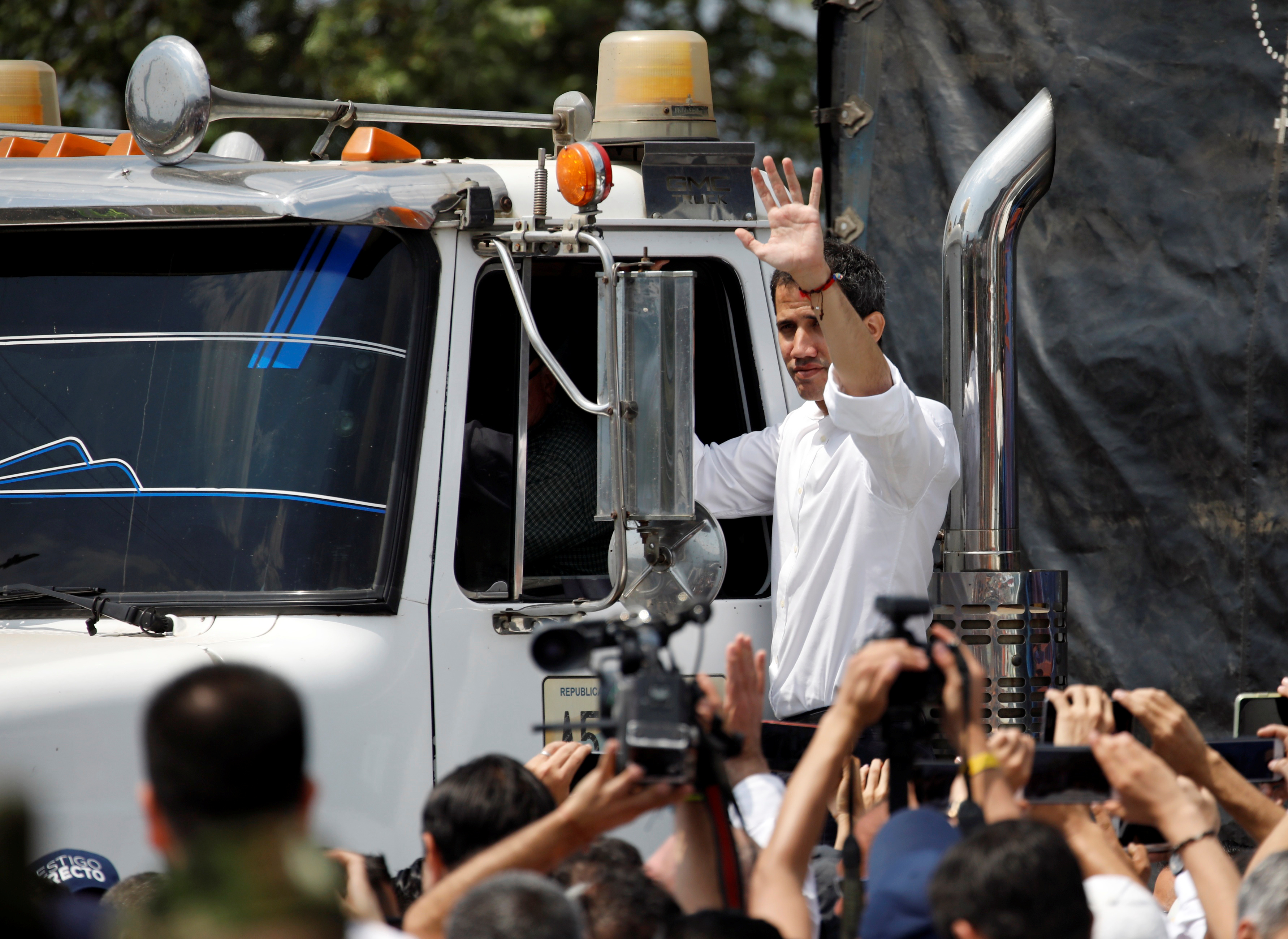 Trump emphasized “all options” are open when dealing with the situation in Venezuela.

“We seek a peaceful transition of power, but all options are open,” he said during a speech at Florida International University Monday.

Bolton’s Twitter feed showed he was monitoring the situation in Venezuela closely Saturday.

“The U.S. has provided critically needed aid for the people of Venezuela,” Bolton wrote on Twitter Saturday. “Now is the time for Venezuelan military allow to aid through the border. As Interim President Guaido said today ‘Those who accompany us to save the lives of Venezuelans are true patriots.'”

The U.S. has provided critically needed aid for the people of Venezuela. Now is the time for Venezuelan military allow to aid through the border. As Interim President Guaido said today “Those who accompany us to save the lives of Venezuelans are true patriots.” https://t.co/Ha3PZFBjoF