Venezuelan President Nicolas Maduro vowed to take on the world in his fight to remain dictator of the chaotic South American country.

The despot blamed the United States and President Donald Trump for attempting to remove him from power as he addressed frenzied supporters Saturday, Fox News reported.

Maduro described the global opposition to his regime as being engineered by a “small group of dummies.” Venezuela continues to endure hyperinflation that has rendered its currency worthless while people are starving for lack of food. But the dictator is in deep denial about the economic crisis and is refusing international humanitarian assistance. (RELATED: Aid Shipments Pass Venezuela’s Border As Maduro’s Soldiers Abandon Their Posts)

The Venezuelan strongman claimed it was all an American plot to take away the country’s oil, which is accumulating in the country due to economic sanctions that have stopped its export.

The fever-pitch crisis brought further condemnation from Secretary of State Mike Pompeo, who told “Fox News Sunday” that time is running out for the “tyrant” Maduro: “The Lima Group, the OAS, European countries all around the world have seen the devastation that’s been wrought in Venezuela by this sick tyrant Maduro who’s denying food to starving Venezuelans and medicine to sick Venezuelans. Burning trucks with — this is the worst of the worst of a tyrant. If I think the Venezuelan people are seeing that. We saw yesterday the military begin to see it as well.“ 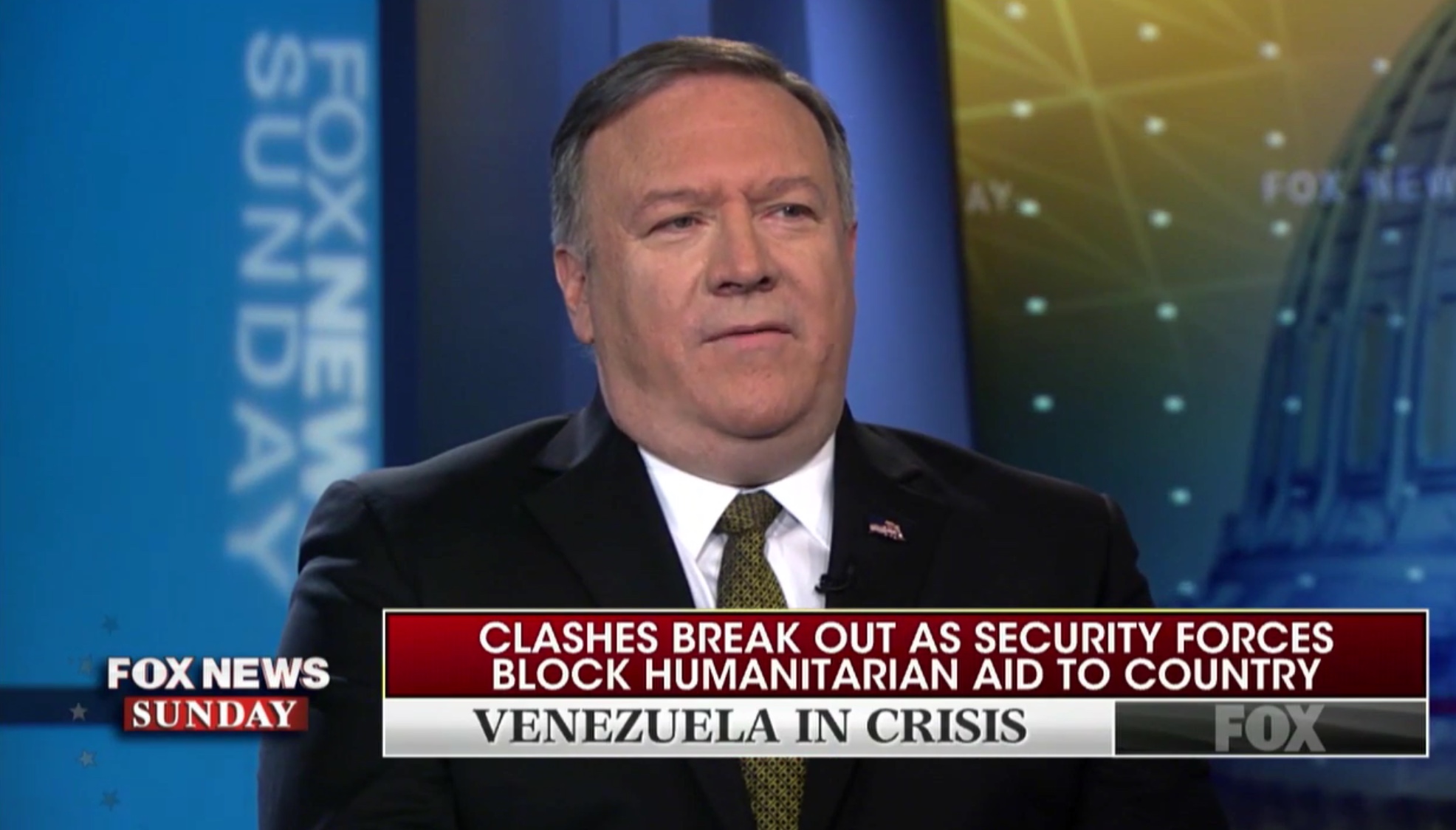 Maduro also dismissed Venezuelan opposition leader Juan Guaido, the man much of the world believes should be the president of Venezuela. Maduro called him a White House puppet, according to Fox News. (RELATED: Sen. Bernie Sanders Refuses To Call For Maduro To Step Down)

He promised to sever diplomatic relations with Columbia, which has offered to be a conduit for the delivery of international aid.