The liberal billionaire who allegedly backed a misinformation campaign during the midterm elections played a significant role in funding a group responsible for creating a controversial fake news project.

Clark confirmed the LinkedIn founder stepped up his funding in 2018.

News of Hoffman’s role in the project comes at a strange time for both OpenAI and the tech guru. The wealthy Democratic donor became embroiled in controversy after The New York Times and other outlets reported in December 2018 and January about his role in a false flag operation in Alabama. Hoffman, for his part, apologized for his role in the effort to troll voters. 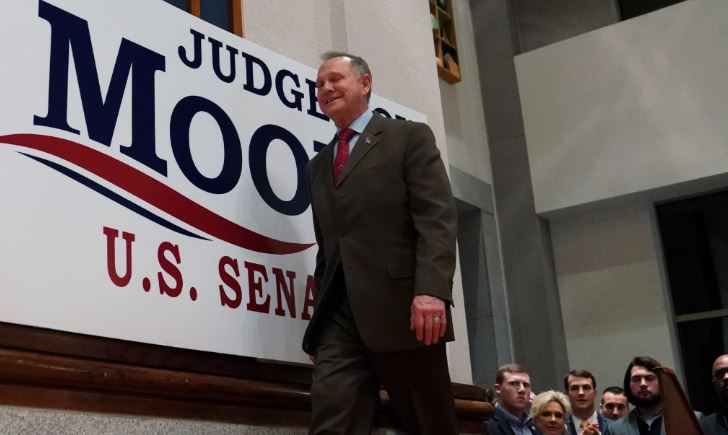 Operatives involved in the ploy created thousands of Twitter accounts posing as Russian bots in order to boost Jones. There is evidence the campaign caused a splash. Major media outlets — both in Alabama and nationally — fell for the gambit and amplified the false narrative in October 2017. (RELATED: What The Media’s ‘Russian Bots’ Coverage Is Getting All Wrong)

Hoffman spent roughly $100,000 on the projects — the identical amount Facebook says the Russian Internet Research Agency spent trolling people on social media leading up to the 2016 election. It’s unclear if it had any effect on the outcome of Alabama’s election. Analysts believe allegations Moore sexually assaulted underage women three decades ago likely played a larger role.

The effort was the subject of a closed-door presentation in Washington, D.C., to a group of liberal technology experts, with Hoffman at the forefront, The Washington Post reported in December 2018, citing anonymous sources. The well-heeled tech titan was left reeling after former Secretary of State Hillary Clinton’s loss in 2016, so he went on to become one of the biggest funders of efforts to elect Democrats in 2018.

Much of that money went to New Knowledge, but some of that cash went into the coffers of MotiveAI, a group responsible for creating digital outlet News for Democracy, which itself created Facebook ads during the midterms designed to undercut support for conservative candidates.

Senator-elect Doug Jones (D-AL) speaks during a December 13, 2017 in Birmingham, Alabama. Jones stated that US President Donald Trump called him today to congratulate him on his victory. (Photo by Mark Wallheiser/Getty Images)

Hoffman’s funding of these groups appears to coincide with his work for OpenAI, an artificial intelligence research group that published software called GT2 that is capable of generating fake news from two sentences — such pieces are being dubbed “deepfake” articles. Deepfakes are effectively news articles that look deceptively real but are actually highly manipulated phonies.

Lawmakers sounded alarms in January about so-called deepfake videos that look remarkably real, with some experts warning they will be the next phase in disinformation campaigns. They worry that this new type of AI can make it difficult for readers and social media users to distinguish fact from fiction.

“It is almost too late to sound the alarm before this technology is released — it has been unleashed … and now we are playing a bit of defense,” Senate Intelligence Committee Vice Chairman Mark Warner, a Virginia Democrat, told reporters in January. All of this comes less than three months after reports of News for Democracy, NK, or AET.

GPT2 is considered ground-breaking, both in terms of the amount of output it is capable of producing and the authentic look of the finished product. The data models “were 12 times bigger, and the dataset was 15 times bigger and much broader” than the previous state-of-the-art AI model, Dario Amodei, OpenAI’s research director, told reporters.

The AI system is fed text and asked to write sentences based on learned predictions of what words might come next. Access to the GPT2 was provided to select media outlets, one of which was Axios, whose reporters fed words and phrases into the text generator and created an entirely fake news story. The first two sentences in the graph below were written by Axios; the rest of the content comes from GPT2:

On the heels of a sweeping new U.S. plan to retain dominance in artificial intelligence, the Pentagon has cast Chinese development of intelligent weapons as an existential threat to the international order.

A day after the release of an executive order by President Trump that omits naming China, the Defense Department, in a new AI strategy document, speaks in stark terms of a “destabilizing” Chinese threat.

It warns of a “new arms race in AI” and says the United States “will not sit idly by” as a “highly advanced new generation of weapons capable of waging asymmetric warfare” is “possessed by aggressive actors.”

“China uses new and innovative methods to enable its advanced military technology to proliferate around the world, particularly to countries with which we have strategic partnerships,” the Pentagon said in its five-page strategy outline last week.

The new U.S. strategy will be a major component of the White House’s first National Security Strategy, coming in two parts in September.

“The President has directed me to undertake a study of our strategy toward a world of artificial intelligence,” Defense Secretary James Mattis told the Senate Armed Services Committee on Thursday.

OpenAI decided not to publish any of the code involved in GPT2 out of concern that bad actors might misuse the product to create fake news. The group was constructed to not only develop new kinds of AI, but also to consider the ethics of publishing certain kinds of software. Its researchers believe openly dispersing such developments helps prevent malevolent abuse of AI. (RELATED: Musk Distances Himself From AI Monitoring Group After It Created Convincing Fake News Software)

The group’s work is mostly the brainchild of tech entrepreneur Elon Musk, who left OpenAI in 2018 after he determined the nonprofit was poaching on researchers who might be better used at his main companies: Tesla and SpaceX. Musk also suggested earlier in February he left partially because of a disagreement about the direction of the group.

“Tesla was competing for some of same people as OpenAI & I didn’t agree with some of what OpenAI team wanted to do. Add that all up & it was just better to part ways on good terms,” Musk wrote on Twitter Sunday, responding to a follower’s tweet mentioning the project.

Tesla has not responded to TheDCNF’s repeated requests for comment about the specific reasons for Musk’s departure — the automaker instead directed further questions about the subject to OpenAI, which refused to answer.

OpenAI’s Clark, for his part, suggested Tesla would be the best point of contact to address Musk’s thinking. Hoffman also refused to respond to TheDCNF’s questions. Some analysts, meanwhile, believe the group’s concerns about bad actors exploiting AI for ill intentions is exaggerated.

She said it’s too early to be withholding any research.