The Trump administration is enlisting government scientists to serve on a climate advisory panel that will reassess the risks of climate change, senior administration officials told The Washington Post.

The committee would provide evidence downplaying or contradicting alarmist views on climate change, such as is outlined in the Green New Deal championed by Democratic New York Rep. Alexandria Ocasio-Cortez. The committee may also challenge findings in recent government reports such as the National Climate Assessment (NCA) released in November and used by Democrats to push for climate action.

“The president wants people to be able to decide for themselves,” one official told WaPo.

Discussions focused on creating a panel under the National Security Council that would not be subject to the regulations outlined in the Federal Advisory Committee Act. The act says official advisory committees must meet in public and are subject to open records laws.

“I never thought I would live to see the day in the United States where our own White House is attacking the very science agencies that can help the president understand and manage the climate risks to security of today and tomorrow,” retired Rear Adm. David Titley, who advises the Center for Climate and Security, told WaPo. “Such attacks are un-American.” 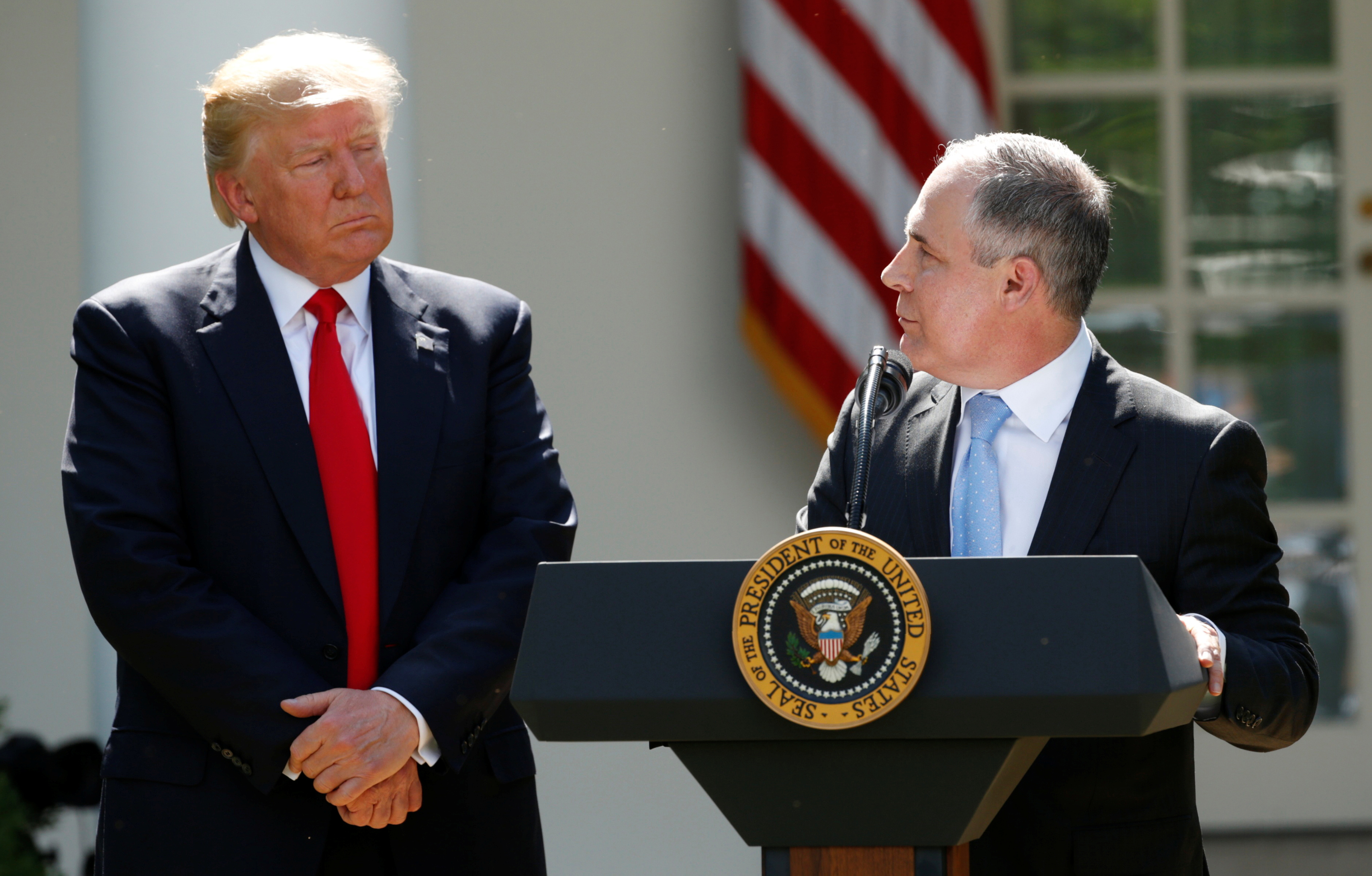 U.S. President Donald Trump (L) listens to EPA Administrator Scott Pruitt after announcing his decision that the United States will withdraw from the Paris Climate Agreement, in the Rose Garden of the White House in Washington, U.S., June 1, 2017. REUTERS/Kevin Lamarque

The Trump administration has considered different avenues for challenging reports on climate change since the early days of the administration. Former Environmental Protection Agency Administrator Scott Pruitt wanted to hold a publicized debate between scientists to discuss the evidence of climate change.

Many scientists that push for drastic government action on climate change resisted the idea, claiming the science was settled and an open debate would lend “credibility” to false ideas on the risks of climate change

Trump is critical of policies designed to stop climate change and pulled the United States out of the Paris Climate Accord, an unenforceable international agreement to cut carbon emissions, in June 2017.