Pence traveled to the Colombian capital of Bogota to announce new sanctions leveled against top officials in the Maduro regime as well as millions more in aid to Guaido and the Venezuelan people. (RELATED: ‘All Options Are Open’: Trump Puts Venezuela Military On Notice)

Pence said he wanted to assure Guaido the weekend’s events strengthened U.S. resolve to help, according to The New York Times.

“In the days ahead … the United States will announce even stronger sanctions on the regime’s corrupt financial networks,” Pence said, according to Reuters. “We will work with all of you to find every last dollar that they stole and work to return it to Venezuela.”

The Trump administration’s announcement comes after a bloody weekend on the Venezuelan border. The Venezuelan army controlled by Maduro fired on U.S.-backed convoys attempting to bring aid to the country’s impoverished and starving people. The conflict killed at least three people and wounded 300.

Guiado called the event a “massacre.” 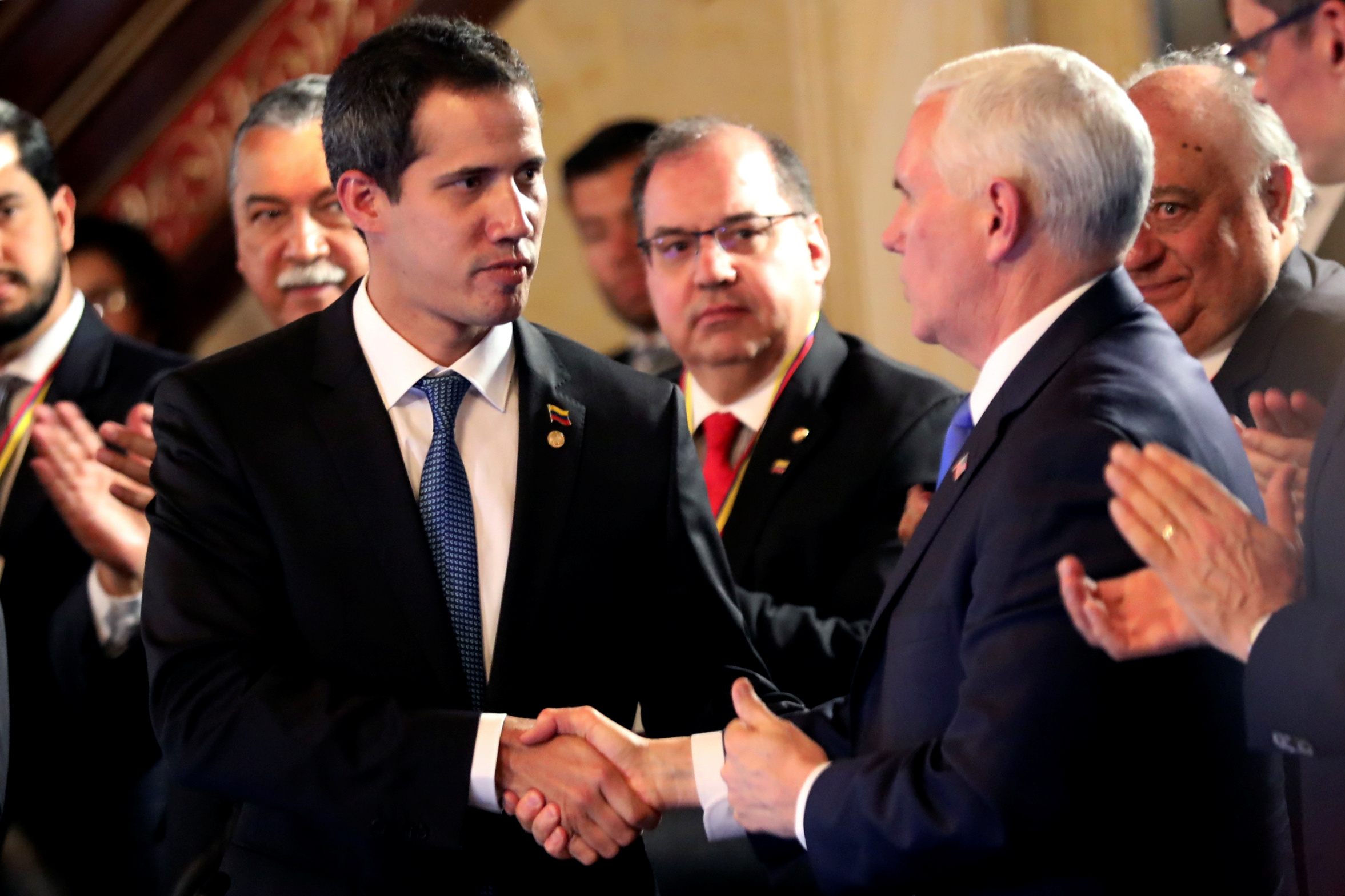 U.S. President Donald Trump ordered a freeze on all U.S. assets of Venezuela’s state-owned oil company Jan. 28, cutting off the Maduro regime from its main source of income. The White House continued to increase the pressure on Maduro Monday by going after the assets of governors friendly to the embattled leader and urging other nations to do the same.

Defections are mounting in the Maduro regime. Hundreds of soldiers fled the Venezeulan military to join Guaido and military diplomats to the United States and the United Nations have publicly denounced Maduro’s government. Other world leaders, including the U.S. and Brazil, officially recognize Guiado as the Venezuelan president.