As the 10-year mark of the Affordable Care Act’s (ACA) passage approaches, Republican Arkansas Rep. Bruce Westerman is introducing legislation to increase access to health care and give states more freedom within the framework of the ACA Monday night.

Republicans had to surrender their hopes of repealing and replacing the Affordable Care Act when they lost the House in 2018. Westerman said his wide-ranging “Fair Care Act” leans into the “free market” aspects of the ACA exchanges.

“I think people got gun-shy about attacking the broad issue of health care, so you see a more focused effort on one individual component of health care. … This is a decade-long issue from before the ACA came into place, and we need to have a good, transparent discussion about what’s really best for America in health care,” Westerman told The Daily Caller News Foundation in an interview.

Westerman is the sole sponsor of the bill, which takes aim at issues including pre-existing conditions coverage, the high costs of prescription drugs and hospital monopolies. He said his team started working on it when the GOP-backed American Health Care Act (AHCA) failed in 2017. (RELATED: More Than 20 Years Later, Emails From Purdue Pharma’s Richard Sackler Made Public)

Like the AHCA, Westerman’s bill draws on Maine’s invisible high-risk pool to keep costs low for people with pre-existing conditions. Maine’s program ran from 2012 until the ACA exchanges became available in 2014, reported NPR. But unlike the AHCA, Westerman’s bill would provide the funding experts say the program requires — $20 billion a year versus a couple billion allotted by the AHCA.

Under Westerman’s bill, states could opt in to the pool program funded by federal dollars, premiums from certain policies and a $4 fee attached to certain health insurance policies. Insurers give up a large chunk of high-risk patients’ premiums; in exchange, they’re only responsible for the first $10,000 in medical costs per year incurred by those patients. 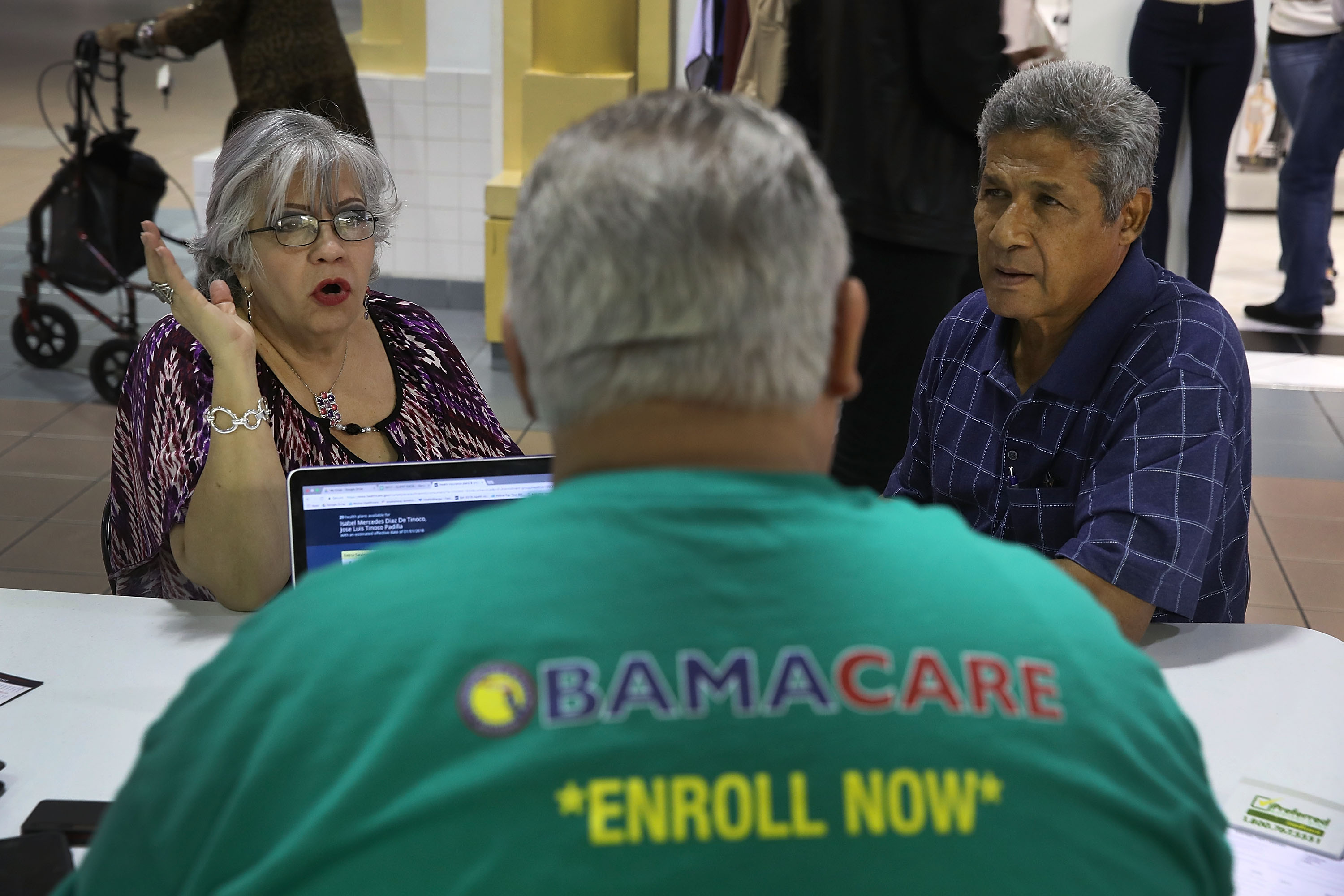 Isabel Diaz Tinoco (L) and Jose Luis Tinoco speak with Otto Hernandez, an insurance agent from Sunshine Life and Health Advisors, as they shop for insurance under the Affordable Care Act at a store setup in the Mall of Americas on November 1, 2017 in Miami, Florida. (Photo by Joe Raedle/Getty Images)

Westerman’s bill also attempts to reduce drug prices, including provisions making it quicker and easier for generic drugs to receive Food and Drug Administration approval. Drug pricing legislation has been an area where members of Congress from both parties have collaborated in recent years, but Republicans and Democrats have a harder time seeing eye to eye on health care payment reform, Lindsay Bealor Greenleaf, director at ADVI Health, told TheDCNF in a phone interview Monday.

“The ACA exchanges have been up and running since 2014. It would be really difficult to implement a full-scale repeal effort. Those conversations just aren’t happening given that it’s really hard to unwind something like that,” Greenleaf said.

But it’s clear that something needs to change, she said.

“Average premiums and deductibles are still out of control. … Regardless of your party affiliation, these members have constituents who are really hurting paying for these premiums,” Bealor Greenleaf told TheDCNF. “If and when folks talking about repeal and replace … the context will be repealing onerous mandates and taxes when you can while trying to rein in spending going on with the subsidies provided in the exchanges.”

Westerman’s bill takes a stab at some of those “onerous” taxes, including by repealing the Health Insurance Tax (HIT) on providers that has many opponents in the small business community.

Greenleaf predicted Republican health care bills will stay along the lines of increasing state flexibility like Westerman’s, which he said relies on “federalist principles.”

“We don’t think every state’s identical,” Westerman told TheDCNF. “I don’t think anybody thinks that. I think that was one of the problems with the ACA. It painted with too broad of a brush.”

Westerman’s main purpose in introducing the roughly 200-page bill is to “get it out there,” he told TheDCNF.

“I may seem like the unlikely voice. I’m not on the Energy and Commerce Committee, not on the Ways and Means Committee. I hate to say I’ve got a fresh face, but I’m kind of a fresh face on the issue. … When you get down into the weeds on this and start looking at individual problems, they’re not that difficult to come up with good solutions. … That’s what we have here, a compilation of good solutions on individual issues resulting in a very good health care payment system,” he told TheDCNF.