Democratic New York Rep. Alexandria Ocasio-Cortez posed a question to her supporters during a streaming conversation from her kitchen Sunday night: “Is it okay to still have children” in spite of global warming?

There is a “[s]cientific consensus that the lives of children are going to be very difficult, and it does lead, I think, young people to have a legitimate question,” Ocasio-Cortez said before going on to ask, “Is it okay to still have children?”

“Not just financially because people are graduating with 20, 30, $100,000 worth of student loan debt, and so they can’t even afford to have kids and a house, but also just this basic moral question, like ‘what do we do?'” Ocasio-Cortez continued.

Socialist Alexandria Ocasio-Cortez suggests people shouldn’t have kids because of climate change, says it’s a “scientific consensus” that life will be hard for kids

AOC takes a shot at Dianne Feinstein, suggests her proposals are “frankly going to kill us”pic.twitter.com/CabK4i0GmS

“And even if you don’t have kids, there are still children here in the world and we have a moral obligation to leave a better world for them,” Ocasio-Cortez said.

Ocasio-Cortez went on to criticize California Sen. Dianne Feinstein, a Democrat, for not bowing to pressure from young environmental activists who visited Capitol Hill Friday. The activists were there to push a Green New Deal resolution championed by Ocasio-Cortez. (RELATED: Ocasio-Cortez’s Green New Deal Aims To Retrofit Every Building. The Evidence Suggests That’s A Waste)

The Sunrise Movement tweeted out the interaction between Feinstein and group of children and teenagers, framing it as treating the young activists “with smugness [and] disrespect.”

However, the Sunrise Movement only promoted one short two-minute clip of the interaction, and reporters quickly noticed the full exchange was much more pleasant than what environmentalists initially claimed.

“We had a spirited discussion and I presented the group with my draft resolution that provides specific responses to the climate change crisis, which I plan to introduce soon,” Feinstein said in a statement released after her exchange with young activists.

“I always welcome the opportunity to hear from Californians who feel passionately about this issue and it remains a top priority of mine,” Feinstein said.

During her exchange with young activists, Feinstein said the Green New Deal had no chance of passing the Senate and that she disagrees with some of the language used in the bill. 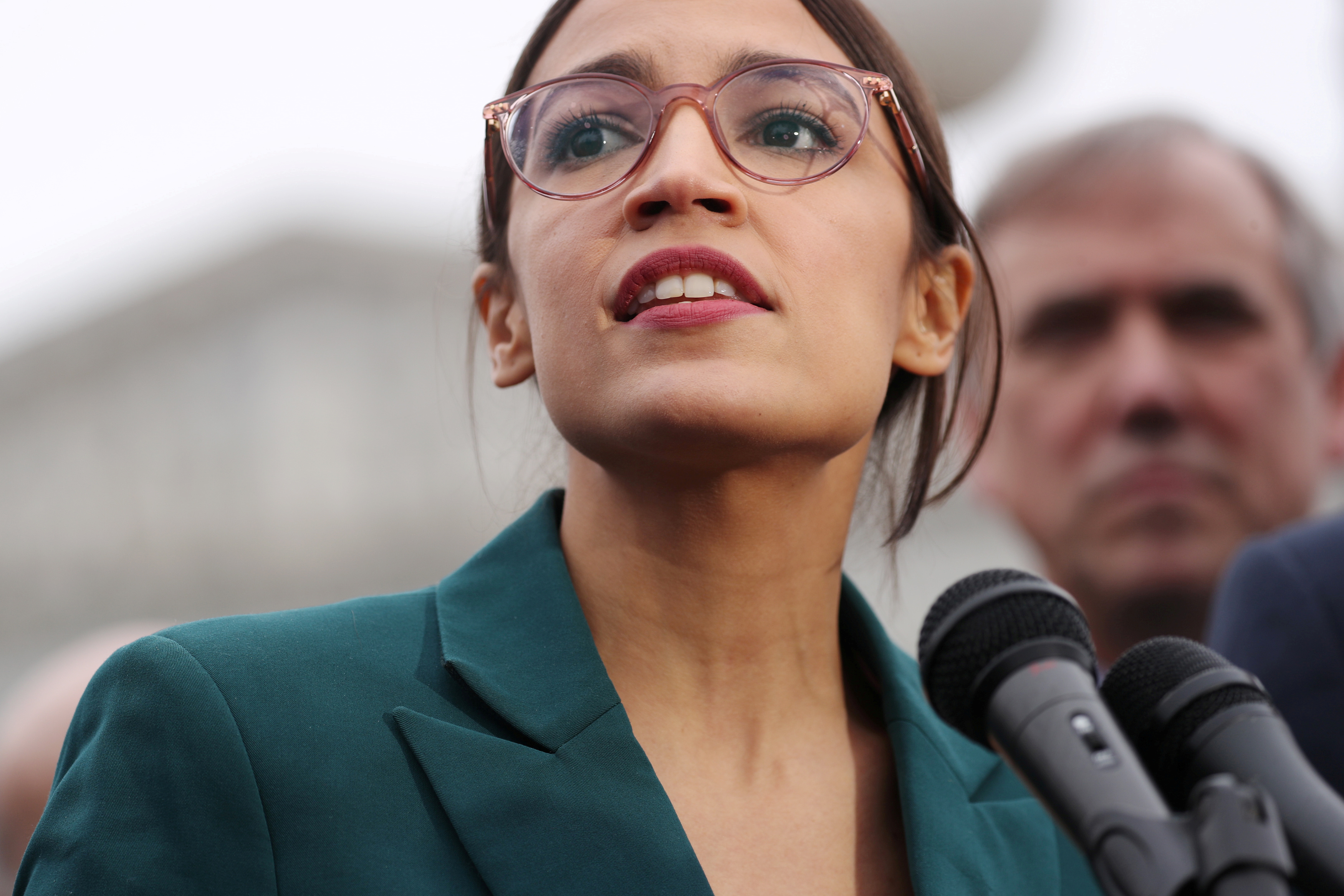 However, Ocasio-Cortez criticized Feinstein for dismissing the Green New Deal. Ocasio-Cortez said global warming was “going to kill us” if nothing was done to stop it.

Republicans oppose the resolutions, and Democrats are divided over the legislation.