Spike Lee spoke politics Sunday night at the 91st Academy Awards when he called for people to “do the right thing” in the 2020 election.

Politics finally took center stage during the 2019 Oscars when the 61-year-old director accepted the award for Best Adapted Screenplay for his film “BlacKkKlansman.” It was his first Oscar ever.  (RELATED: Spike Lee Goes On Profane Rant Against Trump At French Film Festival [VIDEO]) 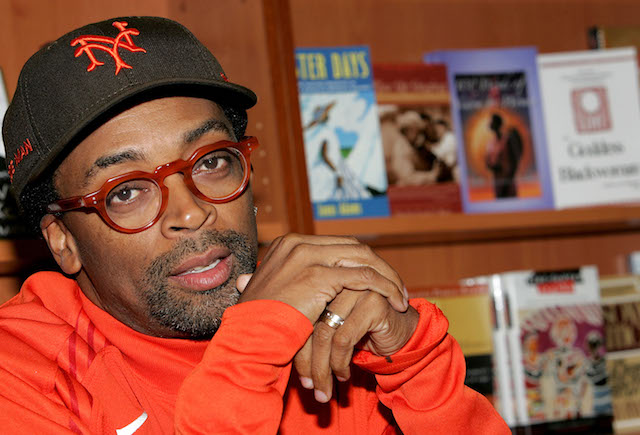 Director Spike Lee answers questions during a book signing for “That’s My Story and I’m Sticking to It” at Harlem’s Hue-Man book store October 13, 2005 in New York City. (Photo by Paul Hawthorne/Getty Images)

Once Lee took the stage, the first part of his speech was bleeped out and he reportedly warned the producers from starting the clock on his speech.

“Do not turn that motherfucking clock on,” he said, per a New York Times reporter.

Everyone is texting me asking what Spike Lee said that was bleeped… he began his speech by saying “Do not turn that motherfucking clock on!” And they sure didn’t

He shared the story of his ancestors’ path from slavery to freedom and ended it by talking about his grandmother saving up money to send him to college.

“My grandmother who saved 50 years of social security checks to put her first grandchild–she called me Spikey-Poo,” he recalled. “She put me through Morehouse College and NYU grad film.”

At the end, he started talking about the 2020 election, calling for people to make a choice between hate and love, without mentioning President Donald Trump’s name.

“Let’s all be on the right side of history. Make the moral choice between love versus hate. Let’s do the right thing!” Spike Lee gave a powerful and honest speech after his first-ever #Oscars win. pic.twitter.com/5Wr51v8sg0

“The 2020 presidential election is around the corner,” the actor shared. “Let’s all mobilize. Let’s all be on the right side of history. Make the moral choice between love versus hate.”

The director’s speech received rousing applause and a standing ovation.

It was not the first time Lee has criticized the president.