‘In My Day, If You Went Up To A Guy’s Hotel Room, You Knew Exactly Why You Were Going’: Kathy Bates On # MeToo

The White House will submit a fiscal year 2020 budget to Congress in coming weeks which seeks to force the Democratic party’s hand on accepting spending cuts.

Acting Office and Management Budget Director Russ Vought wrote in a Monday morning op-ed that the Trump administration’s forthcoming budget will adhere to existing spending caps already put into place by Congress. In order to continue making investments in defense spending, The White House will tap into Overseas Contingency Operations (OCO) funds, which are special war funds not subject to spending caps.

The White House’s plan may rankle some conservatives, particularly given that Acting White House chief of staff Mick Mulvaney and Vought have been vocally against such funding tactics. Mulvaney went so far as to introduce legislation which would significantly hinder the executive branch’s ability to spend such funds in the manner currently proposed by the White House. (RELATED: The Numbers Are In And Republicans Have Ballooned The Deficit To A Six-Year High)

A senior administration official rebutted to The Daily Caller that “any time you’re in a CAPs increase conversation, the way the Hill reads that is that we’re going to increase defense and non-defense dollar for dollar,” adding that “this sets up a dynamic where they actually have to pass a bill to override sequestration, so that’s why we’re going this route.”

Paul Winfree, the director of the Thomas A. Roe Institute for Economic Policy Studies at The Heritage Foundation and a former Trump White House official, agreed with the administration’s decision to try a new approach to cutting spending. 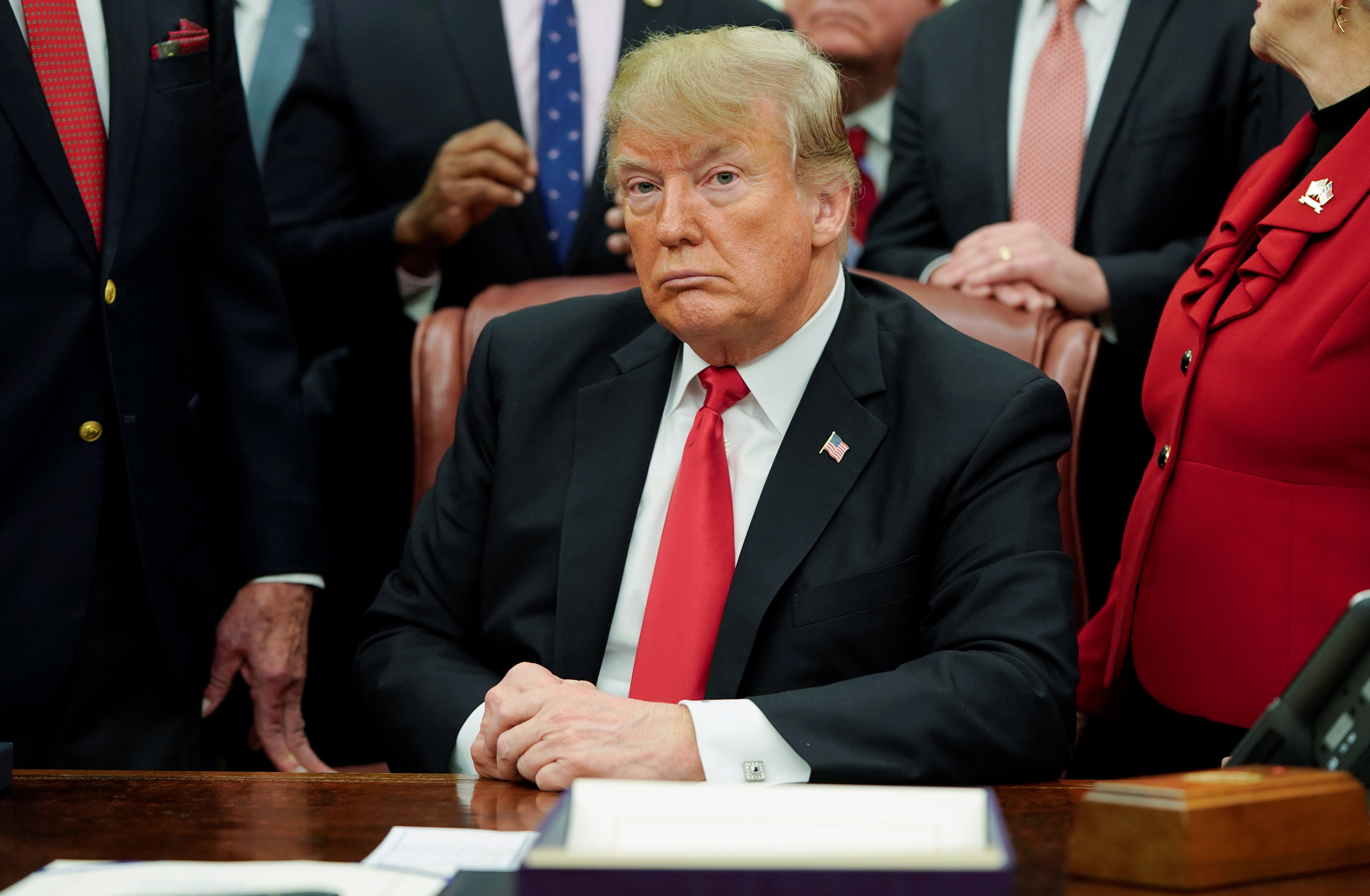 “Congress has proven that is unserious about getting spending under control. In the past, Democrats and Republicans agreed to increase spending today while paying for it tomorrow,” Winfree told the Caller. “The White House generally sees this as unacceptable and they’re trying something different. And they’re right. The status quo is unacceptable.”

The budget will significantly target government spending across the board with Vought noting in his op-ed that “the president’s 2020 budget will meet the target of a five percent reduction to non-defense discretionary spending, by means of one of the largest spending reductions in history.”

Top Democratic Reps. John Yarmuth of Kentucky and Adam Smith of Washington were quick to respond to the White House plan, saying, “If true, this is nothing more than a blatant attempt to make a mockery of the federal budget process, obscure the true cost of military operations, and severely shortchange other investments vital to our national and economic security.”

The response guarantees a likely spending fight in Congress when the budget is released. A senior administration official explained that one strategy behind the spending caps fight is to decouple it from raising the debt ceiling. Congress is quickly approaching the deadline for raising the debt limit, increasing the risk that the United States could default on its record-high $22 trillion national debt.

The official explained that while spending caps and debt limits are usually negotiated together, the administration would like to make them two separate issues.

“One of the things we’re worried about is that they tack on a number of their liberal priorities and it’s something we are wanting to take a close look to prevent,” the official asserted. “We don’t want there to be a rush to pass a debt limit that also carries with it a $300 billion or more unaffordable caps deal.”