The number of Democrats who say they’re pro-life rose 14 percent between January and February, according to a Marist Poll released Sunday night.

Those percentages mark a departure from January’s nationwide views on abortion, where 55 percent of respondents considered themselves pro-choice while 38 percent said they were pro-life, according to the poll. 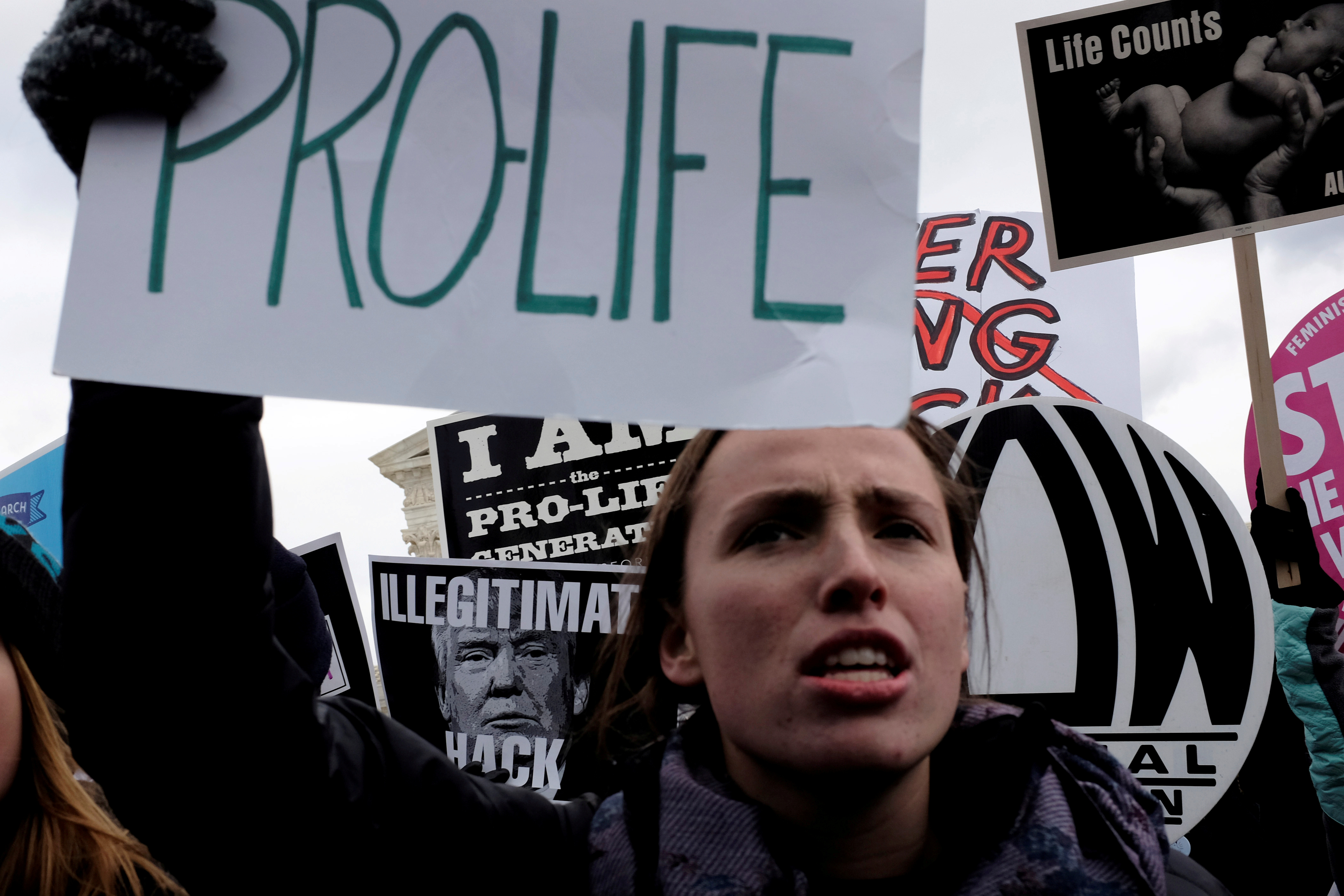 A counter-protester holds an anti-Trump sign behind an anti-abortion demonstrator as the annual March for Life concludes at the U.S. Supreme Court in Washington, DC, U.S. January 27, 2017. REUTERS/James Lawler Duggan

“Current proposals that promote late-term abortion have reset the landscape and language on abortion in a pronounced – and very measurable — way,” Marist Poll Director Barbara Carvalho said, according to a Monday press release.

The Knights of Columbus partnered with the Marist Poll to conduct the survey. They conducted their survey by interviewing 1,008 U.S. adults 18 years and older between Feb. 12 and 17. The interviews were conducted via telephone in English or Spanish. The margin of error is 3.5 percent.

The Knights of Columbus is a Catholic volunteer organization that does charity work in America, Europe and Asia.

“The recent legal changes to late-term abortion and the debate which followed have not gone unnoticed by the general public … there has been a significant increase in the proportion of Americans who see themselves as pro-life and an equally notable decline in those who describe themselves as pro-choice,” Carvalho said. (RELATED: 75 Percent Of Americans Support Restrictions On Abortion)

The poll follows New York’s passage of the Reproductive Health Act in January, codifying a woman’s ability to abort under state law and allowing women to have abortions later in pregnancies in certain cases.