Democratic Colorado Gov. Jared Polis’s signature is all that remains to include Colorado among the ranks of states prepared to abandon the electoral college system in favor of nationwide popular voting for the next presidential election.

Colorado would bring the number of states who have joined the National Popular Vote Interstate Compact (NPVIC) to 12, plus the District of Columbia. The NPVIC represents a coalition of states that have agreed to pool their presidential electoral votes for the majority candidate, regardless of individual state outcomes. 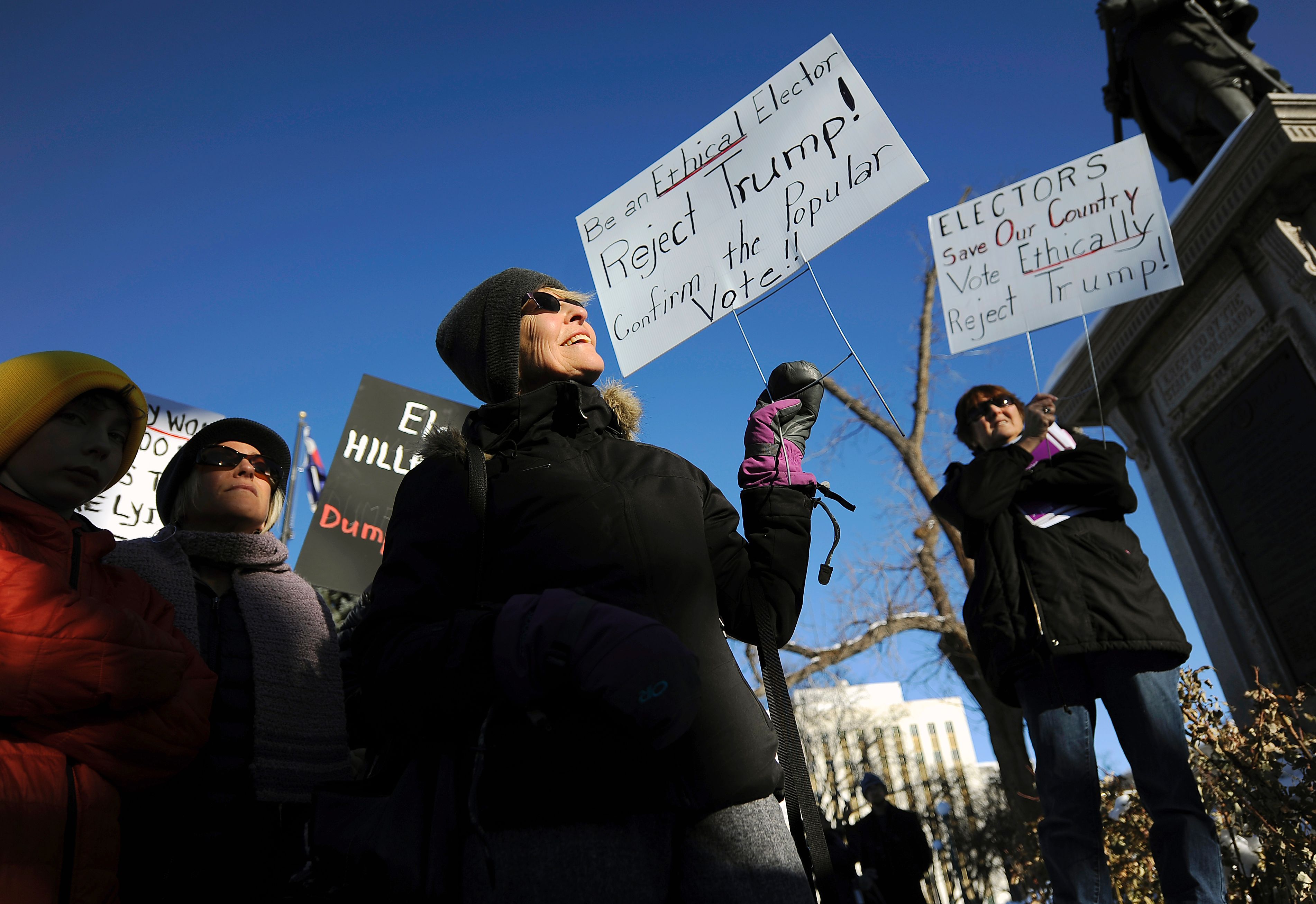 People protest outside the Colorado Capitol building in Denver, Colorado on December 19, 2016 to demonstrate against US President-elect Donald Trump on the day the Electoral College votes to certify the election. CHRIS SCHNEIDER/AFP/Getty Images

States have the constitutional right to manage the awarding of electoral votes in national elections, with many states opting for winner-take-all. If states with 270 electoral votes — or the number needed to elect a president — agree to award their votes to the majority-vote holder, it could effectively convert the presidential election to popular vote.

Colorado makes the total electoral votes represented by NPVIC states 181. To reach the required 270, they need a dozen or so more states to pass legislation. So far, no red states have embraced the movement.

Time to make Electoral College a vestige of the past. It’s undemocratic, forces candidates to ignore majority of the voters and campaign in a small number of states. The presidency is our one national office and should be decided – directly – by the voters https://t.co/OyRbXOiBpz

New Mexico is poised to join next, with legislation having passed the state’s House and pending with its Democrat-controlled Senate.