Madeleine Albright, the secretary of state under former President Bill Clinton, formally apologized Tuesday to Republican Utah Sen. Mitt Romney for mocking his comments during a 2012 presidential debate about the threat posed by Russia.

“I personally owe an apology to now Senator Romney, because I think that we underestimated what was going on in Russia,” Albright said during a House Permanent Select Committee on Intelligence.

“We had forgotten we’re dealing a KGB agent,” Albright said of Putin. “I think he has played a weak hand very well.” 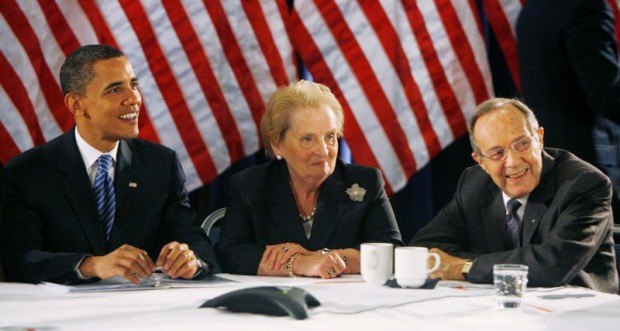 “The 1980s are now calling to ask for their foreign-policy back, because the Cold War has been over for twenty years,” former President Barack Obama said to Romney at an Oct. 22, 2012, presidential debate. (RELATED: REVEALED: Obama Campaign Hired Fusion GPS To Investigate Mitt Romney)

Romney responded to Obama’s dig, saying: “I have clear eyes on this. I’m not going to wear rose-colored glasses when it comes to Russia or Mr. Putin.”

Albright joined the chorus of Democrats who ridiculed Romney over his Russia remarks. She claimed during the campaign that Romney had “little understanding of what is actually going on in the 21st century.”