The Clay County Republican Party of Minnesota shared and then deleted a photo that compared Independent Vermont Sen. Bernie Sanders to Adolf Hitler on Monday afternoon.

The post was captioned, “Those who do not learn from history are condemned to repeat its mistakes.”

It listed six points comparing the two leaders, which were: 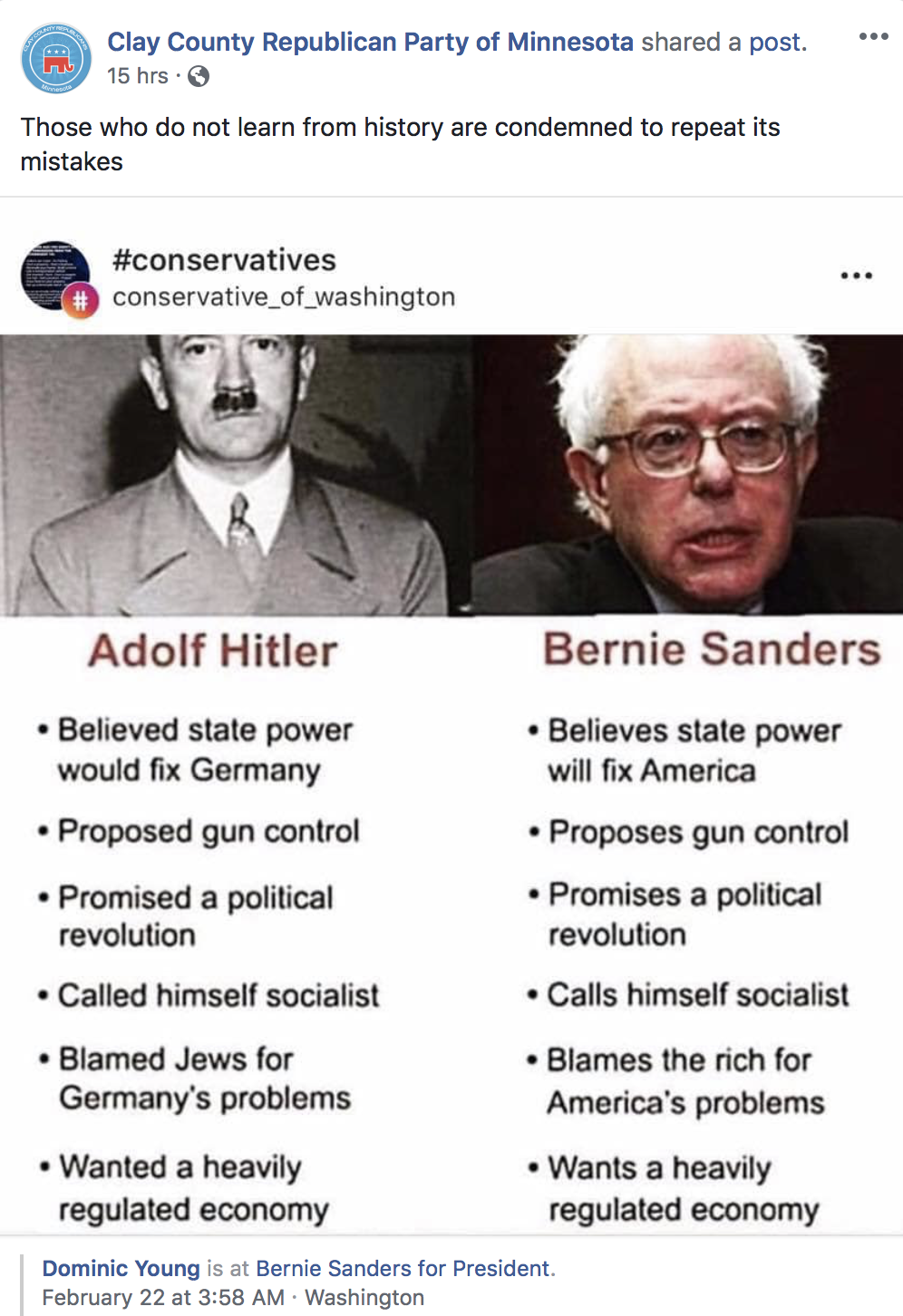 The Minnesota GOP tweeted, “The recent FB post by a volunteer with Clay County GOP is not appropriate & we do not condone these actions or their sentiment. We have called on the local GOP unit to remove the post. We must, Republicans & Democrats alike, do better to dispel hate & come together as Americans.”

In a statement to The Daily Caller, the Minnesota GOP said Tuesday:

The recent post that was shared by a volunteer on the Facebook page for the Clay County Republican Party has been taken down. Whether it’s the Democrats comparing Donald Trump to Hitler or Republicans comparing Bernie Sanders to Hitler, it is wrong, stupid, and inappropriate. We sincerely apologize.

This is not the first time a member of Congress or a political party compared a political opponent to Hitler. Last month, Democratic Georgia Rep. Hank Johnson made the comparison between Hitler and President Donald Trump. He then doubled down on it. (RELATED: Rep. Hank Johnson Says He Didn’t Compare Trump To Hitler But Does It Again)

Andy Hollinger, the Communications Director of the U.S. Holocaust Memorial Museum, previously directed The Daily Caller to an article they published on the increase in comparisons made between the Holocaust or Hitler and a political opponent.

“This oversimplified approach to complex history is dangerous,” it reads. “As the Holocaust recedes in time, some Americans (and Europeans) are becoming increasingly casual and disrespectful to the mass murder of millions.”

Editor’s note: The story has been updated to include a statement from the Minnesota GOP.