The Supreme Court seemed poised Wednesday to protect a 40-foot World War One memorial cross on public land in Bladensburg, Maryland, from a lawsuit that argues it violates the Constitution.

Though the bottom-line outcome was never seriously in doubt, the justices appeared divided and confused during Wednesday’s argument as to why the monument — know colloquially as the Peace Cross — should pass constitutional muster.

The Court’s jurisprudence concerning the establishment clause — that is, religion in public life — is famously confused. On one day in 2005, the high court said that a statue of the Ten Commandments near the Texas statehouse did not violate the Constitution, but that a similar display in a Kentucky courthouse did. Justice Neil Gorsuch colorfully derided the controlling precedents as “a dog’s breakfast” during Wednesday’s arguments.

The American Legion built the Peace Cross to honor the World War One dead of Prince George’s County in 1925. Defending the monument before the Court, the Legion suggested a new, intelligible approach for establishment clause cases: they said government should permit sectarian displays like the Peace Cross provided they do not proselytize or coerce onlookers into religious practice. Current case law requires courts to ask whether a display “endorses” religion, in appearance or in reality.

The Legion’s theory met a cool reception at the Court Wednesday, even among the right-leaning justices sympathetic to their purpose. Gorsuch said he did not see how their solution was meaningfully different from the current endorsement test.

“It seems to me that you are taking us right back to the dog’s breakfast you’ve warned us about,” Gorsuch said.

“What you advertise is a pretty concise test, but it degenerates pretty quickly,” the chief said, elsewhere suggesting the current test might be the best judges can do.

A Maryland state parks commission which assumed control of the Peace Cross in 1961 separately defended the memorial on more narrow grounds. The commission argued that the monument does not suggest explicitly Christian concepts. Rather, it recalls European battle cemeteries, where crosses were typically used as headstones. What’s more, the Peace Cross has other features that dilute its religious content, such as the seal of the Legion.

Justice Elena Kagan — who defended a cross memorial as solicitor general in the Obama administration — seemed to agree with that proposition, noting the cross stood without objection for over 90 years.

“Does the cross really have a dual meaning?” Ginsburg asked. “It is the preeminent symbol of Christianity.” 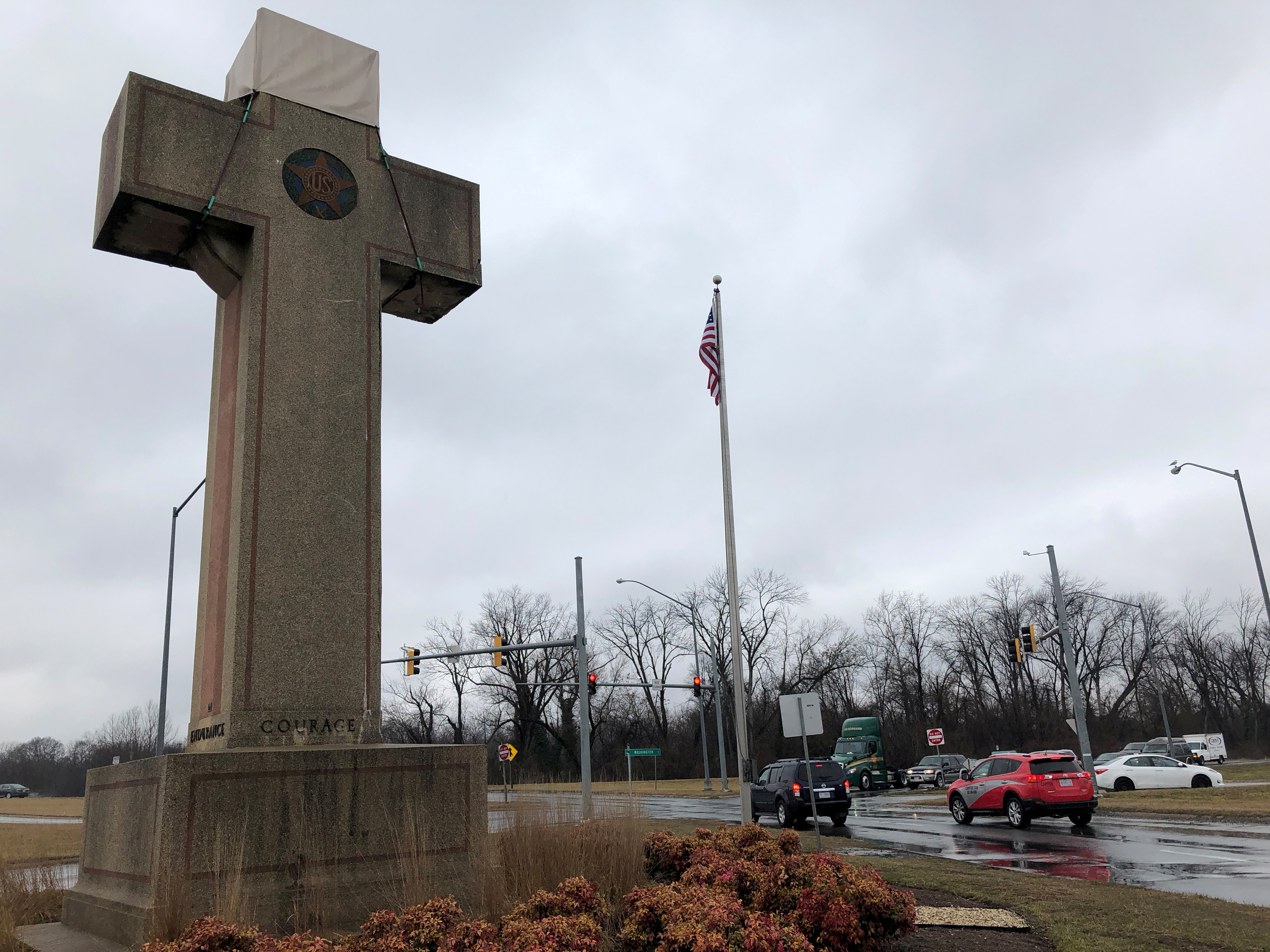 A concrete cross commemorating servicemen killed in World War One, the subject of a religious rights case now before the Supreme Court, is seen in Bladensburg, Maryland. REUTERS/Lawrence Hurley

Justice Stephen Breyer proposed a middle way, suggesting that older memorials invoking sectarian themes should be protected, though similar monuments should not be erected in the future.

“History counts,” Breyer said. “But no more. We are a different country now, and there are more than 50 different religions.”

A divided three-judge panel of the 4th U.S. Circuit Court of Appeals found that the memorial violates the Constitution, over a dissent that feared the ruling would prompt the removal of crosses from Arlington National Cemetery, which sits in the 4th Circuit’s jurisdiction.

The case arose in 2014, when three Maryland residents sued the parks commission with the support of the American Humanist Association (AHA). The plaintiffs say that the Peace Cross violates the First Amendment’s ban on religious favoritism.

The Legion intervened in the case given its historical connection to the monument. The Legion and other veterans groups still host annual programs at the Peace Cross.

Speaking outside the Supreme Court after Wednesday’s argument, the Legion’s national judge advocate expressed regret that the justices needed to hear the case at all.

“This memorial honors and remembers those 49 heroes that died for our freedom,” Bartlett said. “We feel terrible that we have to be here. When we signed up to go into the service nobody asked what our religion was. We went in and did our job just like those men.”

“Let’s keep honoring them just like we need to honor all of our memorials,” he added.

Alec Schemmel contributed to this report.