Fox News host Tucker Carlson summed up Tuesday’s Michael Cohen congressional testimony by noting that if the former Trump attorney “had the dime” on his former boss, “he would drop it.”

“So the pee tape is not real,” Carlson said, after playing Democratic Maryland Rep. Jamie Raskin stating his doubt that the infamous “pee tape” exists.

The Fox News host noted the demise of the “juiciest part of the Trump dossier,” then opined that another key part—that of Cohen’s supposed trip to Prague—would surely be verified now that Trump’s former attorney is “heading to prison” and likely eager to spill as much as possible on his former boss. 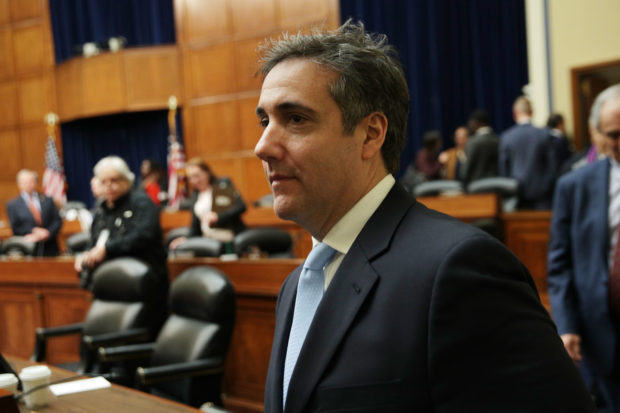 “Never been to Prague,” Tucker said after playing Cohen’s testimony. “This is the point at which what they call the narrative, starts to break down a little bit. If Michael Cohen never went to Prague, as BuzzFeed and Adam Schiff and the entire primetime lineup of MSNBC have told us repeatedly that he did, then how exactly did Michael Cohen collude with the Russians to steal the 2016 presidential election from its rightful winner, Hillary Clinton?”

“Oh, wait, so there is no collusion,” said Carlson. “There is no Russian blackmail. There is no obstruction of justice. There is none of the things that our entire media class has spent the last two years huffing and speculating wildly about. Keep in mind Michael Cohen is Trump’s personal lawyer of ten years. He now hates Donald Trump and would like to destroy him. He has said that again and again. If Michael Cohen had the dime, he would drop it. But he doesn’t. There is nothing there. It was all a lie.”

Instead of wrapping things up, Carlson lamented “two more days of stuff just like this,” where “members of Congress reveal that they’re not only dumber than you thought they were, but they’re a lot creepier.”