Biden made the comment while speaking at an event in Omaha, Nebraska. The remark provoked a quick backlash online from left-wingers.

Nixon addressed Biden in a tweet, writing “you’ve just called America’s most anti-LGBT elected leader ‘a decent guy.’ Please consider how this falls on the ears of our community.” 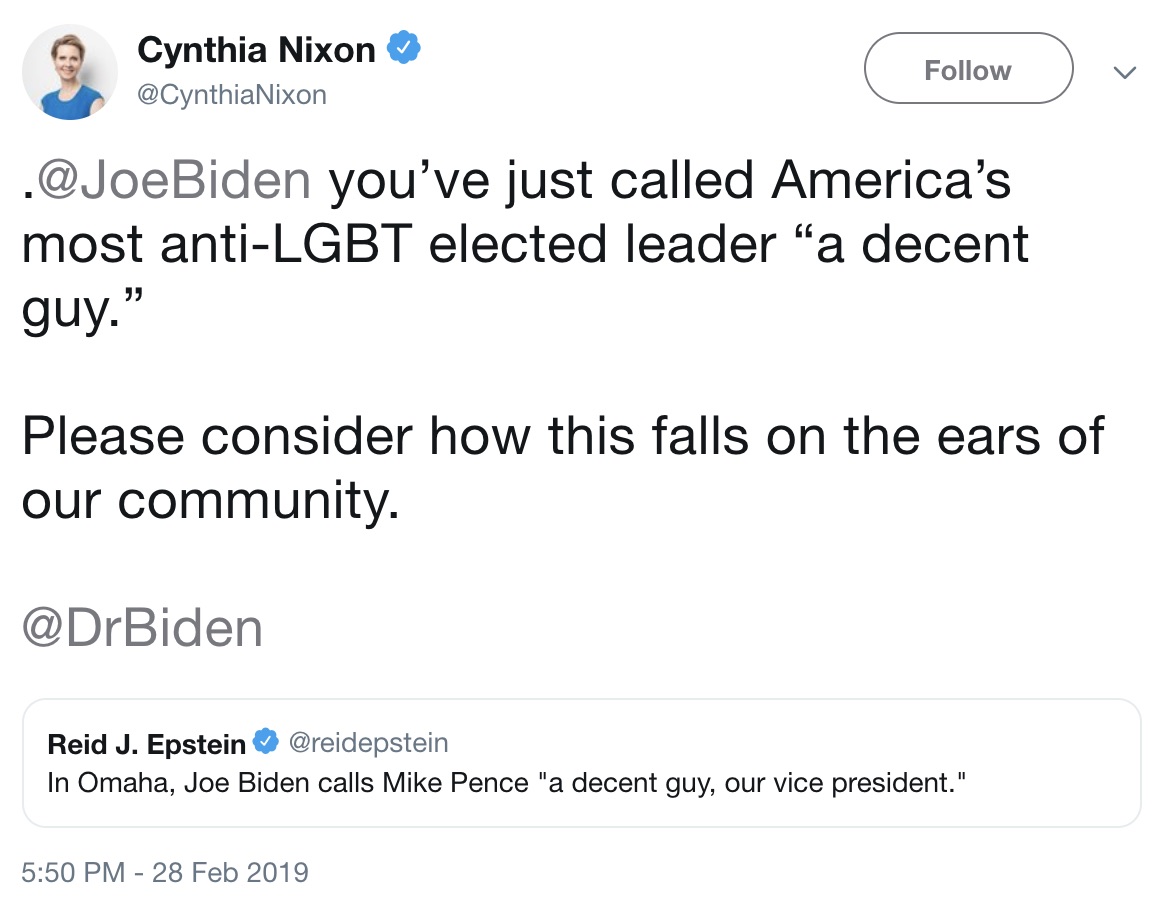 Biden, who rarely tweets, responded in less than an hour. 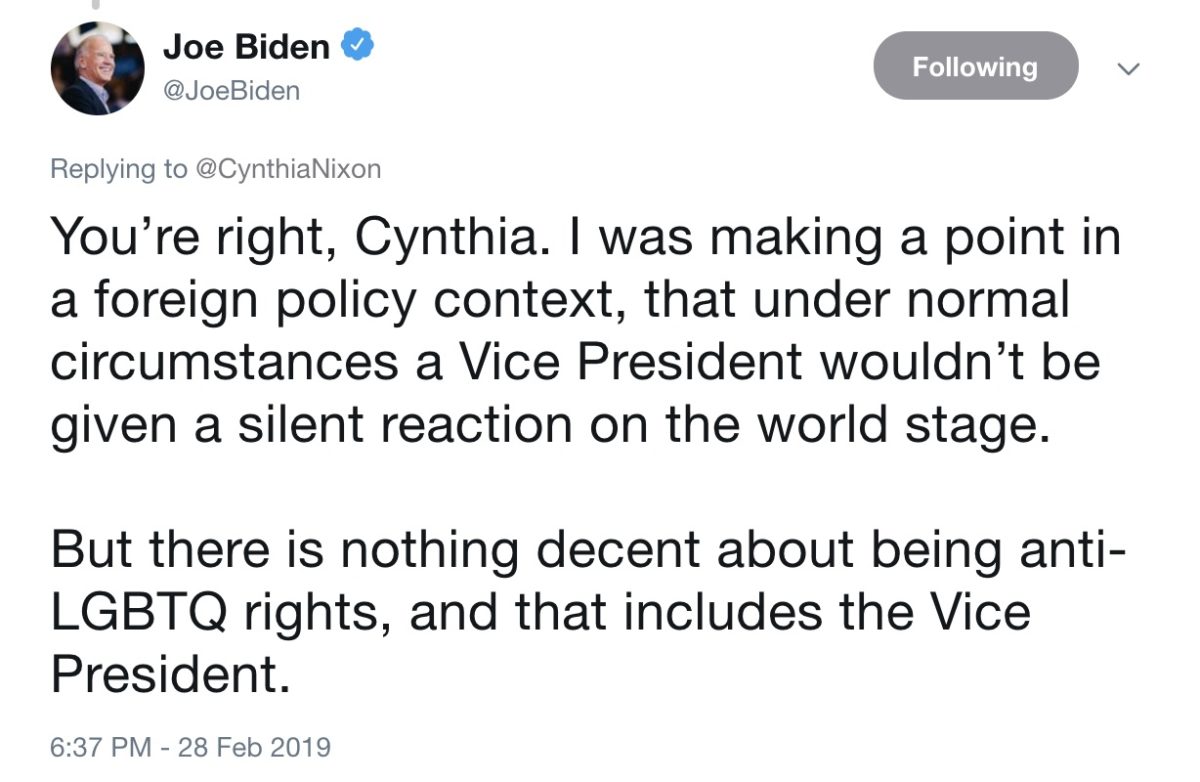 “You’re right, Cynthia. I was making a point in a foreign policy context, that under normal circumstances a Vice President wouldn’t be given a silent reaction on the world stage,” he wrote in a reply.

“But there is nothing decent about being anti-LGBTQ rights, and that includes the Vice President.” 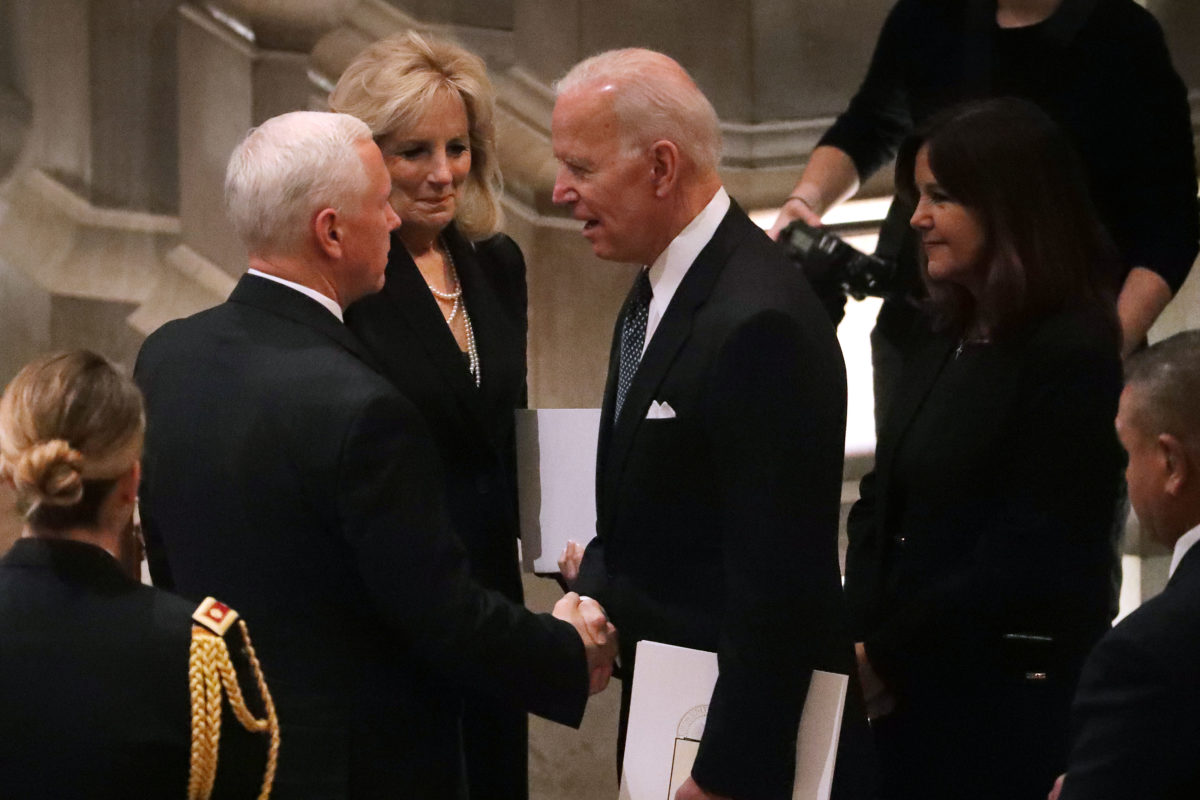 “Thanks @JoeBiden. Appreciate the response. But please understand from where we sit, his dehumanizing of our community disqualifies @MikePence for the honorific of ‘decent’, regardless of the context,” she replied. (RELATED: Twitter CEO Caves To Liberal Backlash, Apologizes For Eating Chick-Fil-A)

Biden has strongly indicated that he is going to run for president in 2020 and is expected to launch his campaign in the near future.

Biden said on Tuesday that “the people who are usually the biggest donors in the Democratic Party” and “some major Republican folks” have offered to help fund his campaign.