Oklahoma residents will be able to carry a firearm without obtaining a permit after Nov. 1, according to a new law signed Wednesday by Oklahoma’s Republican Gov. Kevin Stitt.

His first legislation signed into law, Stitt discussed its importance in a ceremony held Wednesday after a Senate vote. “As I traveled all over the state to all 77 counties, I heard from Oklahomans all over that they wanted us to protect their right to bear arms,” Stitt said. 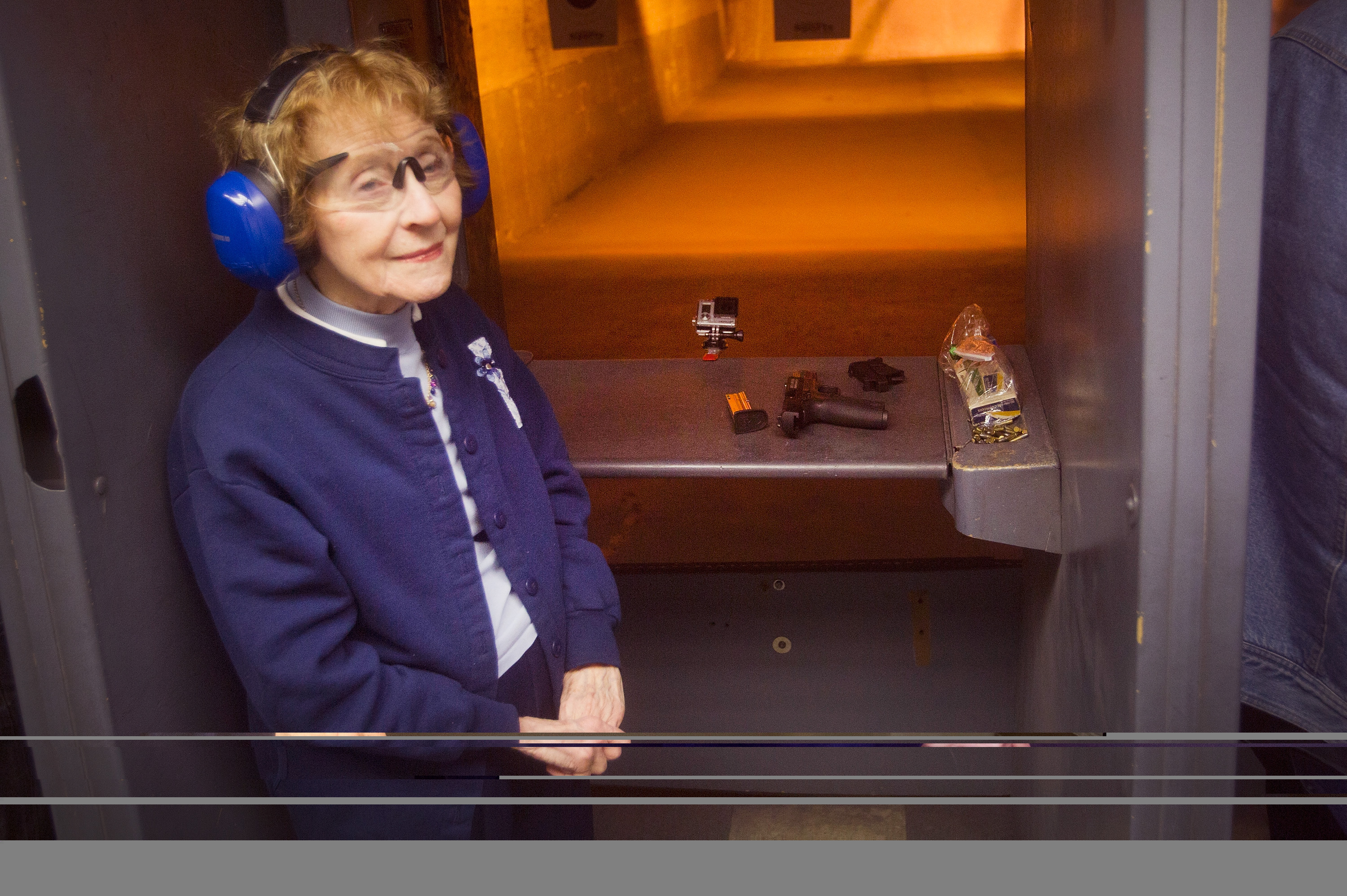 Eighty-three-year-old Evelyn Donohue listens to instructions at a shooting range before firing her pistol to qualify for an Illinois concealed carry permit on Feb. 14, 2014 in Posen, Illinois. (Photo by Scott Olson/Getty Images)

Specifically, House Bill 2597 eliminates the concealed or unconcealed carry permit requirement for anyone over 21, or over 18 for active duty, veteran or reserve military personnel. Commonly referred to as “constitutional carry,” it easily passed through both state chambers, with the House voting 70-30 and the Senate voting 40-6.

Training will no longer be needed for carry, however, there are other safety provisions included in the law. Persons convicted of domestic violence or a felony and those with adjudicated mental illness will be prohibited from carrying, according to a summary written by NBC’s Tulsa, Oklahoma, affiliate KJRH. The bill also does not allow firearms on federal, state, town, county or city property, and it prohibits carry on any private or public school property, including college campuses. Additionally, the bill maintains current protections that allow private property owners to prohibit firearms from being carried.

Stitt’s approval of the bill stands in contrast to actions of former Republican Gov. Mary Fallin, who vetoed similar legislation in May 2018. She faulted the measure’s lack of training requirement and reduced background standards, according to her statement. (RELATED: Republican Oklahoma Governor Vetoes ‘Constitutional Carry’ Bill)

After the law takes effect, Oklahoma will join over a dozen states that already allow the unrestricted carry of firearms.